One of the last veteran creators from comicdom’s Golden-age, Allen Bellman, passed away March 9, 2020 at 95. His career and legacy from the start had it’s roots in Timely Comics (now Marvel) history where he penciled and inked throughout the 1940’s and early 1950’s at the Timely-renamed Atlas Comics and at Lev Gleason. Senior Inkwell Contributor Steven Freivogel, Allen’s agent, webmaster and fellow Floridian neighbor, wanted to honor his good friend by sharing some memories in the tribute below. We at the Inkwell express our sincere condolences to Allen’s wife Roz and all their loved ones. Bob 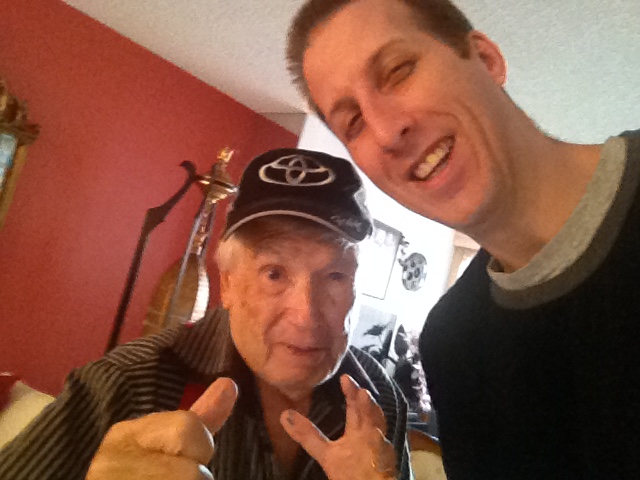 What can be said about a man who was kind and caring to not only myself and my family but many lives and people he came across and touched?

Allen’s life story began when he started working for his parents’ bakery shop in Manhattan. Being very much into art and cartoon strips, Allen studied at the High School of Industrial Arts. He saw an ad and almost missed his chance to work at Timely Comics but his father told him to go. He started out doing backgrounds (and “junk work” as he stated) as a teenager for Syd Shores but became a full time staff member working with Gene Colan, Syd Shores, Sol Brodsky and even Stan Lee as well as many titles including Captain America Comics, The Human Torch, The Sub -Mariner. He also self-created his back-up crime feature “Let’s Play Detective”.

His stories included not only Timely Comics , of which he recounted with superb memory, but seeing Jackie Robinson play, buying the firstAction Comicscomic book, having his artwork stolen out of his car (he stated “who knew?” as they just either threw it away or kept the art in odd places), his family life and New York.

He eventually left comics stating that he never could remember why, started and sold a business and, with his first 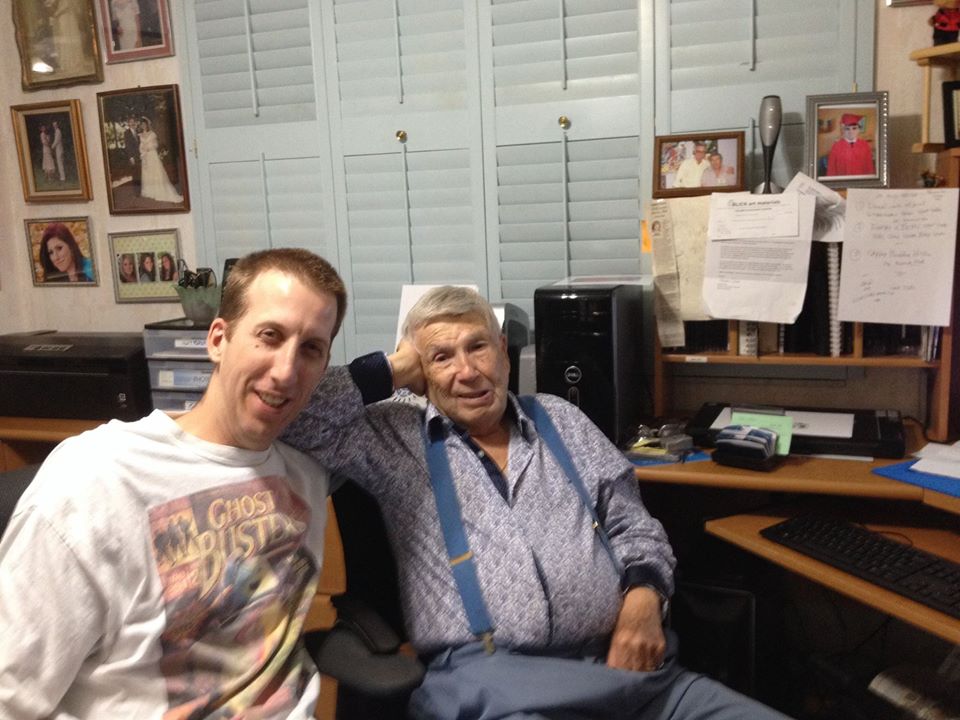 marriage behind him, he did meet his “Wonder Woman” and true love Roselyn and they were married for 57 years as of April 15, 2019.

They moved to South Florida and Allen took up photography and joined the art department for the Sun Sentinel.

The first time I met him was through my wife who was an editor on a story about him. Joyce stated – “Do you want to meet a comic book artist I know in Tamarac?” I did not know much about him or his history but was intrigued. She called him and we came over to meet him and Roz. I still remember that first time coming to his place with my Captain America comic books and just sitting and listening to his stories. After meeting him that first time, we spoke a few more times. I then offered to help get him back out there and make his name more mainstream. It started with a few public appearances (the first was Florida Supercon with promoter Mike Broder) and it grew and grew and grew to twelve plus years to where I had Allen attending conventions, having a full-fledged website, signings and finally getting the recognition he deserved so very much.

We met many, many times and spoke many, many times. He and Roz were also there from the beginning even when my daughter was born. They were truly and always great, supportive friends.

Like Dr Seuss said, “The stories I could tell…” as there were too many great ones to count but a joy each and every time to ask and hear about them.

I continued to help Allen and Roz in what they may have needed for booking conventions (later on with Kathy Gummere’s help and much needed knowledge from Dr. Michael Vassallo, Terry Cronin, Stan Lee, Jackie Estrada, Nancy Shores, Joe Goulart and Michael Uslan), to Allen’s website to even changing the light bulbs in their place. Allen and Roz’s kindness and connections were also evident with other people the Bellmans came across including Claudia Wells, Bob Layton, the Delbos, George Moss, Reb Brown, Bruce Macintosh, Allen Stewart, Chip Cronkite, Mike Zeck, Tate Ottati, Andrew Satterfield, Danny Fingeroth, Roy Thomas, Joe Staton, Joe and Mark Sinnott, Mark Hodges and the Simons (if I forgot anyone, I apologize).  I also consider myself lucky to have had the first-hand experience and knowledge to visit weekly and speak to Allen almost everyday, not just about Timely but about life in general.

No few words can sum up what Allen Bellman has done for not only Timely, the Navy (did you know he painted the logos on the planes?) and my family. With his lovely wife Roz by his side, he was solid and true to the end.

For Captain America comics and the world, we have now lost the last piece to a great puzzle of history.

I will miss you, my dear friend. 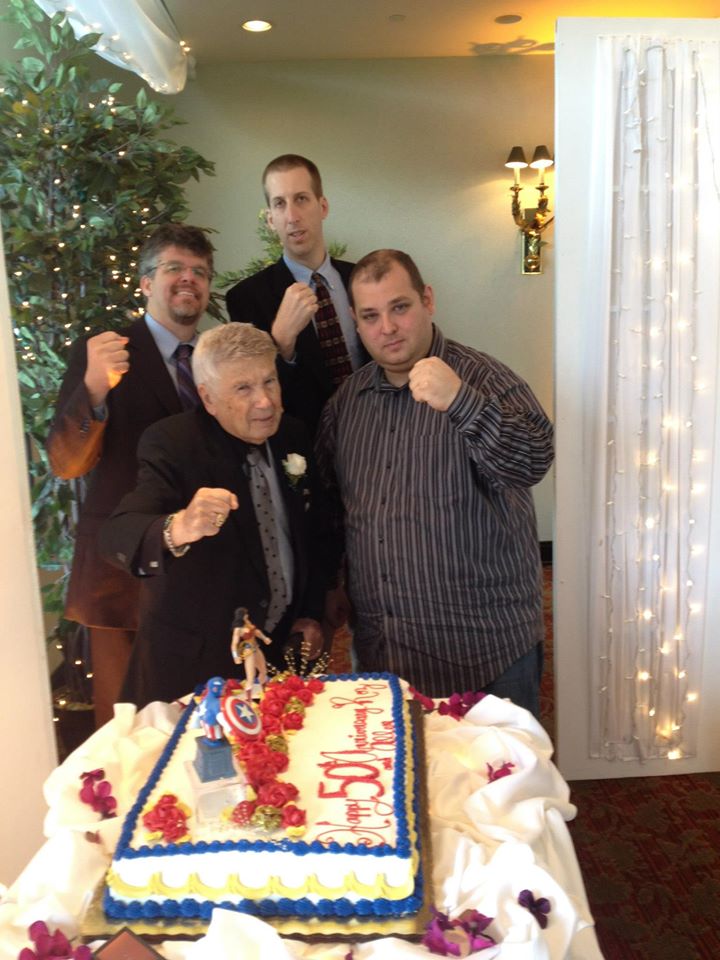 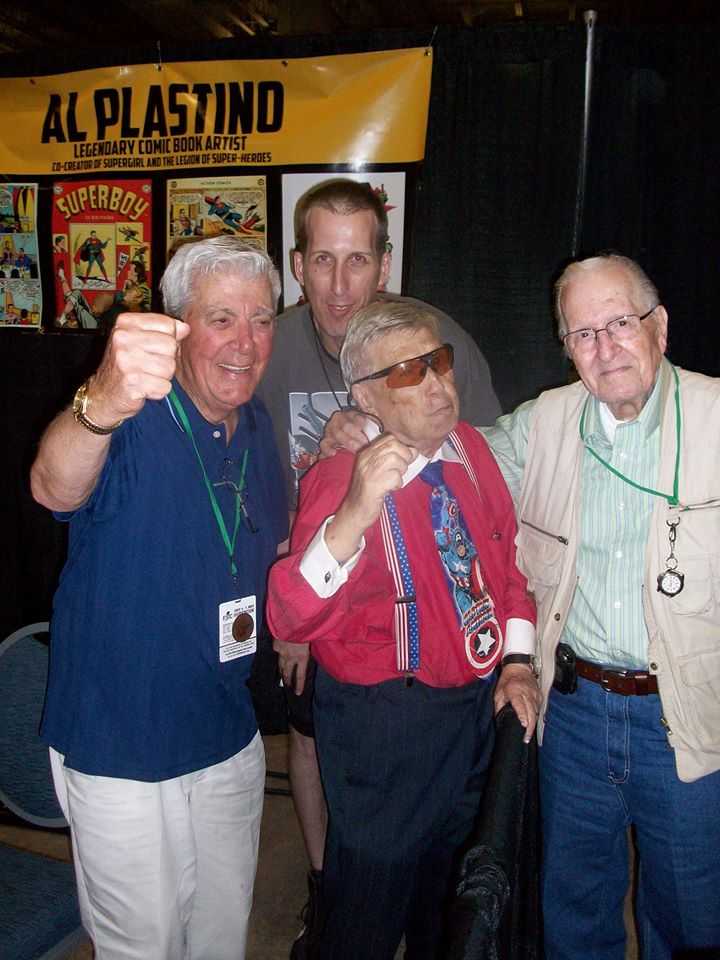 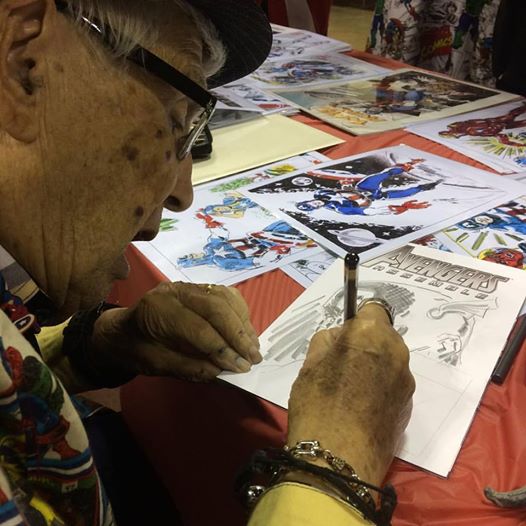