Anyone who has received or bought our annually, published books knows that I have always included a chronological list of the dearly departed from our community that had past away in the ending Inkwell season (June-June) on the book’s credits pages.  This started with the Inkwell Awards Donation & Results books and then continued with the Sinnott Inking Challenge books.  However, as has been announced, we skipped this year with producing the next Inking Challenge collection, which would’ve been our 6th edition. For that reason, I will post here that list. I never know if these lists are complete as I record what I see and read on social media and that’s not the most-thorough way to handle this.  So please feel free to add any I missed in the comments section.  All subsequent deaths will be mentioned in the 2018 book. The Inkwell Awards offer their sincere condolences to the family and loved ones of the recently departed and may they all rest in peace. ~B 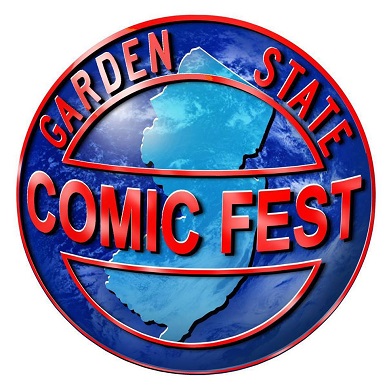 The next stop on the Inkwell show tour is Garden State Comic Fest (GSCF) taking place on Saturday-Sunday July 8-9 ion Morristown, NJ.  The reason that is significant and worthy of an announcement is that Inkwell Awards founder and director, inker Bob Almond will be joining the panel alongside friends and peers 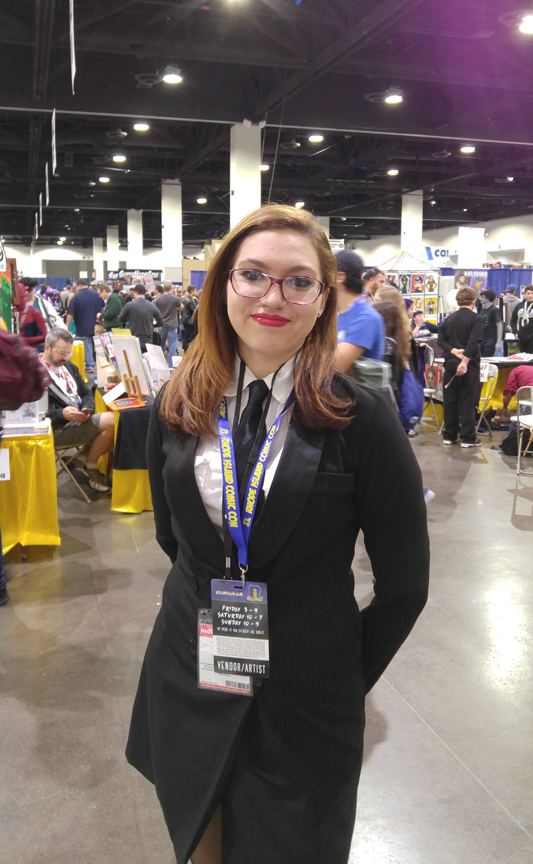 Scott Hanna, Christopher Ivy, Bob Wiacek and Mark McKenna.  For the first time Hailey Skaza-Gagne who acts as the non-profit’s spokesmodel Ms. Inkwell will moderate the panel Saturday from 12:30-1:30. Bob Last moderated an inking panel in the 200s at the Pittsburgh Comicon. He was last an inking panel panelist at the 2011 Heroes Con. Scott Hanna is the record-breaking, seven-time Inkwell award recipient and Mark McKenna was a 2012 Sinnott Hall of Fame award recipient. 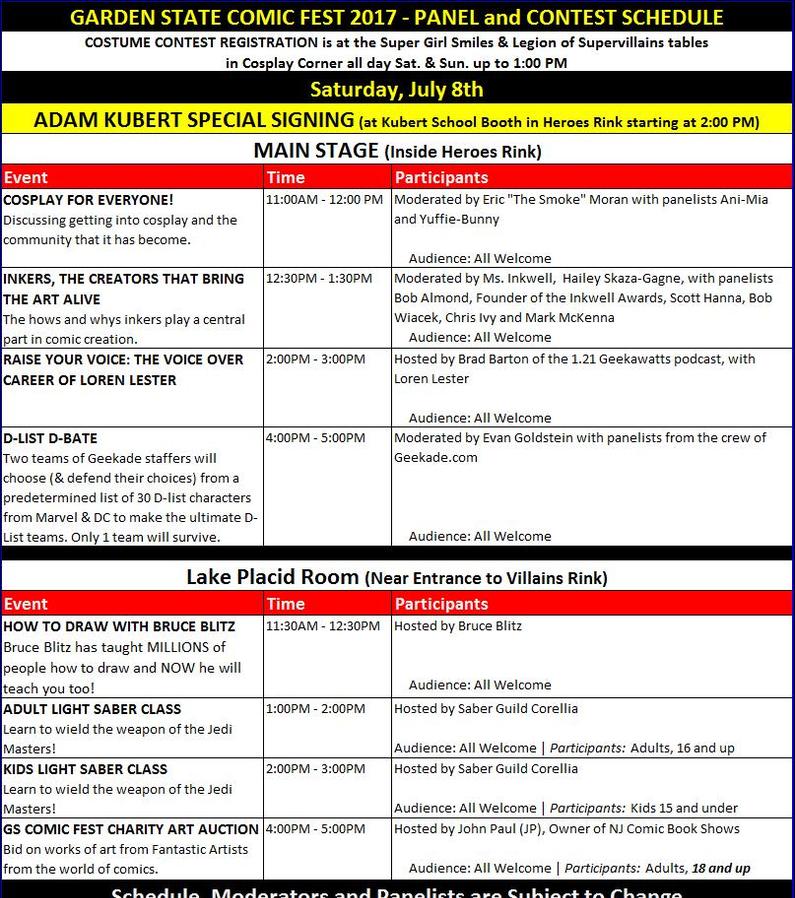 (New Bedford, MA/USA—June 19, 2017) The Inkwell Awards has released the names of the winners of its 10th annual awards for excellence in the art form of comic book inking. As before, nominees were chosen by a separate and independent nomination committee; this year had more nominees than ever. Voting by professionals and fans alike took place via live ballot at the non-profit advocacy’s website. One winner was chosen in each of five categories based on American-based interior comic-book work cover-dated 2016.

Separately, the Inkwells internally selected the two recipients of the annual Joe Sinnott Hall of Fame Award and, this year, two recipients for the Special Recognition Award (SRA) category. Winners were contacted and many of the invited guests were present to receive their trophies during North Carolina’s Heroes Con, the host show for the Inkwells, for their seventh live ceremony. Winners and nominees are listed below, along with the percentage of votes received, where applicable. 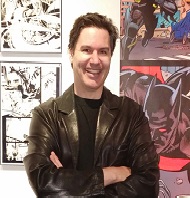 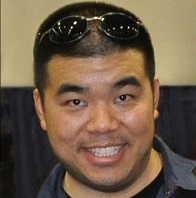 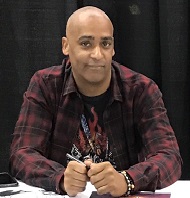 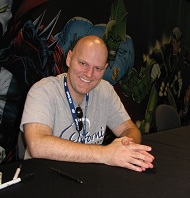 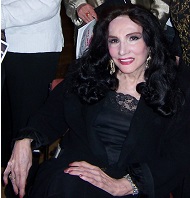 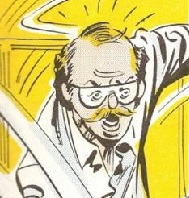 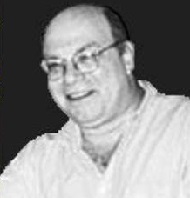 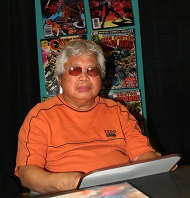 Joe Sinnott, the award’s namesake and first recipient, made a statement regarding this year’s inductees:

“I have always been in awe of the fabulous art that Rudy Nebres does. Such detailed and beautiful ink lines are displayed on every page. I really enjoyed the outstanding work that Rudy did on The Savage Sword Of Conan. It is in my opinion some of the best illustration that I have ever seen. It is always a pleasure when we get together at shows. We always have such a good time. I only wish we could do it more often.

“Jerry Ordway, much like Rudy, is such a great artist in his own right. I greatly enjoyed his work on Superman. It is some of the finest that I’ve seen. I did have the pleasure of inking one of Jerry’s Fantastic Four issues, #296. He was one of many artists that I was able to ink on the FF through the years, and certainly one of the best. I only wish that we could have done more than just that lone issue together. 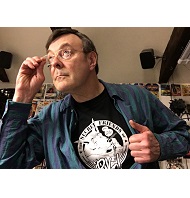 “I am so proud that these two fine gentlemen can now join our elite group. Welcome to the Joe Sinnott Hall Of Fame Class of 2017, Rudy and Jerry. You are both well deserving, and it is great to have you on board as members.

“Also, once again, a huge thank you to The Inkwell Awards for doing such an outstanding job in promoting and educating about the art of comic book inking. And to the Inkwells’ committee for electing Rudy and Jerry. To all the comic book fans, a big thank you for your continued support of The Inkwell Awards. And lastly to Bob Almond. Without Bob, none of this would be possible.”

The ceremony began with a special appearance by Guest Speaker and industry legend Joe Giella, who discussed the artform of comic-book inking, his career in the medium, and its artists. Inkwell Awards founder and director Bob Almond acted as both ceremony host and co-presenter, joined by hostess “Ms. Inkwell,” as portrayed by Hailey Skaza-Gagne (formerly Holly Black).  Artist and Inkwell Assistant Director Mike Pascale acted as co-presenter. Industry pioneer Allen Bellman acted as guest speaker to discuss his days in art school and at Timely Comics alongside SRA award recipient Violet Barclay. Joe Goulart gave a tribute for his friend, Rich Buckler, the recently departed legendary creator and Inkwell Ambassador. Almond offered a tribute for long-standing and inspiring Inkwell member Stacey Aragon, who recently passed after a decade-long battle with cancer. He renamed the SRA Award the Stacey Aragon Special Recognition Award (SRA), starting in 2018. All acceptance statements from the winners can be found in the “Results” section of the Inkwell Awards’ website in the near future.

The Inkwell Awards is the only existing official 501(c)(3) non-profit organization whose mission is to educate and promote the art form of comic-book inking, as well as annually recognize and award the best ink artists and their work. Now approaching its 10-year anniversary, the organization is overseen by a committee of industry professionals, and assisted by various professional ambassadors and contributors. They sponsor the Dave Simons Inkwell Memorial Scholarship Fund for the Kubert School and host the Joe Sinnott Hall of Fame Award. 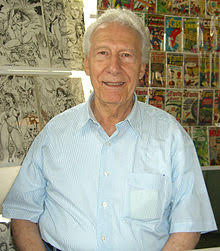 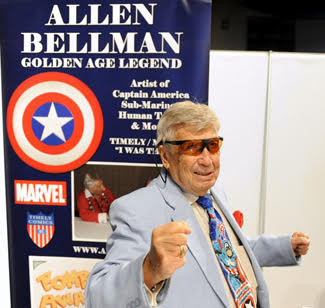 (New Bedford, MA/USA—June 6, 2017) Results from the 10th annual Inkwell Awards will be presented at the inking advocacy group’s 7th live awards ceremony at Heroes Con in Charlotte, NC. The awards ceremony is scheduled for Friday June 16, 5:00 PM at the Charlotte Convention Center, in room 209-210.

“We are very fortunate to have two living legends from the dawn of the American comic book industry to attend our celebration of inking in the sequential arts”, said Bob Almond, the Inkwell Awards’ founder/director and MC of the ceremony. “Together they’ve inked many seminal works that have influenced generations of professionals and readers alike.”

The Inkwells have five categories: Favorite Inker, the “Props” award for under-recognized professionals, the S.P.A.M.I. for Small Press And Mainstream-Independent work, Most-Adaptable Inker, and the “All-in-One” for the artist who inks his/her own pencil art. Thousands of voters cast their ballots at the group’s website in April to log their support and choose their favorites. 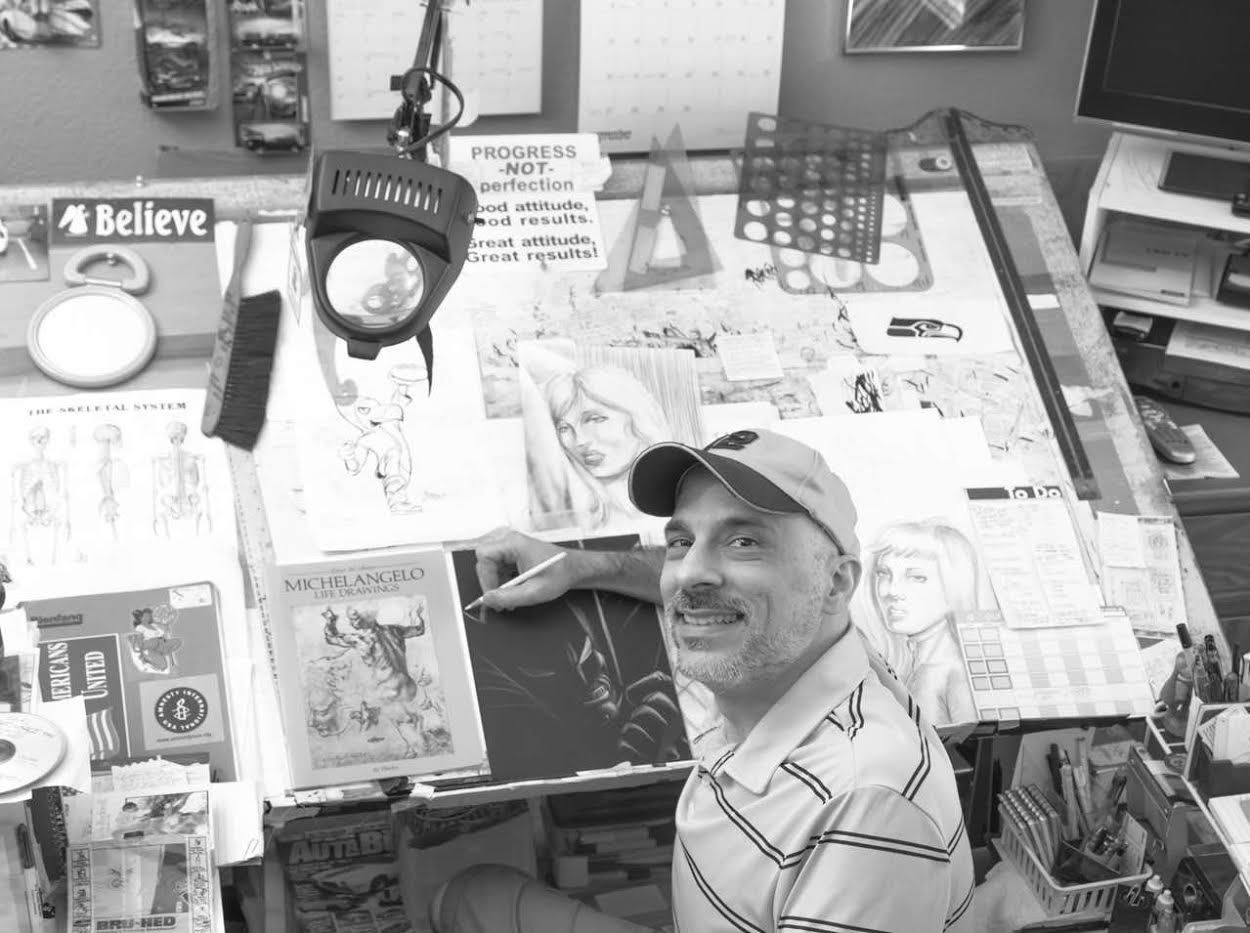 In addition to Giella and Bellman, other speakers/attendees include host and presenter Almond, hostess Hailey Skaza-Gagne as spokesmodel Ms. Inkwell, Inkwell Assistant Director/co-presenter and artist Mike Pascale, and other volunteer staff members. Announced with the publicly-chosen award-winners will be the internally-voted two recipients of the yearly Joe Sinnott Hall of Fame Award and two recipients of the third annual Special Recognition Award.

Almond added, “We’re thrilled to have more award-recipient creators appearing live than ever before, so fans will get to see and hear more of their favorites.”

Other related guests at the Heroes show itself include Inkwell ambassadors Laura Martin, Mike McKone, Cully Hamner and J. David Spurlock. There may also be surprise appearances at the ceremony by member-creators, the award recipients or other supporters.   As an added bonus, the first 25 non-member attendees will receive a raffle ticket for an automatic door prize. After the event, every ticket holder will win a prize as explained at the ceremony.

“We’ve had record attendance for the last couple years,” said Almond, “and plan to repeat that achievement, especially with our impressive lineup and prizes.”

The Inkwells will be set up in Artists Alley at an as of yet unspecified location to be announced soon at the Heroes Con website, offering (for donations) their recently-released Ms. Inkwell Gallery art book, signed by cover artist Bill Sienkiewicz as well as Joe Sinnott, Bob Almond and Hailey Skaza-Gagne, along with plenty of other Inkwell merchandise to help raise much-needed funds. (The organization will delay the next Joe Sinnott Inking Challenge book until 2018 to celebrate their tenth anniversary.) 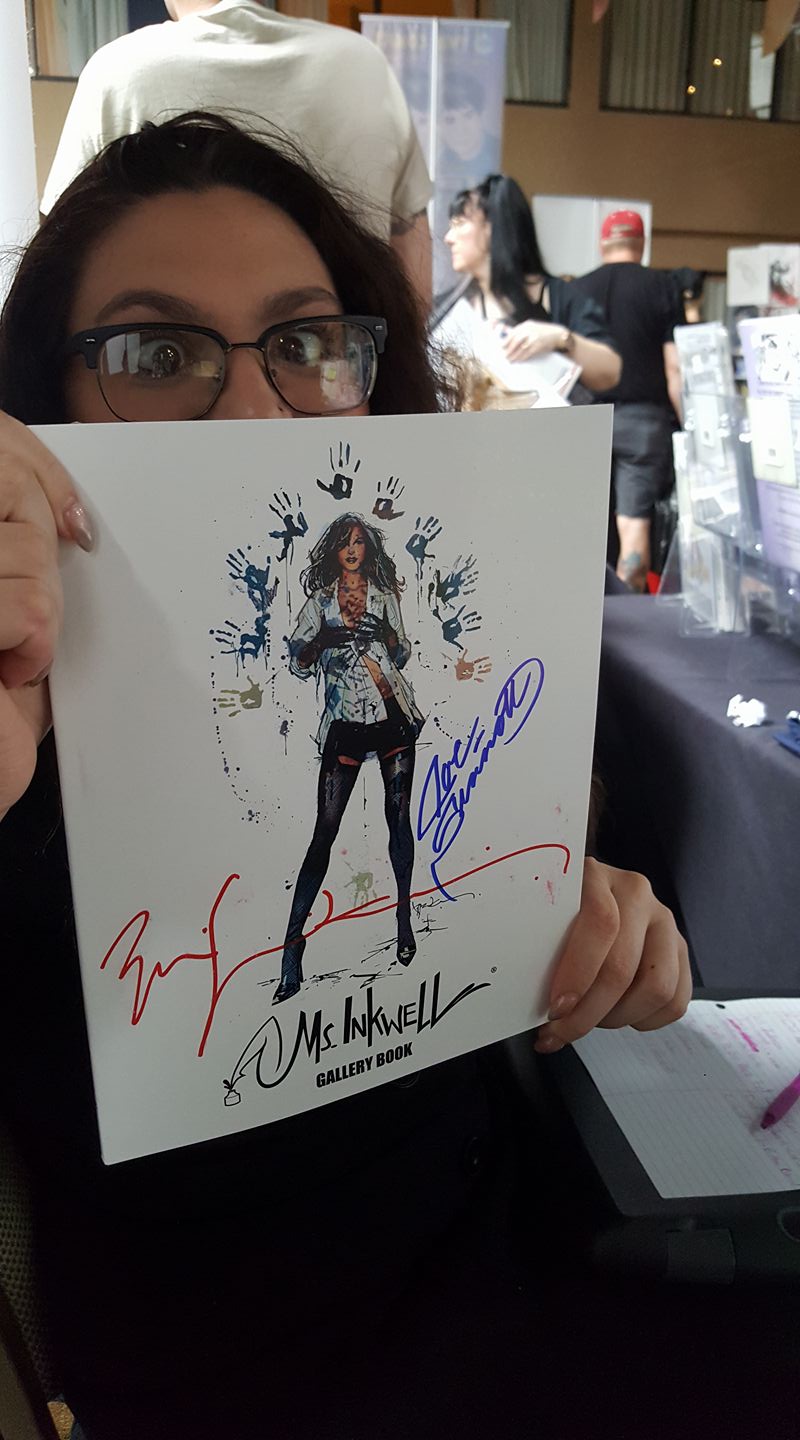 Almond concluded, “We can’t show enough gratitude to promoter Shelton Drum and the Heroes Con staff for annually supporting the community and giving fans an opportunity to learn more about and appreciate this often overlooked industry craft and its artists. Looking forward to seeing everyone on Friday and during the con!”
The Inkwell Awards (www.inkwellawards.com) is an official 501(c)(3) non-profit organization whose mission is to educate the public and promote the art form of comic-book inking, as well as annually recognize the best ink artists and their work. Now approaching it’s tenth year, the organization is overseen by a committee of industry professionals and assisted by various professional ambassadors and numerous contributors. They sponsor the Dave Simons Inkwell Memorial Scholarship Fund for the Kubert School and host the Joe Sinnott Hall of Fame Award.