To say Bob Layton has always been a comic book fan and creator would be a disservice. When Bob was four years old, his sister Sue Ann tired of repeatedly reading him the Showcase featuring Challengers of the Unknown. He decided to start reading them on his own, and that cinched his interest for a lifetime. While being an amateur comics dealer selling out of his apartment, he met fellow artist Roger Stern, who worked at a local radio station. He and Roger created their own fanzine called CPL, or Contemporary Pictorial Literature. In the mid-1970s it wasn’t unusual for publishers to have their own in-house publications. Charlton wanted to get into the superhero business, so they worked with the popular CPL to produce Charlton Bullseye. This gave them access to unpublished works by the likes of Steve Ditko and others.

Through this alliance, Bob met Wally Wood, which led to an apprenticeship. He credits Wood for teaching him the “concise inking set” with the simple concept that an artist should ensure their art always support the story. When Wood and Bob were inking, color process in comic books was (by today’s standards) sub par. For that reason, inking and screen tones were very important. Although his first inking work was a single page in Marvel UK’s The Avengers and the Savage Sword of Conan #135 (April 17, 1976), it was uncredited.

In that same year he was delivering artwork from his mentor to the office of John Romita, Sr.  Romita was on the phone frantically trying to find an inker for an upcoming issue of Iron Man which was already late. As Bob would later say, “like an idiot,” he told Romita he could do it in the remaining four or five days. Taking a chance, Romita gave Bob the pages. However, Bob knew he couldn’t do it. In a panic, he asked his friends, the “Crusty Bunkers” at Continuity Associates to help. With help from Bob Wiacek, Bob McLeod, Joe Rubinstein, and others, they got it done. Thinking he had ruined his chances at employment for Romita, Bob was surprised when a month later he received a package with the pencilled work for an issue of Champions. When he called Marvel, he discovered he was the new regular inker on that project. 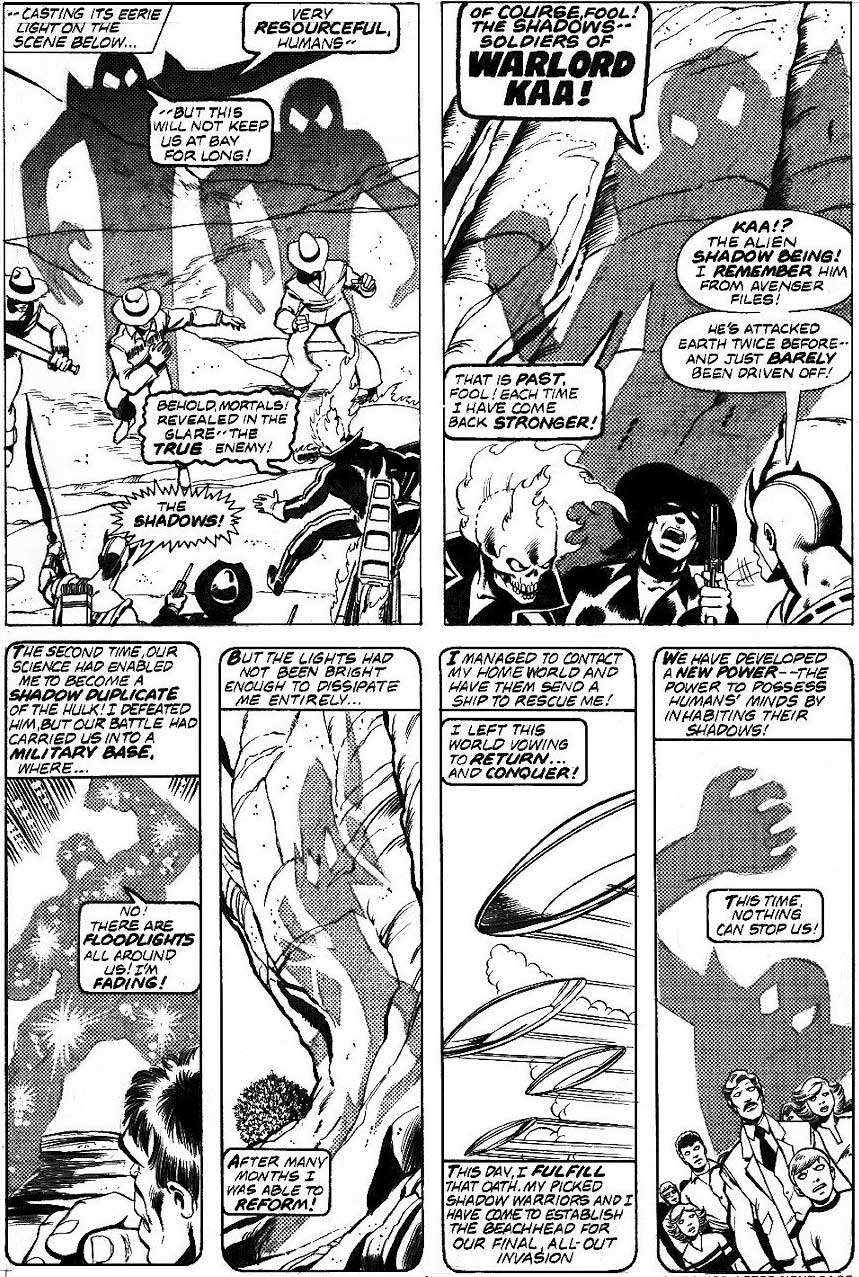 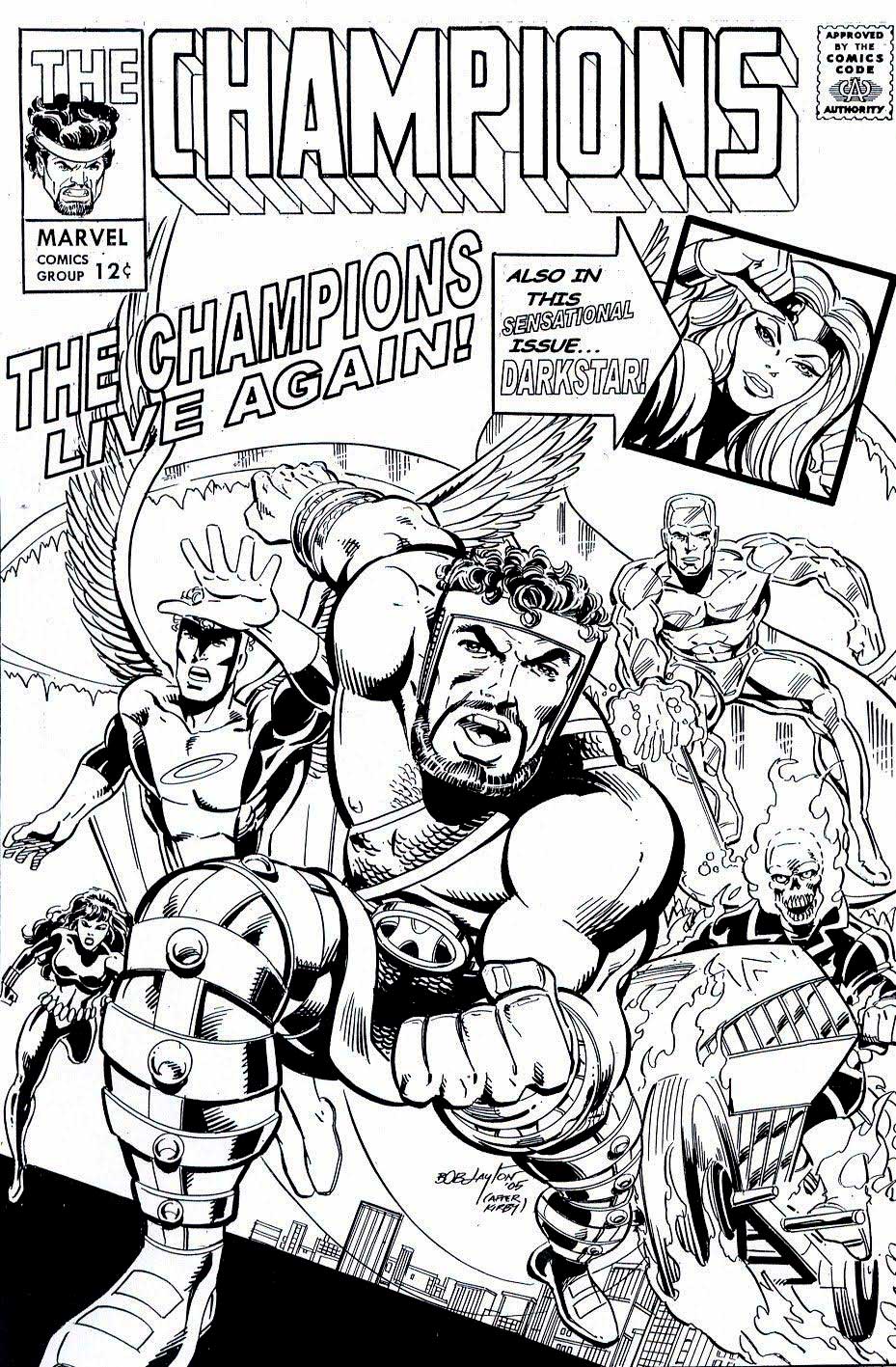 After a year at DC, he moved back to Marvel. As co-writer of Iron Man, he co-created many of the famous characters such as James Rhodes, aka War Machine, and Iron Man’s nemesis Justin Hammer. 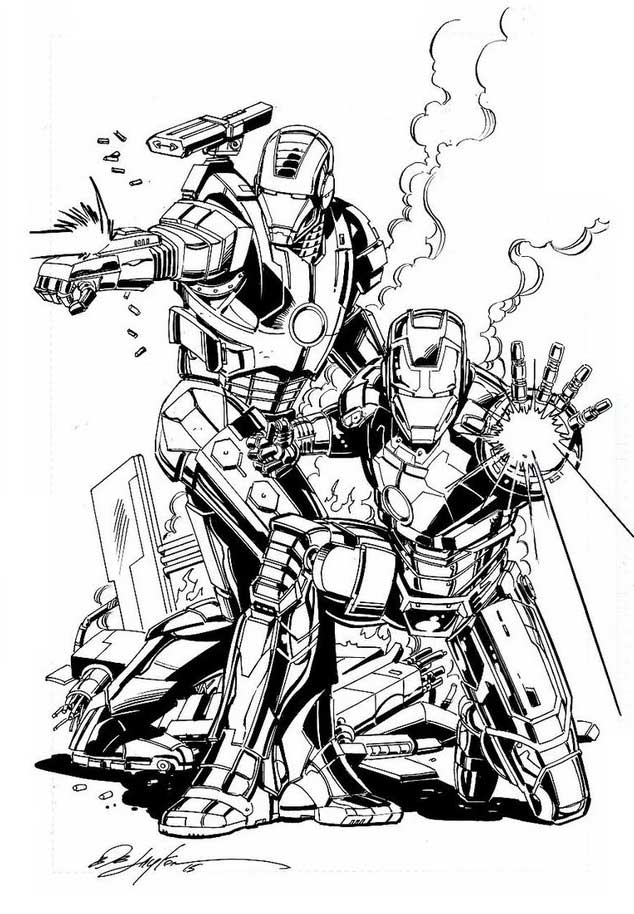 Bob has often been credited with keeping the character Tony Stark from falling into oblivion. He returned to it many times, knowing that Stark and the title always had potential. He and David Michelinie established Stark’s alcoholism. At first it was a tough sell to the editors, but it was why Stark felt more “real” to a lot of fans. Prior to their writing, Tony Stark was just a handy vehicle to put his armor into action. The armor was the main character, not Tony Stark. Although Bob and Michelinie introduced the idea of specialized armors, they made Tony Stark a person and not just used for the armor. Layton also inked for many other titles during this period, including Captain America, The Incredible Hulk, Micronauts and Iron Fist. 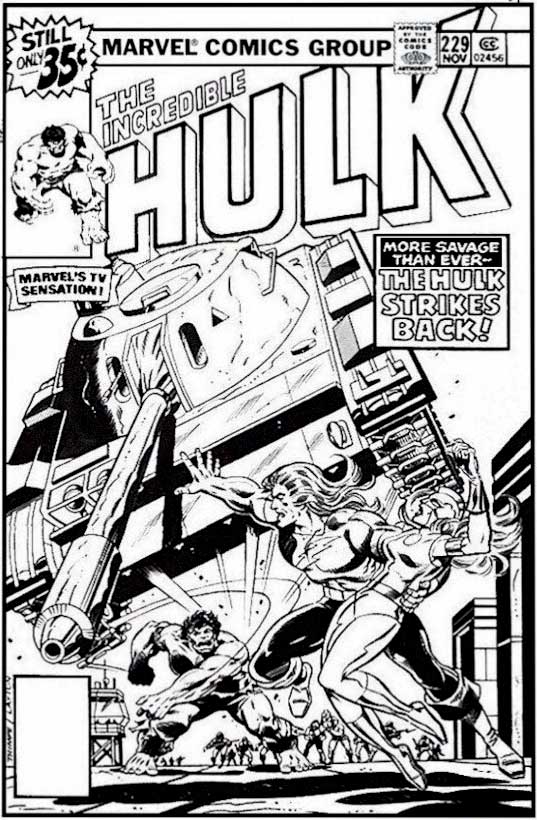 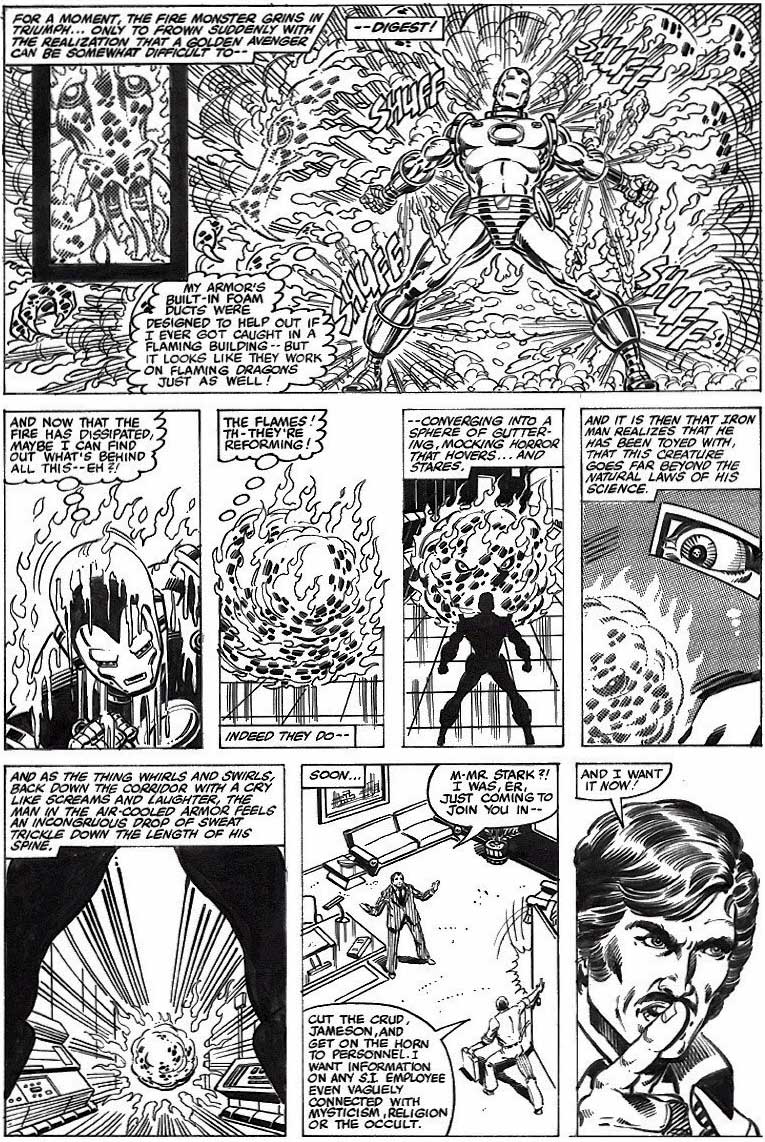 In 1982, he wrote and drew one of Marvel’s first limited series Hercules: Prince of Power. Counting Hercules as his major stepping stone into writing, Bob took Hercules down a notch. He realized that under Stan Lee, the character was likable but arrogant. 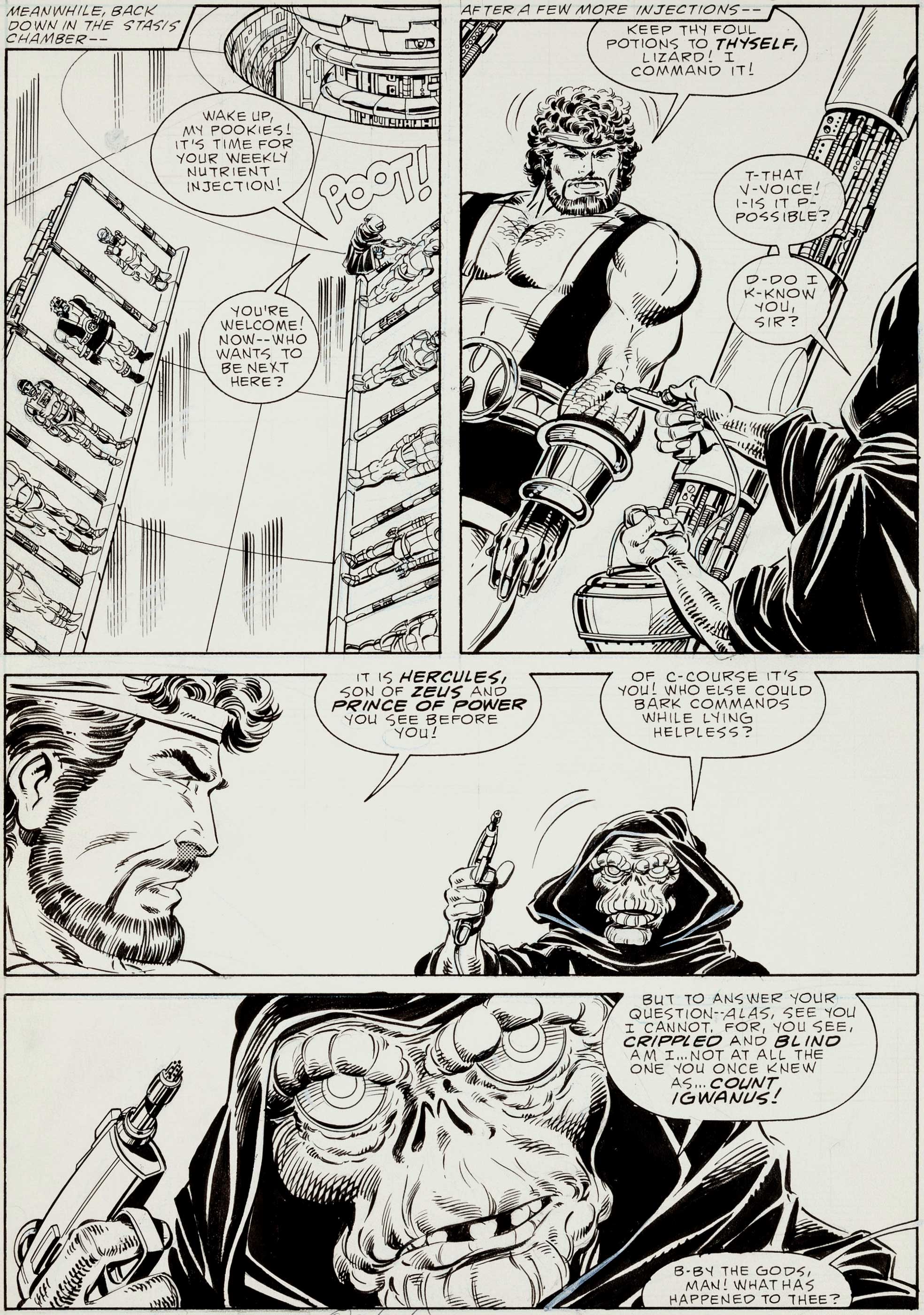 He figured Marvel took many characters way too seriously, so why not make Hercules meet people who were powerful enough to tell him no? After a brief hiatus from Marvel, he returned to the comic book world to ink Valiant Comics’ Magnus, Robot Fighter. 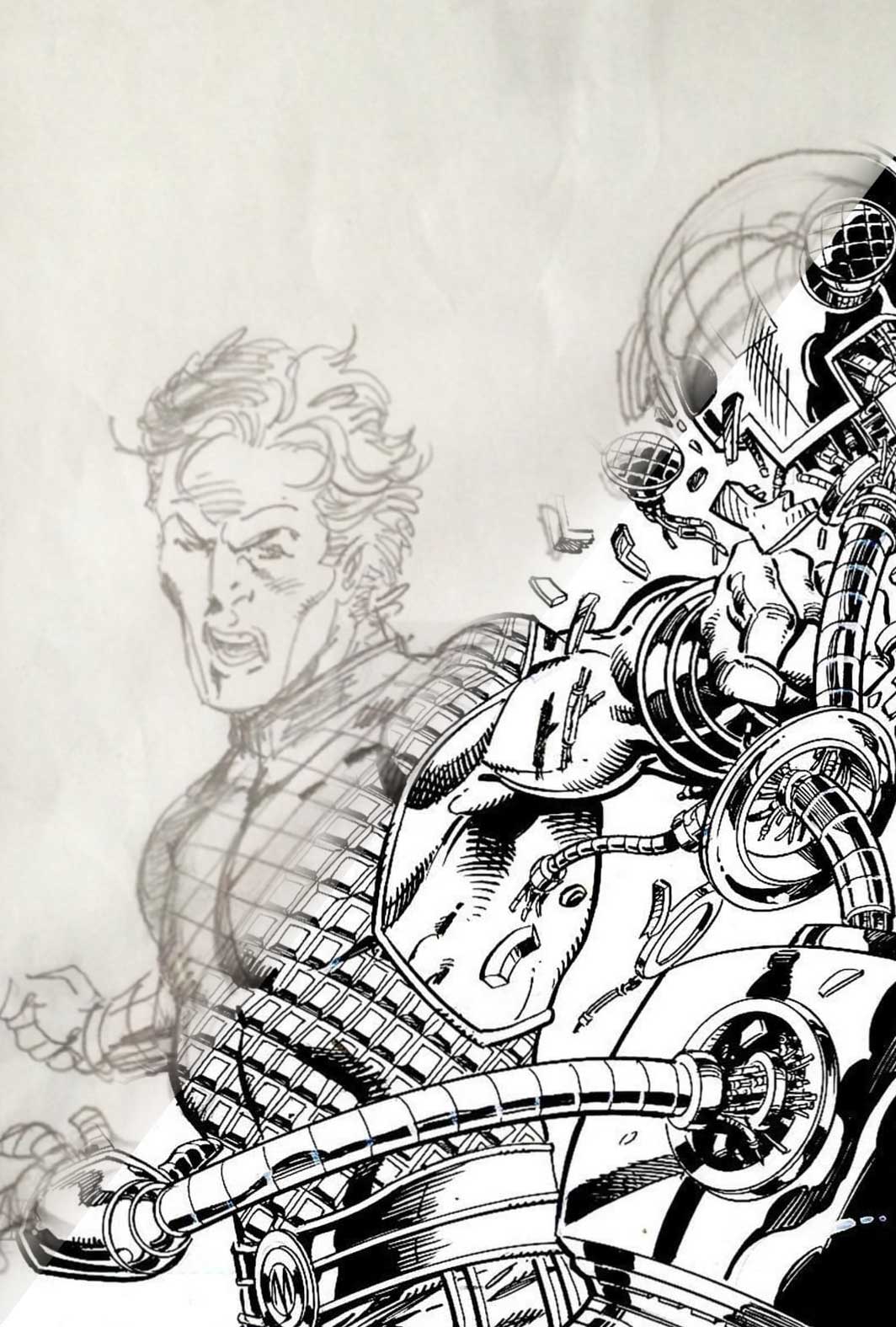 At Valiant, Bob was co-owner, editor-in-chief, inker, and other positions. Not only did he ink Archer & Armstrong #1, he also co-wrote and edited it. He inked Unity #0 and H.A.R.D. Corps written by his friend David Michelinie. 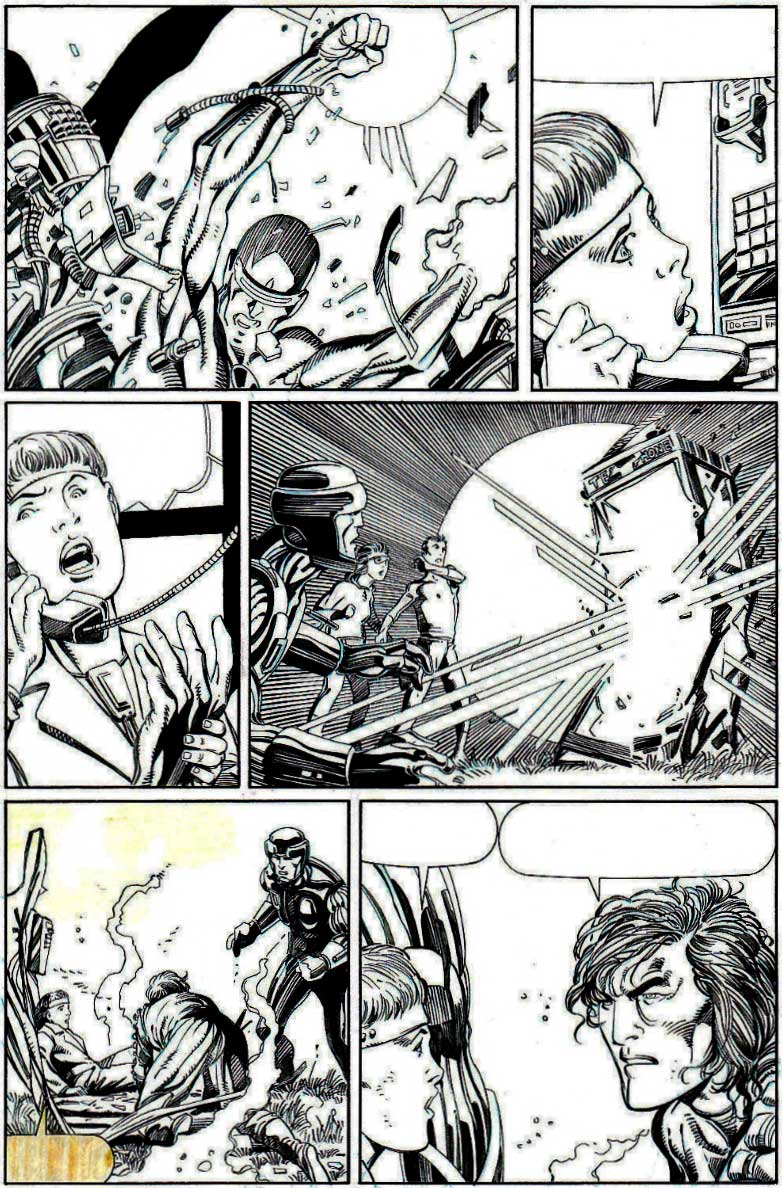 Under Bob’s leadership, Valiant won Diamond Distribution’s “Publisher of the Year” in 1993, beating the “Big Two.” After the sale of Valiant to Acclaim Entertainment, Bob was asked to help design the video game Turok, Dinosaur Hunter. 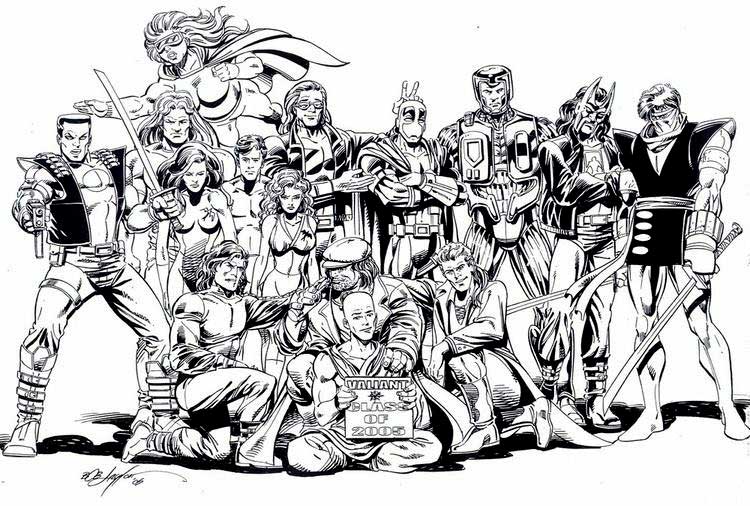 Bob temporarily retired to Florida. But someone as creative as Bob Layton wouldn’t stay away for long. He wrote the first eleven out of twelve issues of Doctor Tomorrow by Acclaim. He inked over Dick Giordano’s pencils for issue #6. Bob has always considered Giordano a mentor. 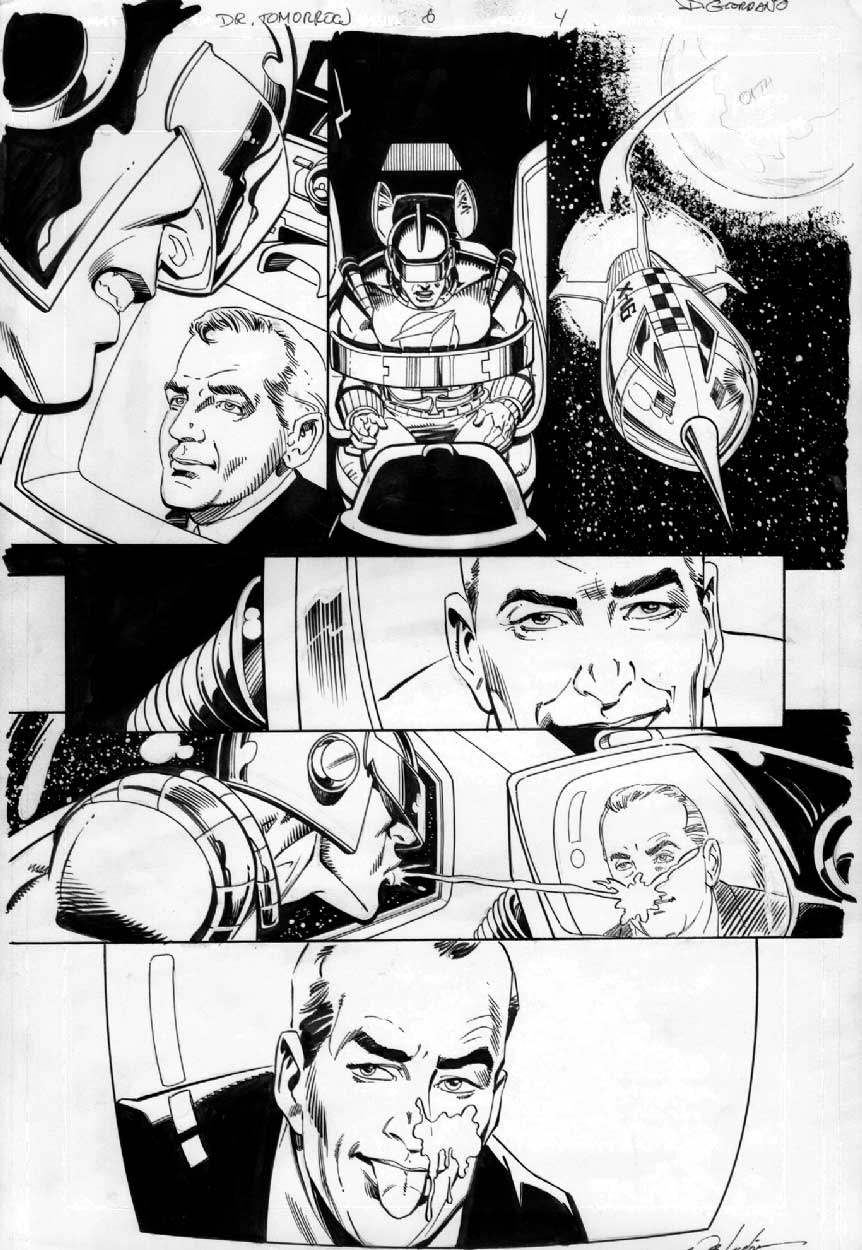 Returning to DC, Bob wrote the script and co-inked the famous Elseworlds story Batman: Dark Knight of the Round Table. Many remember that Bob worked on the Batman stories during the change from campy television hero to the grim crusader we know and love today. 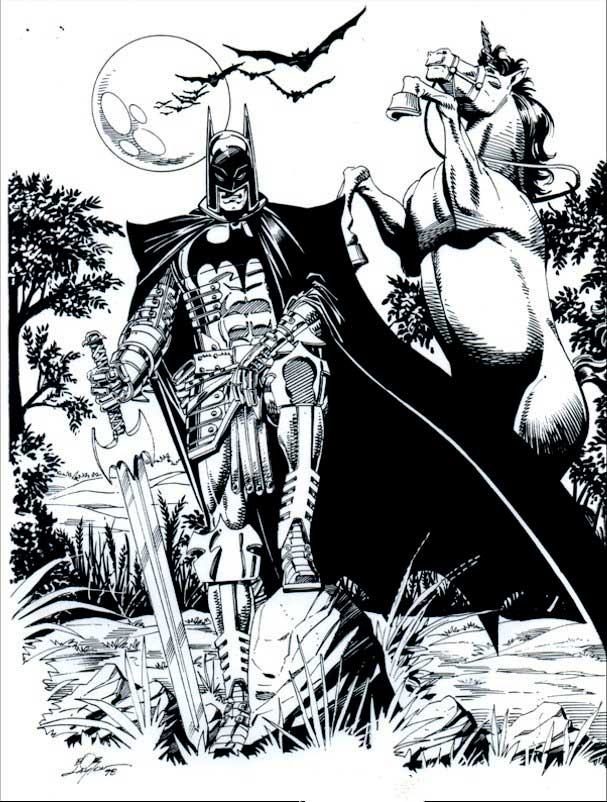 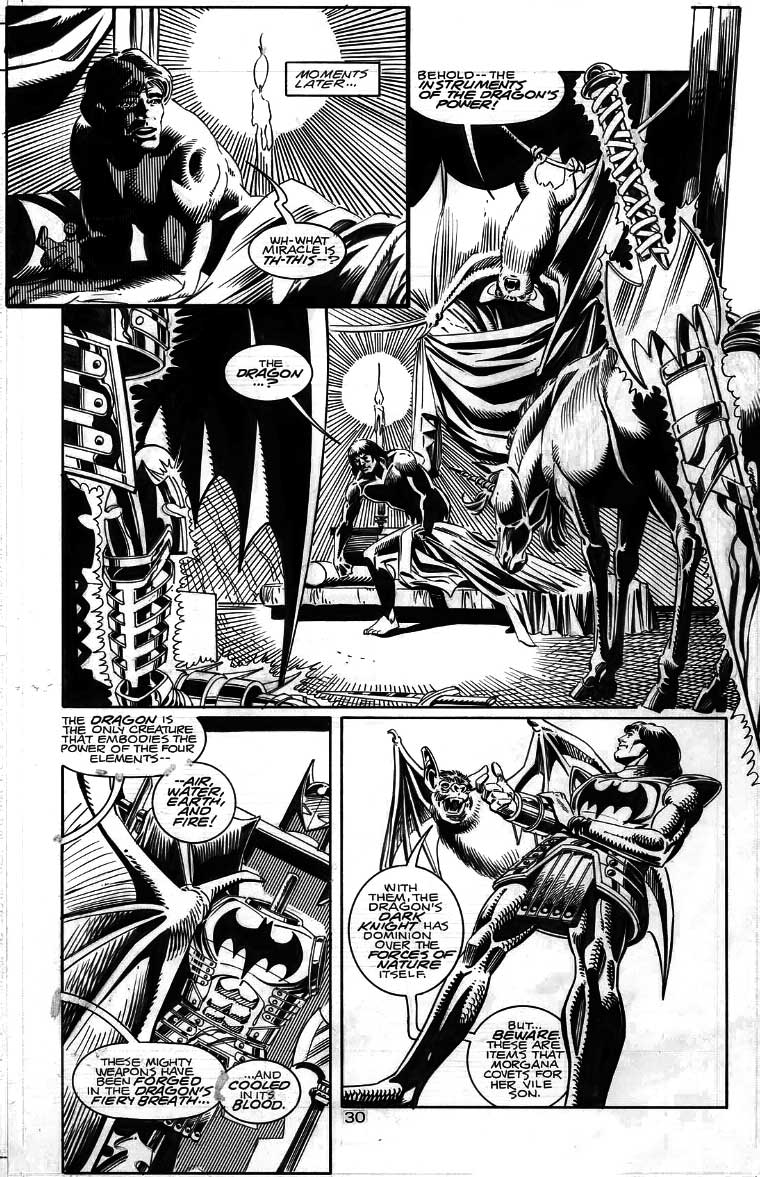 During that time, Layton  also worked on Iron Man again. He was one of the founders of the short-lived Future Comics, along with Giordano, Michelinie, and Allen Berrebbi. As he is outspoken against juggernaut Diamond Comics Distribution, they started at first with direct sales. Although this venture did not last as he hoped, Bob still hopes that others will be able to make this idea happen successfully now that more sellers are on the internet. 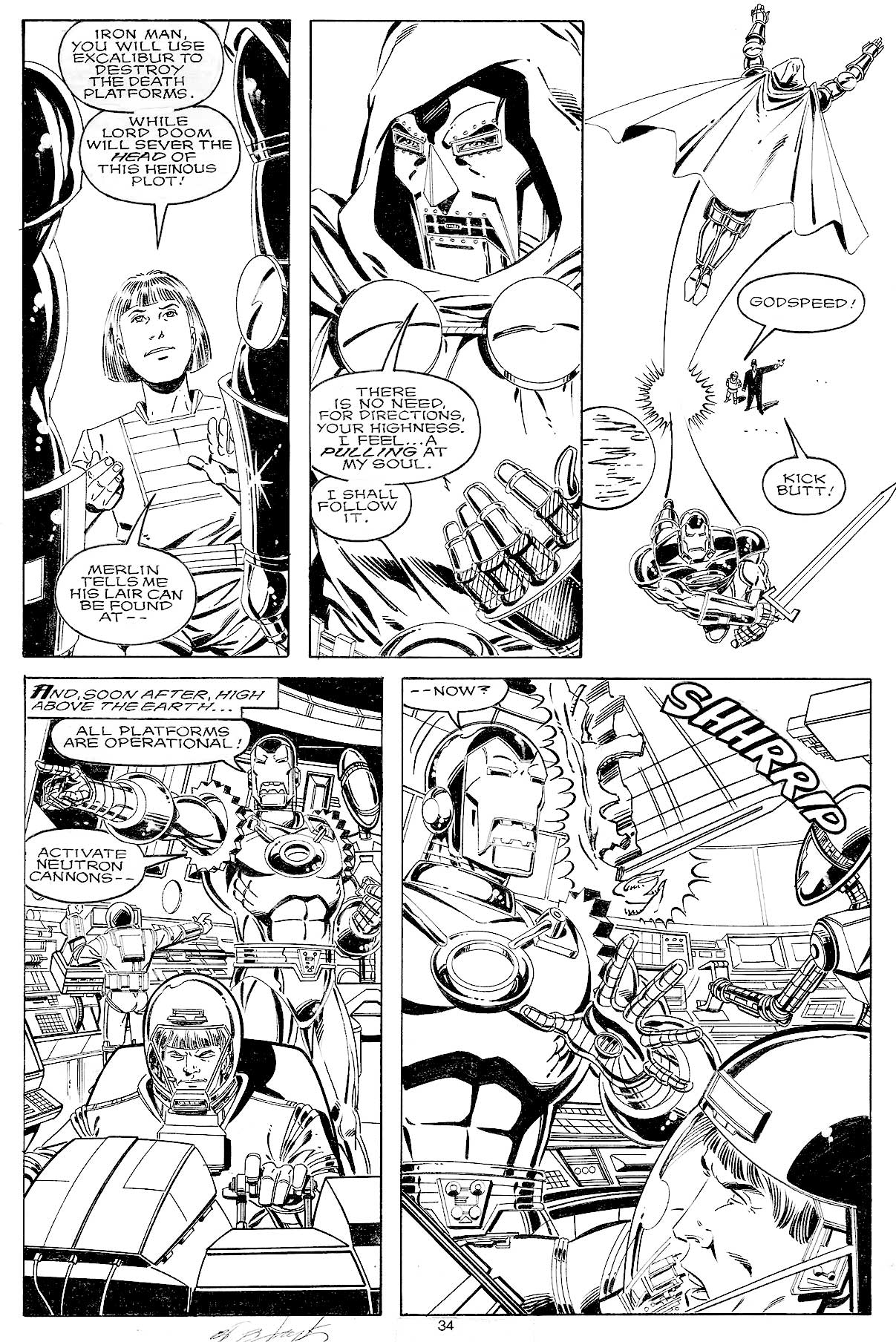 Although Bob has turned a great deal of attention to Hollywood, he still creates art and takes commissions. He has said he enjoys commissions because fans sometimes come up with great ideas. Furthermore, he gets to revisit past artwork and fix errors he made then. 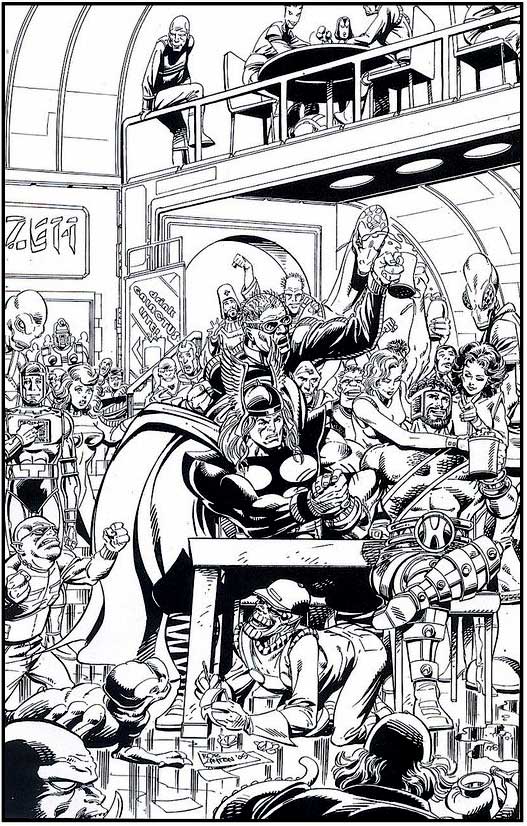 Not only has Layton worked on many well-known comic books, he has also designed a huge number of marketing items. He has created artwork for merchandise clam shells, and his art adorns thousands of items for sale. He has been called the “unofficial king of Marvel merchandising.”

Although Bob’s original mentor, Wally Wood, taught him the concise inking style, he has become an inking legend and inspiration in his own right. It would be difficult, if not impossible, not to see his influence on inking even now. Steven Thompson wrote on the Forces of Geek website that Bob’s work “just shines—especially the armor itself…” Originally apologizing to George Tuska for his first inking for Marvel, Layton later became an inspiration to others. With his pen in hand, he is a master at using line weights, using what Bob Almond described “a slick, hard-edged and angular line… especially his metal textures.” His lines can vary from whisper thin to thick and bold. Layton was an early adopter of the well-known “dots & dashes” technique in inking. This led to inspiring other inkers such as Scott Williams to adopt this style. He credits co-collaborator Barry Windsor-Smith for helping him master an organic rendering style he later used in works such as an X-O Manowar #1 cover recreation. All a fan needs to do is look at his metal angular inking techniques and organic smoke clouds to see that Bob’s work can teach as well as entertain. 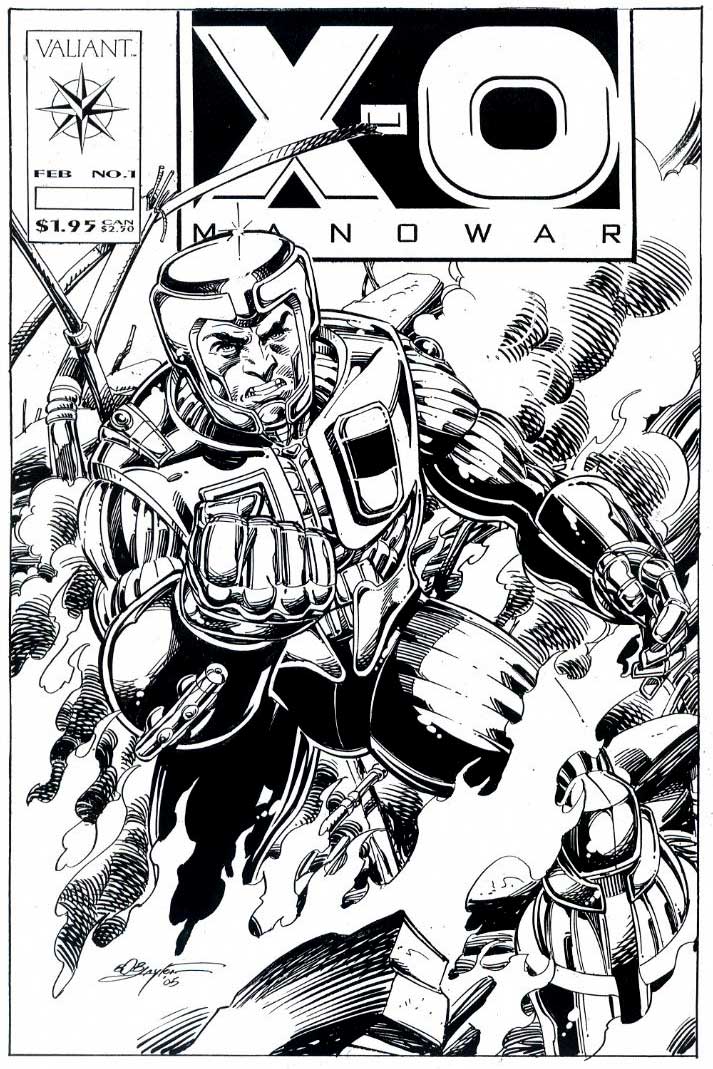 From his first comic book at age four to his work on favorite characters and books to his work in Hollywood, Bob Layton has definitely had his share of what he calls a life of “a series of successful mistakes.” He is sort of a modern renaissance artist. He started at the bottom, worked and improved his way up to nearly every aspect of comic book production, even being assisted by his daughter with learning coloring for his commissions during the Covid-19 pandemic. Bob’s inking was no small part in that achievement and has earned him a place in the Inkwell Awards’ Sinnott Hall Of Fame.