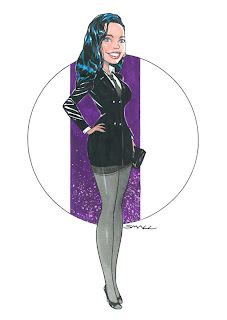 With the 2011 Heroes Comic Con (http://www.heroesonline.com/heroescon/) only about two weeks away, The Inkwell Awards (http://inkwellawards.com) have more details to share about their final 2011 Inkwell tour stop and the scheduled ceremony to take place that weekend of June 3-5.

“While this is our fourth annual awards culmination, it’s our first live ceremony, so we want to make it special”, shared Bob Almond, the non-profit organization’s founder and director.  “Much of our inking advocacy will be at the show and for the ceremony, which will take place Saturday afternoon at the Charlotte Convention Center at a room and time slot to be announced.  We have some notable creators who are graciously involved with the proceedings like artist Dan Panosian who will act as Keynote Speaker.  Artist and former Inkwell committee member Tim Townsend will act as our Presenter. Tim will announce the results from the on-line April public ballot.  There was a phenomenal response this year at the ballot box and there are some real surprises from our tally of winners.  I’ll be hosting the ceremony.   Acting as hostess will be our spokeswoman, Ms. Inkwell, who will be portrayed at this venue by model Kathy Taylor.  We’d hoped to have Joe Sinnott attend the event as our Guest of Honor, but that wasn’t ultimately possible. We hope Joe can attend in this capacity in 2012.”

“To close out the Ceremony, there will be a small Live Auction for some key pieces of original art donated in support of the Awards” Bob continued.  “Acting as Auctioneer will be artist and Inkwell Ambassador Ethan Van Sciver.  The items to be auctioned will include the signed cover art for the 2010 Wizardworld: New England Con Exclusive Donation Drive book of the character Ms. Inkwell.  This was drawn and inked by artist Craig Rousseau and will include his preliminary art and a multiple-autographed copy of the book.  Another item will be a Kirbyesque image of DC’s Kobra rendered, signed and donated by Michael Netzer (which was published in the Jack Kirby Collector magazine).  Michael also donated an unpublished tribute piece to legendary artist Gene Colan.”  Michael Netzer commented in an email to Bob  “I figure it’s a good time to be thinking about Gene these days as he’s back in the hospital. Maybe a good additional reason that it appears in your auction and goes to a cause I’m sure both Gene and Clifford (Meth) are happy to support.”  Bob chimed in “Clifford Meth subsequently said that he was very happy about us auctioning off the piece so we feel truly honored to have received it”. 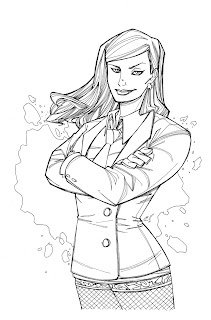 After the ceremony the new 2011 Inkwell Awards Donation Drive book will be available for a $15 donation.  Produced by founding committee member Jim Tournas, it showcases the awesome artistic donations from the artist community since the last collection.   And it has an introduction by writer and founding committee member Danny Best.  “It’s a nice annual album consisting of great artwork that you’d never see unless you were bidding on these one-of-a-kind gems online” observed Bob.  “This edition’s color cover art will be rendered by artist and Inkwell contributor Louis Small, Jr.   The Ms. Inkwell character rendered by Louis is inspired by model Hanna Pawlowska who acted as the spokeswoman and was well-received at the previous 2010 Heroes show.” 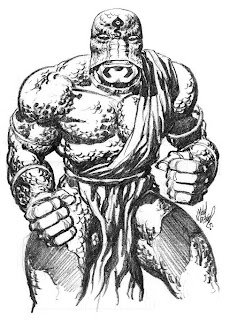 Bob commented in closing “Speaking on behalf of the entire team, we are exceptionally thrilled and honored that promoter Shelton Drum invited us to be part of his amazing show in Charlotte.  It lifted my spirits after a rough year and he and his staff have been extremely helpful and generous in assisting us every step of the way.  Shelton’s Heroes show is famous for its extraordinary support of comics artists. Heroes continues this tradition by giving time and recognition to the true underdogs of comics: the ink artists!”

The Inkwell Awards (http://www.inkwellawards.com) is a non-profit organization whose mission is to promote and educate about the art form of comic book inking and to annually recognize and award the best ink artists and their work. Now wrapping up their fourth year, the organization is overseen by a number of industry professionals such as founder & director Bob Almond, Jimmy Tournas, Bob Shaw, Nathan Massengill, and Daniel Best who make up the IA core committee, and Adam Hughes, Mike Marts, Ethan Van Sciver, Mark Brooks, Sal Velluto, Mike McKone, Trevor Von Eeden and J. David Spurlock who make up their IA ambassadors, and numerous contributors such as Mark McKenna, Dan Panosian, Louis Small, Jr. and Randy Green among others. They sponsor the Dave Simons Inkwell Memorial Scholarship Fund for the Joe Kubert School of Cartoon & Graphic Art and host the Joe Sinnott Hall of Fame. 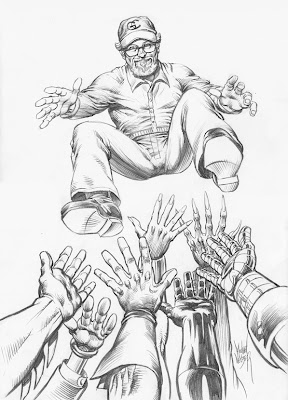