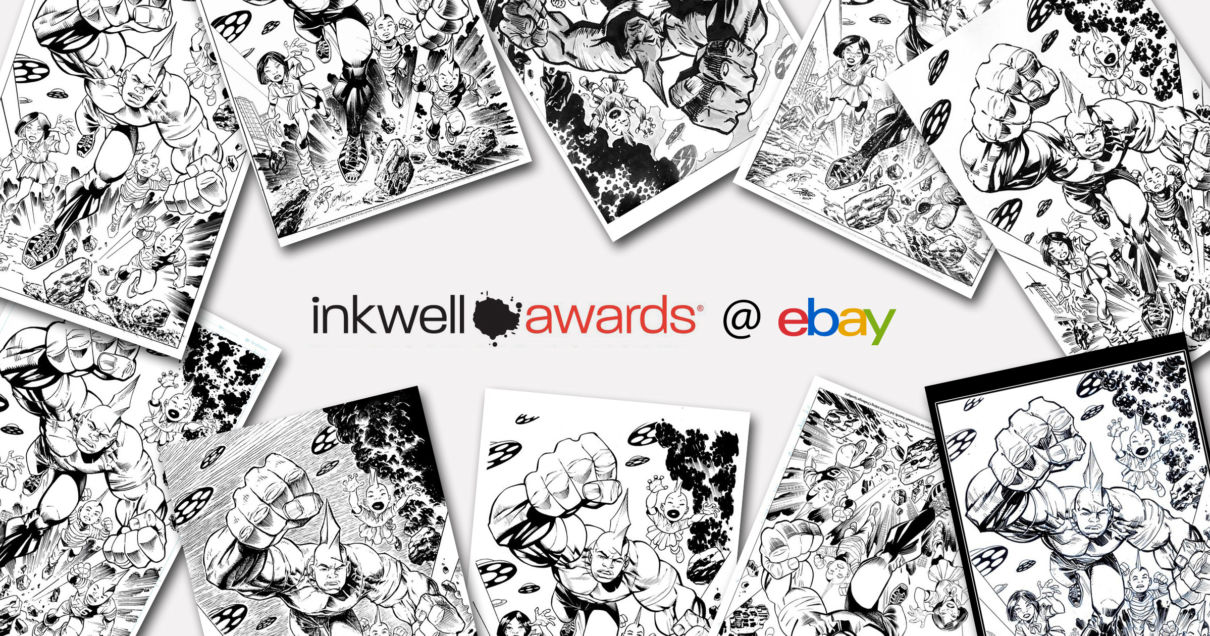 For your info the Inkwell Awards’ first wave of Larsen Challenge eBay auctions have completed today and we just launched the second wave on our eBay Store Page. After that ends we’ll have a consecutive third week made up of Erik Larsen pages that didn’t initially sell so they’ll be delisted at a slightly discounted starting bid.  There will follow the 2-3 waves of the original Joe Sinnott Inking Challenge after that. There will probably be a late third/fourth Larsen wave for some who shipped pages to me late, hopefully including mine, after the Sinnott ones. Special thanks to Stefan Kalscheid from the Official Savage Dragon Website who produced this file image above and the Larsen Challenge gif below. The tentative plan is that he’ll produce another one (or two) for the Sinnott pages. Thanks to all for their sharing our auction announcements on social media, for those who participated in the events and those who bid on and won these unique items!