Mike Esposito: A Team By Himself 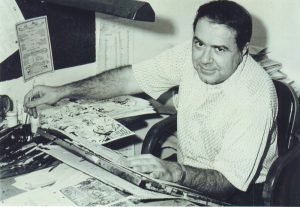 Michael Esposito was born in New York City, July 14, 1927. He studied art at school and enlisted in the Army as soon as he was able to, serving as part of the post-World War II units that helped repatriate and clean up parts of Europe. He was married twice and had two children, one of whom, daughter Michele, is still with us. His son, Mark, sadly passed away before Mike. Mike himself passed away on October 24, 2010, at age 83.

Now that the biographical stuff is out of the way, let’s talk like Mike would have preferred. I knew Mike fairly well, having spent a lot of time with him on the phone during the writing of the biography, Andru & Esposito: Partners For Life. Mike was witty, funny and a highly talented artist who specialized in inking. There was a reason why he became an inker and it was fairly simple, yet, as with everything Mike did, he made sure it was complicated. 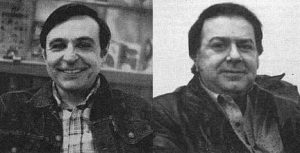 Mike met Ross Andru at high school. Both boys shared a love of comic books and Walt Disney, and both discovered each other was an artist. They became fast friends and, once they’d graduated from high school, they both enlisted. Once they were discharged, they signed up at the legendary High School of Music & Art (located in Harlem) where they studied at the feet of Burne Hogarth. Another student at the time, who also became a friend of Mike’s, was artist George Tuska. Mike attracted a lot of people and made friends everywhere he went.

It was at the School of Music and Art where Esposito discovered he was a more than an adequate pencil artist, but Andru was stellar. Ross was so good that Hogarth had him pencilling Tarzan strips for publication before he graduated. Once Mike graduated, he found work in the comic-book field, primarily as a penciller. He also started work at Timely (later Marvel) Comics where he earned extra money by inking other people’s pages. Stan Lee, another lifelong friend of Mike’s, encouraged him to continue inking over pencilling, but work was short on the ground, so Mike looked elsewhere. 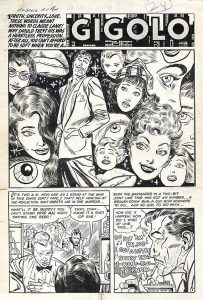 When the Tarzan strip was finished, Andru reached out to Esposito and they both began to publish their own comic line. It was here that Mike made the choice that would define him – Ross, as a pencil artist, was a cut above the rest. Mike, as a pencil artist, was part of a large pack. Ross hated inking, Mike preferred inking. As he saw it, it might have paid less, but the work was easier and he was well suited for it. They shook on it: They’d be partners, like Simon and Kirby, and Andru & Esposito was born. Or “MikeRoss” as the company was also known. Or MR; take your pick. Mike loved drawing under pseudonyms, for reasons that will shortly become clear. 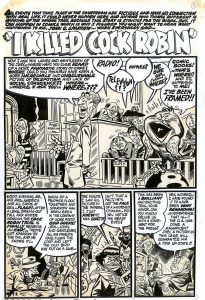 There was one major problem with Ross and Mike going into publishing: They had no idea what they were doing. Ross was the visionary; Mike was the businessman. However, Mike was swimming in a sea of sharks, and they soon realized he was bait. Each time the men launched their own line (three times in all) they ended up losing the line and a lot of their money. It wasn’t so much that they had bad luck, they simply were too nice and couldn’t compete with the sharks. They lost money, but soon recouped it. 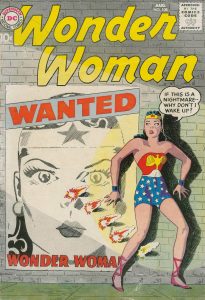 In the 1950s the biggest break for the young pair came when they were handed DC’s Wonder Woman book. They were the second artistic team to work on the title, after the series co-creator and artist, H.G. Peters. They gradually made the book their own and, along the way, Mike picked up another chum, writer/editor Robert Kanigher, who made sure the pair had steady work in a time when comic books were being attacked from many fronts thanks to psychologist Fredric Wertham and his (in)famous anti-comics tome, Seduction Of The Innocent.

Flush with cash, the pair formed an artist studio a block away from Broadway. This led to a memorable encounter between Ross and Marlon Brando as they were both wooing the same woman. Brando won by farting in Ross’s face. True story!

Working at DC Comics for over a decade, Andru and Esposito were kept busy by Kanigher, working on war titles, dinosaurs and co-creating The Metal Men. But it wasn’t enough for Mike, and he began to look elsewhere. 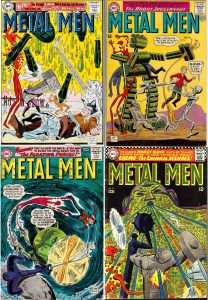 Stan Lee began to tempt him back to Marvel, aided by Mike seeing wife Michele giggling over a Spider-Man comic. Suddenly Mike was inking at Marvel, but was still under contract with DC, so he created a series of pen names – Joe Gaudioso (who was a cousin of Mike’s. Mike used the name to give his cousin a thrill), Michael Dee, Micky D, Mickey Demeo, Espoia – the latter with Frank Giacoia. Most names were done out of necessary – Mike inked the first ever comic book job of Barry Windsor-Smith and was so horrified by the result that he demanded his name be taken off the credits. Hence Micky D. 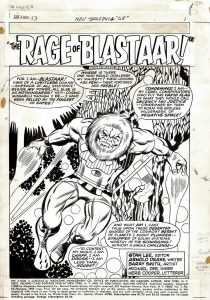 Mickey Demeo was the best-known pseudonym. Mike worked at both Marvel and DC, chuffed with himself for fooling Carmine Infantino. That was until Carmine called him into the office one day and told him he knew Demeo was Mike and not to worry, as long as he did his DC work and didn’t work at Marvel under the name Esposito, he didn’t care. 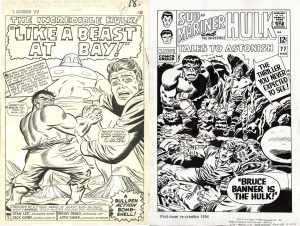 Mike was on his way once more. And his career was set. It was at Marvel that he was lured back into pencilling when he was tapped to draw The Hulk in Tales To Astonish. Regular artist Steve Ditko left the title, so Stan Lee asked Esposito to draw it. Mike wasn’t confident, so Lee had Jack Kirby draw a few issues for Mike to ink, and then the title was turned over to Mike to pencil and ink, over Kirby layouts. As Mike told it, the layouts were as simple as it got – stick figures and circles with two dots and two lines for a head. Esposito acquitted himself well, but the pencilling ate into his inking, so he gave it up. As a penciller, he was better than he thought he was. 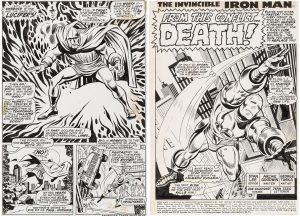 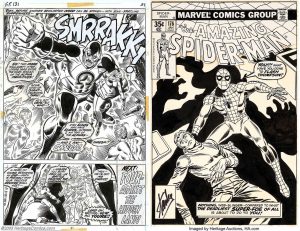 As an inker, Mike was stellar, when he had the time. His output was prolific–he inked thousands of pages over his career. As the 1960s rolled on his output increased, often inking over 100 pages in a single month. He had assistants, of course, ranging from son Mark to the likes of Tom Palmer, but he preferred to oversee as much as he could. He didn’t cut corners, like some of the more celebrated prolific inkers, he inked what was on the page. Where he saw a page could be improved, he did it. When he saw a page as good as it got (usually Kirby, John Romita, John Buscema – the big guys) he did a faithful inking job. When it the page was utterly hopeless, in his eyes, then he did what he could. And placed it under another name.

Esposito is most identified with Ross Andru, and rightly so. But the list of artists Mike worked with over his long career includes some of the giants of the industry: Jack Kirby, John Romita, Jim Mooney, John Buscema, Sal Buscema, Frank Miller, Ed Hannigan, Curt Swan, George Tuska, Don Heck, Irv Novick, John Byrne, Bob Powell, Gene Colan – you name an artist who worked from 1951 through to 1991 and the odds are better than good that Mike Esposito inked them. 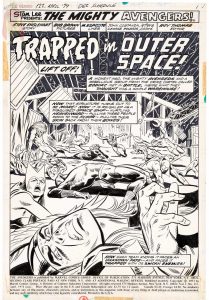 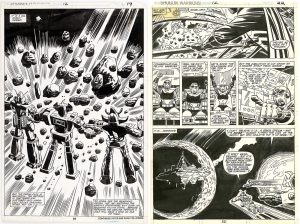 Mike would have been amused that he’d won an award named after someone he considered to be one of the best inkers ever. He admired Joe Sinnott and spoke of him with great affection. He’d have told you a number of names who he’d have given the award to first, the likes of Klaus Janson, Tom Palmer, Dave Hunt, Terry Austin, Dick Giordano – many, many inkers – some of whom have already been recognized (and rightly so, Mike would say). But he’d have been thrilled to win and would have accepted the award with grace and good humor. 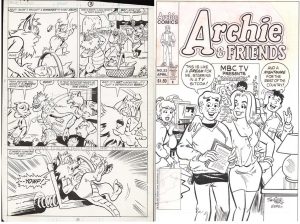 And that’s what it was about: humor. Mike loved to laugh, he liked to tease and crack bad jokes. He used to say that he’d continue drawing until his ink ran out, and then he’d give up.

Mike Esposito, the latest recipient of The Joe Sinnott Hall of Fame Award. It’s long overdue, but here it is Mike. All yours.

Article by author/historian Dan Best, based on information gathered from the artist and elsewhere for the Hermes Press book, Partners For Life, by Best and Mike Esposito.