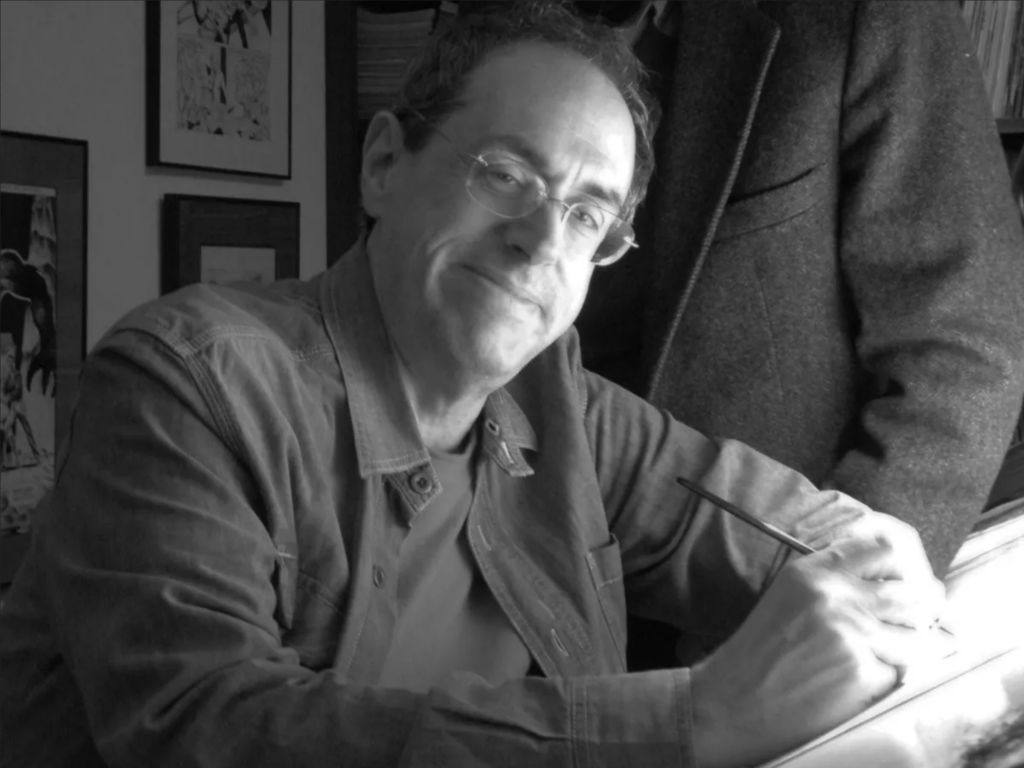 Bob Wiacek, recipient of the 2022 Joe Sinnott Inkwell Hall Of Fame award, is an American comic-book artist born on January 7, 1953, known to many fans of the “Bronze Age” of the late 1970s to the present. He is a fine illustrator but is best known for his inking skills, embellishing several pencillers at Marvel and DC Comics. Wiacek also worked for Dark Horse and Valiant Comics. He was married to Ann from 1980 until her passing in 2012. They had one son. 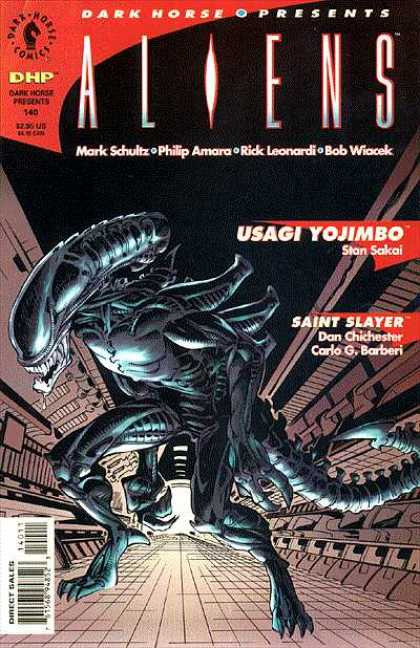 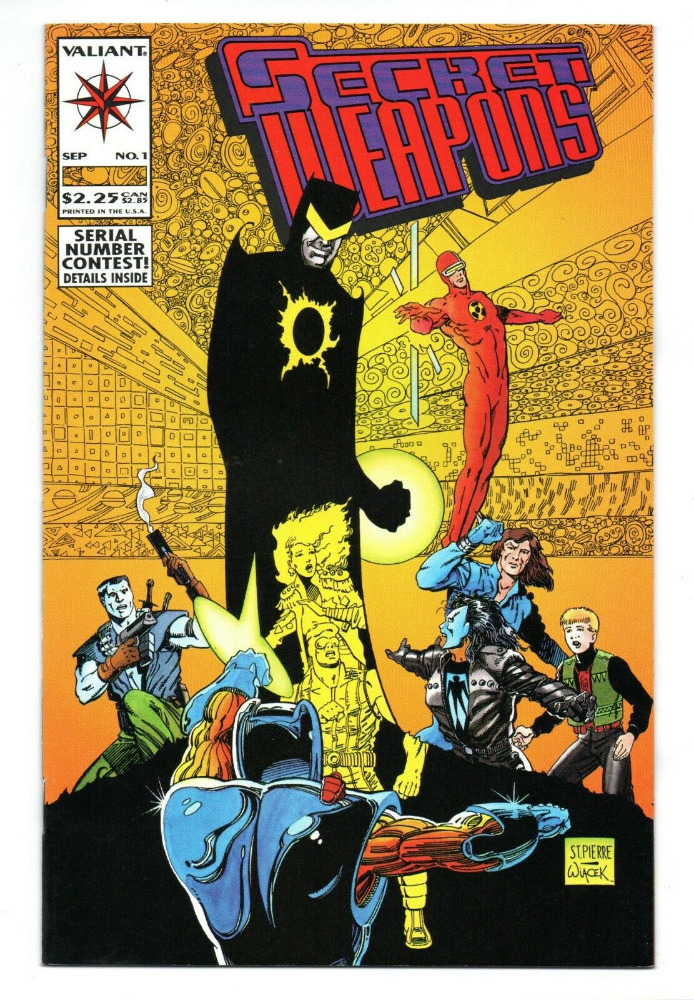 The then-aspiring artist attended the School of Visual Arts in New York City from 1971 to 1974. He got his start in 1975 as an inker for Continuity Studios as part of Neal Adams’ “Crusty Bunkers” team, inking backgrounds on Curt Swan’s Superman and Frank Brunner’s Dr. Strange (uncredited), prior to getting regular assignments at DC. Wiacek moved on to Marvel Comics in 1978 where he spent the majority of his career. Bob inked basically every major character in the Marvel and DC universe. His long list of credits include Superman, Superboy and the Legion of Super-Heroes, Ghost Rider, Man-Thing, Star Wars, X-Men, Alpha Flight, Power Pack, X-Factor, Iron Man, Orion, The Brave and the Bold, Batman, Green Lantern, Flash to name but a few. 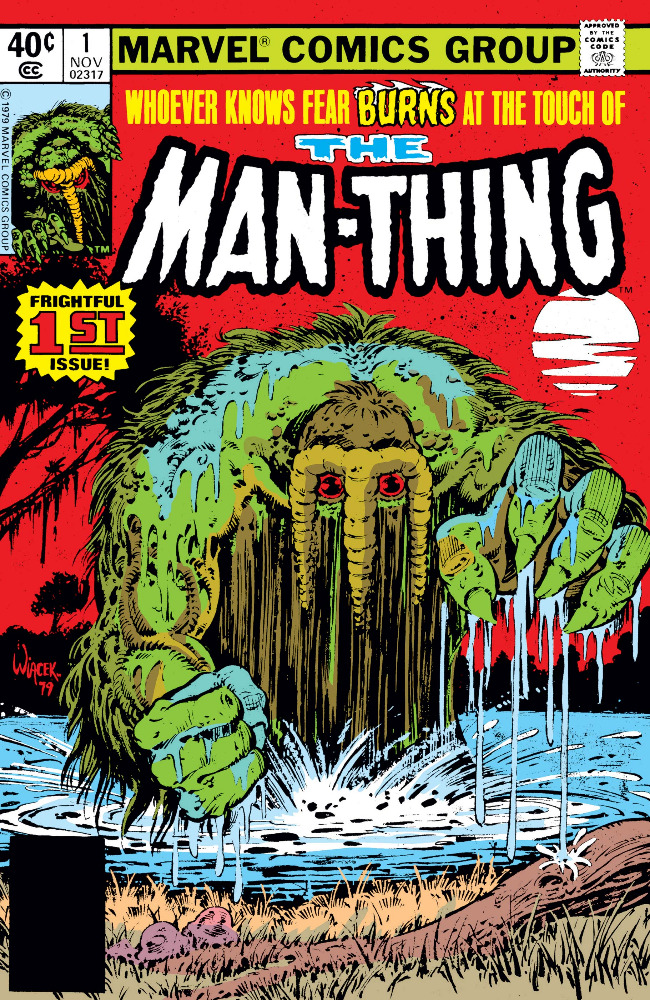 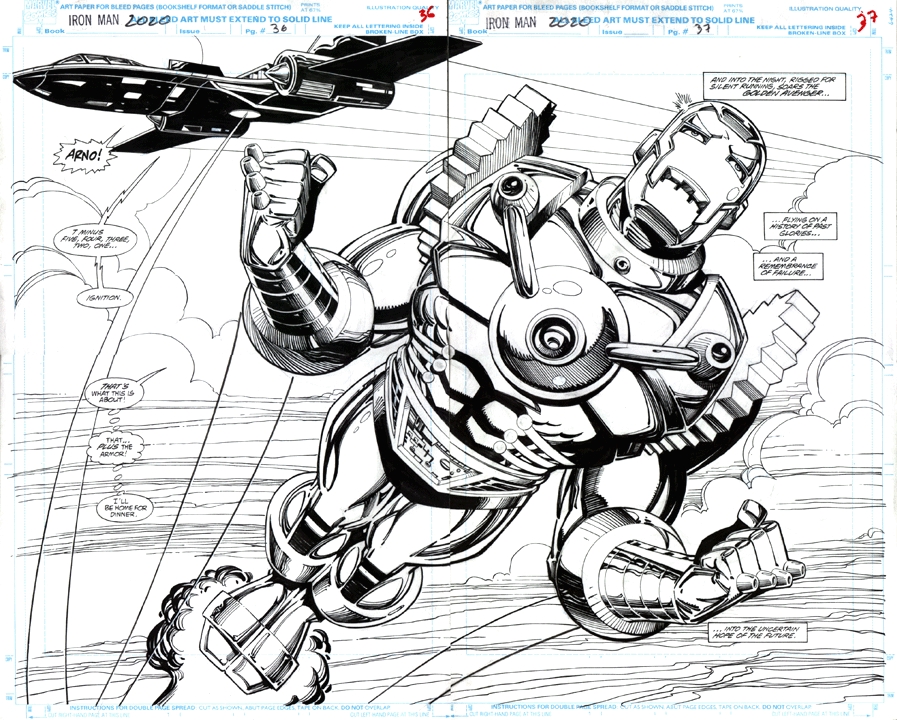 He worked with some wonderful artists in the industry during his long and storied career, including Jim Mooney, Carmine Infantino, June Brigman, Paul Smith, John Romita Jr., Walter Simonson, John Byrne, Bob Layton, George Perez, Bill Sienkiewicz, Bob Budiansky, Mike Grell, Kevin Nowlan, Jerry Ordway, Don Perlin and Barry Windsor-Smith, among others. Wiacek handed in many a masterful job with the use of his inkwell, pens and brushes. Bob’s inks clearly enhanced the storytelling of many pencillers, and brought out their best qualities.

For a brief time during the early 1990s, Wiacek taught first year students at the Joe Kubert School of Cartoon and Graphic Art. In 2003 the artist starred in a commercial with the rap group G-Unit.

The first time that Bob met Inkwell Award-namesake Joe Sinnott was in 1968, when the young teenager took the bus up from NYC to visit the legend at his studio in Saugerties, NY. He was hoping to have some books signed and get pointers from Joe on how to break into the comics field. A bad snowstorm developed that day and when Joe drove Bob back to the bus station, normally about a half hour drive, the snow was rapidly accumulating. Bob worried about Joe’s safety during his long bus ride back to NYC. Anyone familiar with Joe knew that he would always go the extra mile to please someone. He never felt like they were imposing on him. In fact, it was probably Joe who said, “Don’t take a cab from the bus terminal, I’ll pick you up there (and return you there for your trip home as well).” This was a story that the two artists reminisced about over the years as their friendship grew. 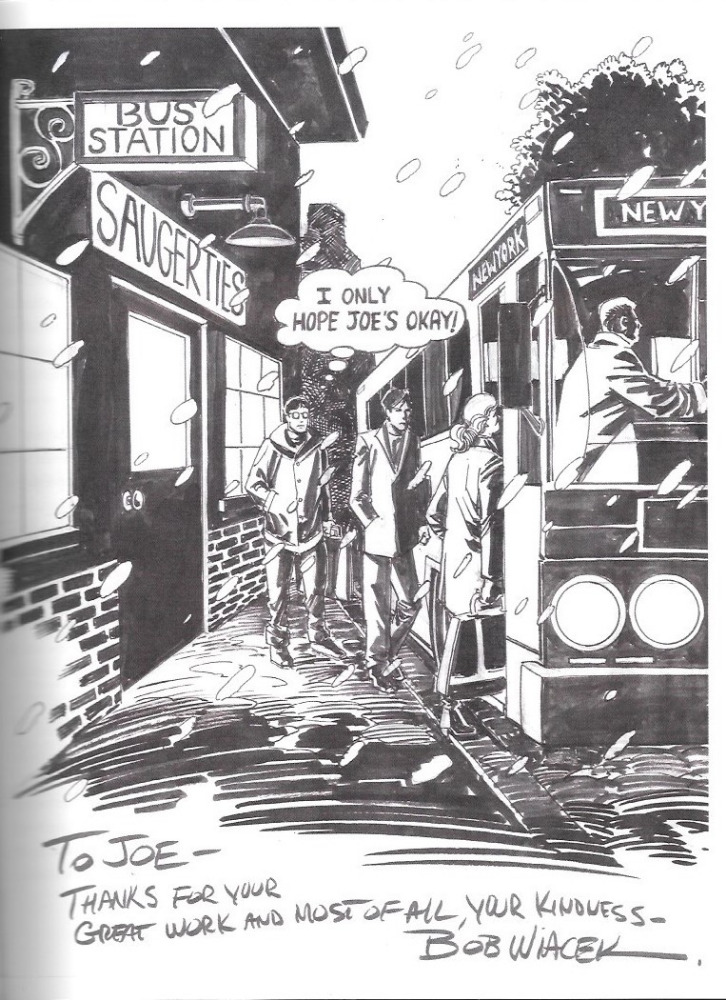 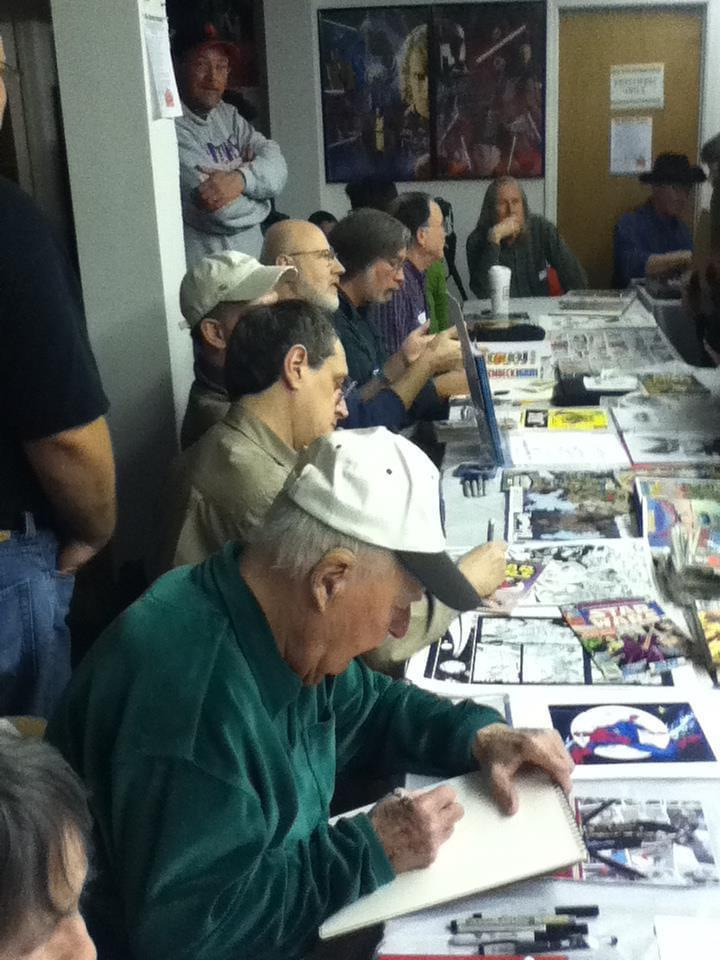 Wiacek, and several others, were always welcome in Sinnott’s studio as they would get encouraging tips from Joe that might help them to get into the comics field. I’m sure no one ever left there disappointed. Joe looked forward to seeing Bob at comic conventions over the next several years, and always made a point to check out his comic-book work each month when the new batch of titles arrived. Bob would come for a visit on quite a few occasions, and as all can see, it certainly paid off tremendously for him. He would continue to visit Joe into his later years. Over time Joe and Bob would be fortunate enough to appear at several of the same shows together. This was always a nice treat for the both of them, hooking up and talking about days gone by. 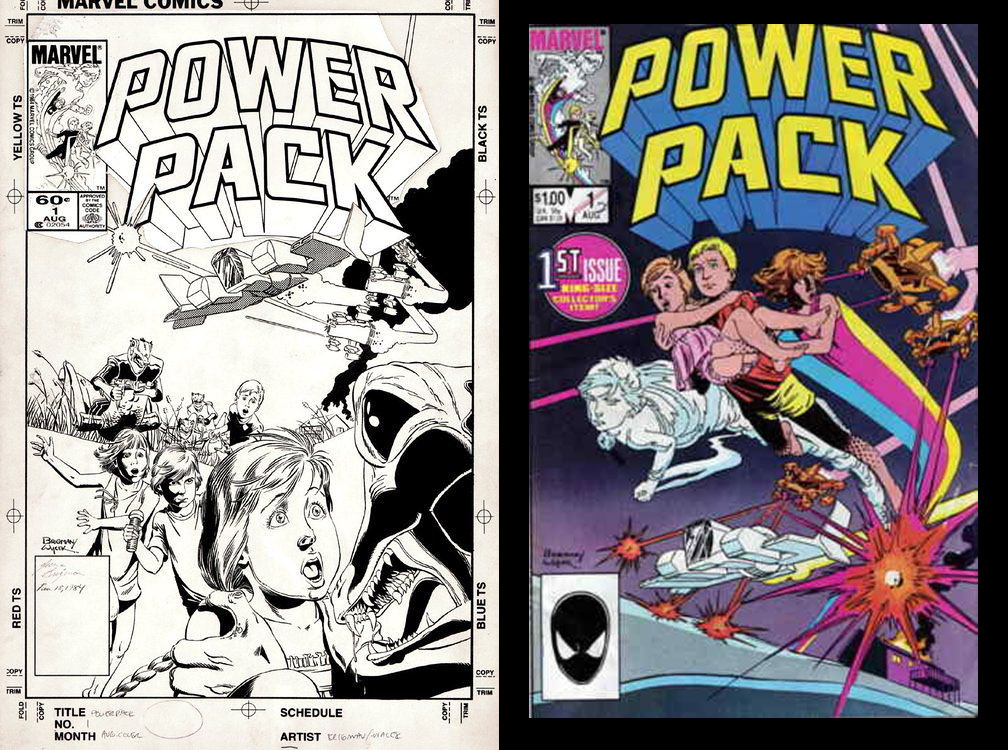 In 1981, Marvel Comics and DC Comics teamed up to produce the second Superman/Spider-man comic book in the oversized Marvel Treasury Edition #28. Bob Wiacek was fortunate enough to add his talented inks to the backgrounds on some of these wonderful pages. 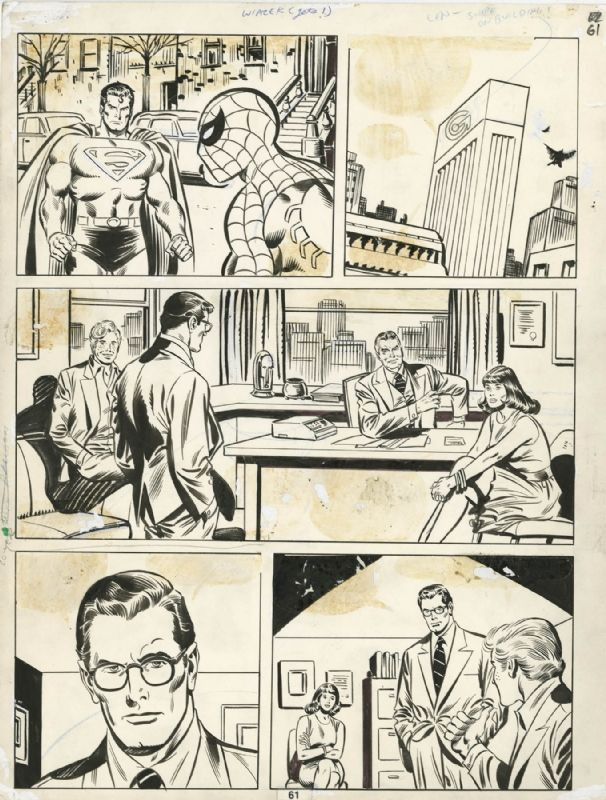 From 2011-2020 (until Joe’s passing), The Inkwell Awards held the Joe Sinnott Inking Challenge, where various ink artists would ink and embellish Joe’s pencilled drawings and/or layouts. These finished pieces were published in six Inking Challenge books during its 10-year run. Bob was a participant in each of the challenges, doing a masterful job on Joe’s pencil work, inking such characters as Dr. Doom, Captain America, The Thing, Black Panther, Spider-Man and Spider-Gwen. 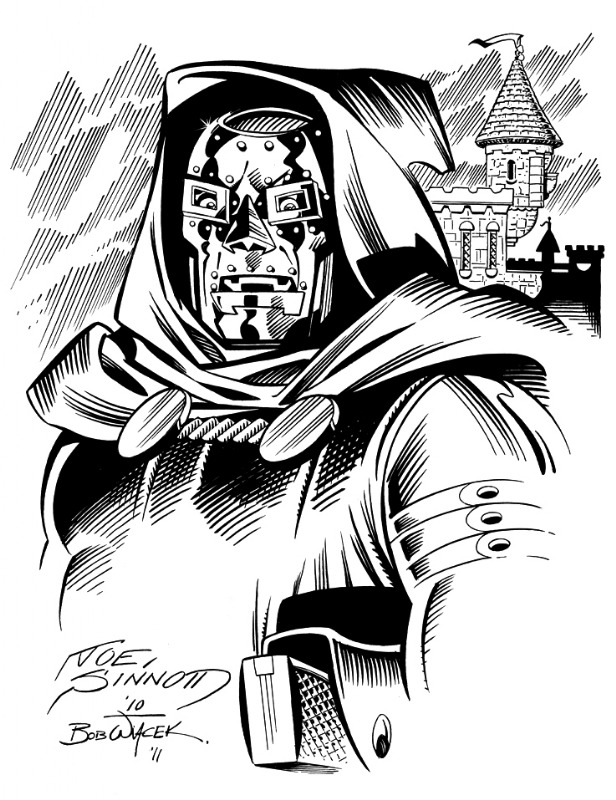 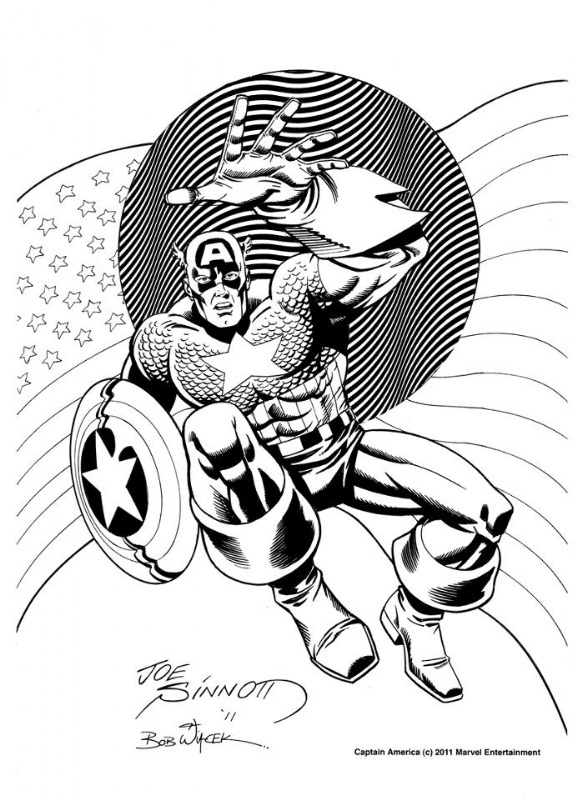 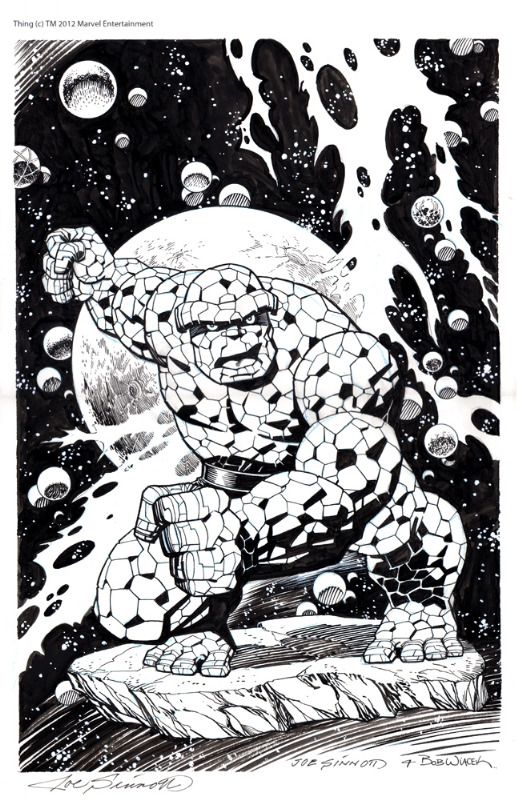 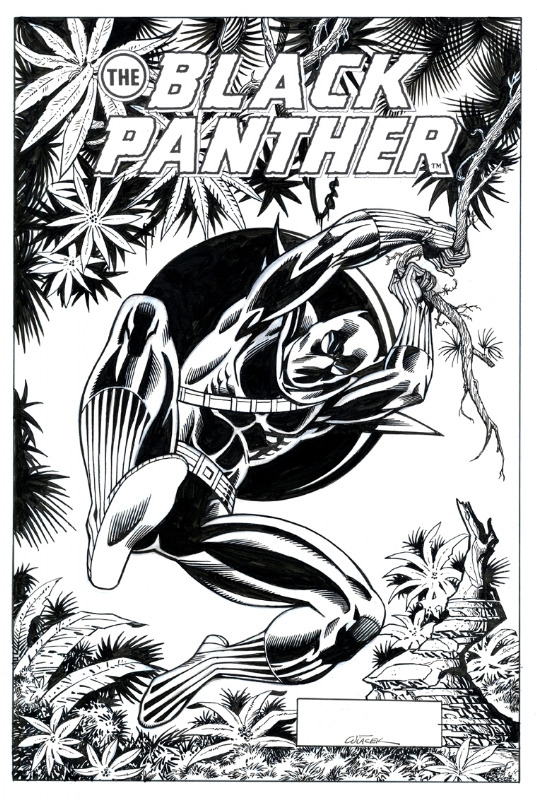 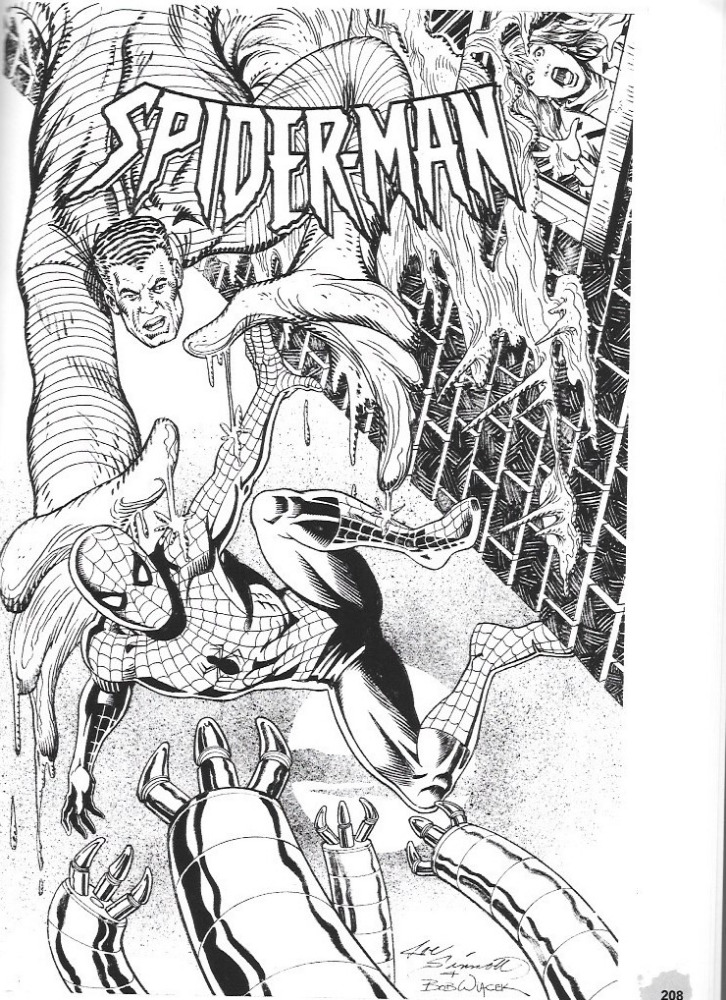 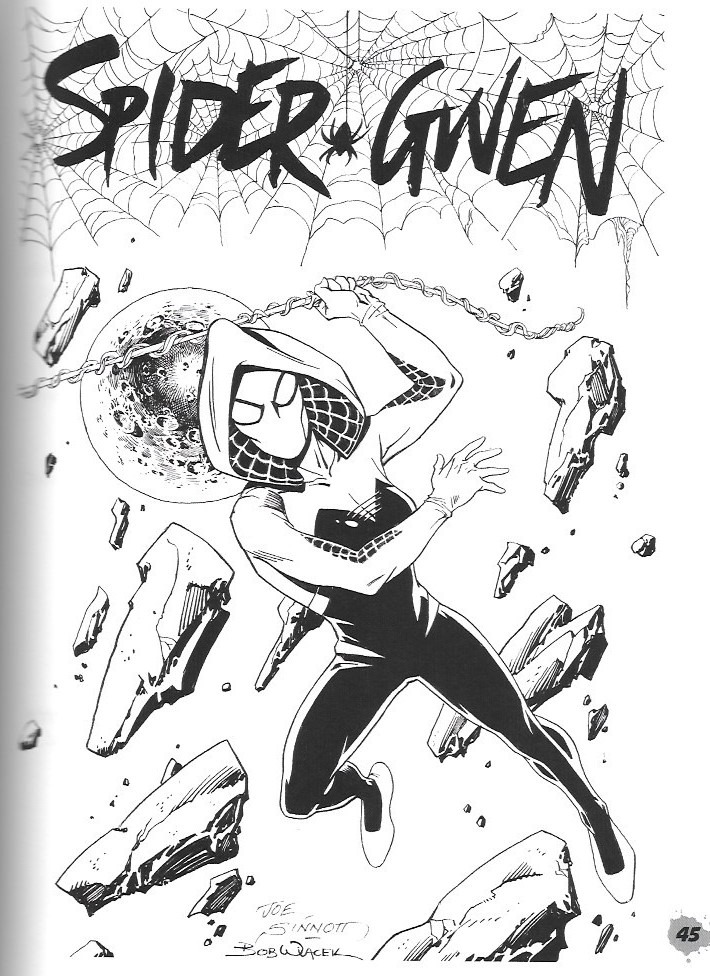 In Joe’s later years, while he was inking the Spider-Man Sunday strip for King Features, he would need a bit of assistance at times, usually when he had some health issues. There were a few inkers that would fill in for Joe on the strip over the years, but ultimately, in the end, it was Bob Wiacek that Joe settled on to do the work. Joe always felt that Bob did a fantastic job with the inks and kept the Spidey strip looking as closely as possible to his own inks. There was a time when Joe had an unexpected emergency, and the strip needed to be inked that day. Without hesitation, Bob made the two-hour drive to Joe’s that day to pick up the strip, and returned it to Joe the following day. That says what kind of person Bob Wiacek is. 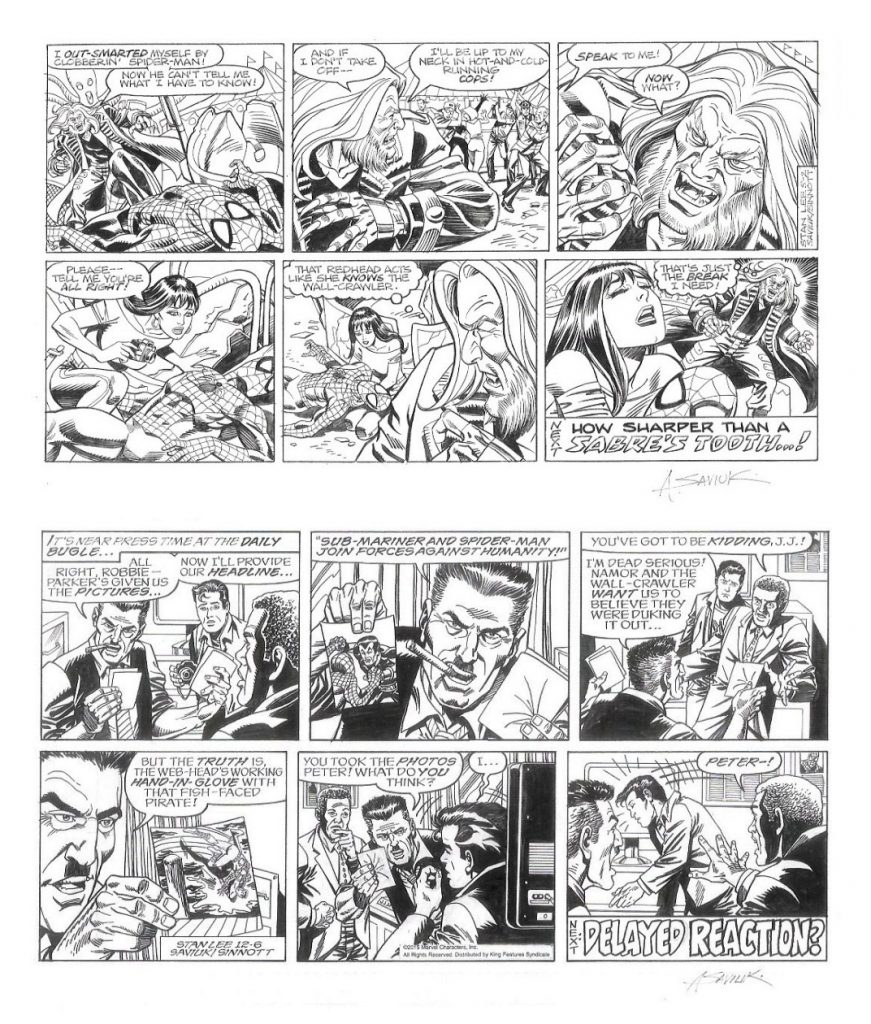 Bob Wiacek is certainly deserving of his place in The Inkwell Awards’ Joe Sinnott Hall Of Fame because of his outstanding inking skills, his dedication to the comics industry and to his colleagues. I know that my dad is looking down and smiling upon Bob, so very proud of what he has accomplished in his illustrious career. I am so proud of him too, and happy to call him my friend. Congratulations Bob! You truly deserve this prestigious award. 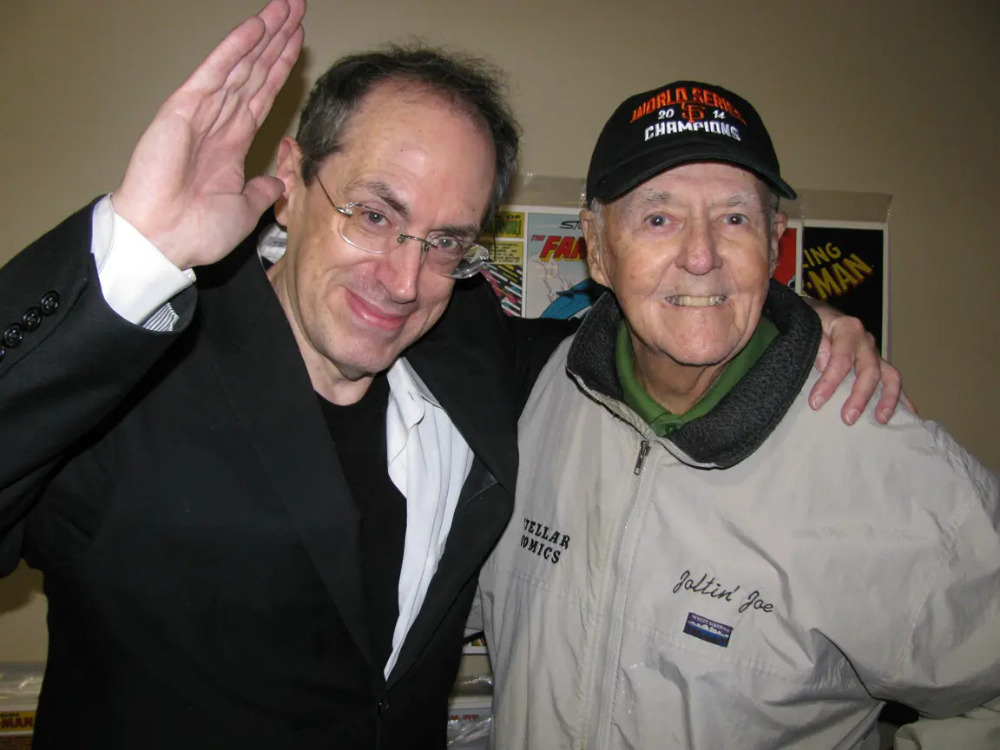 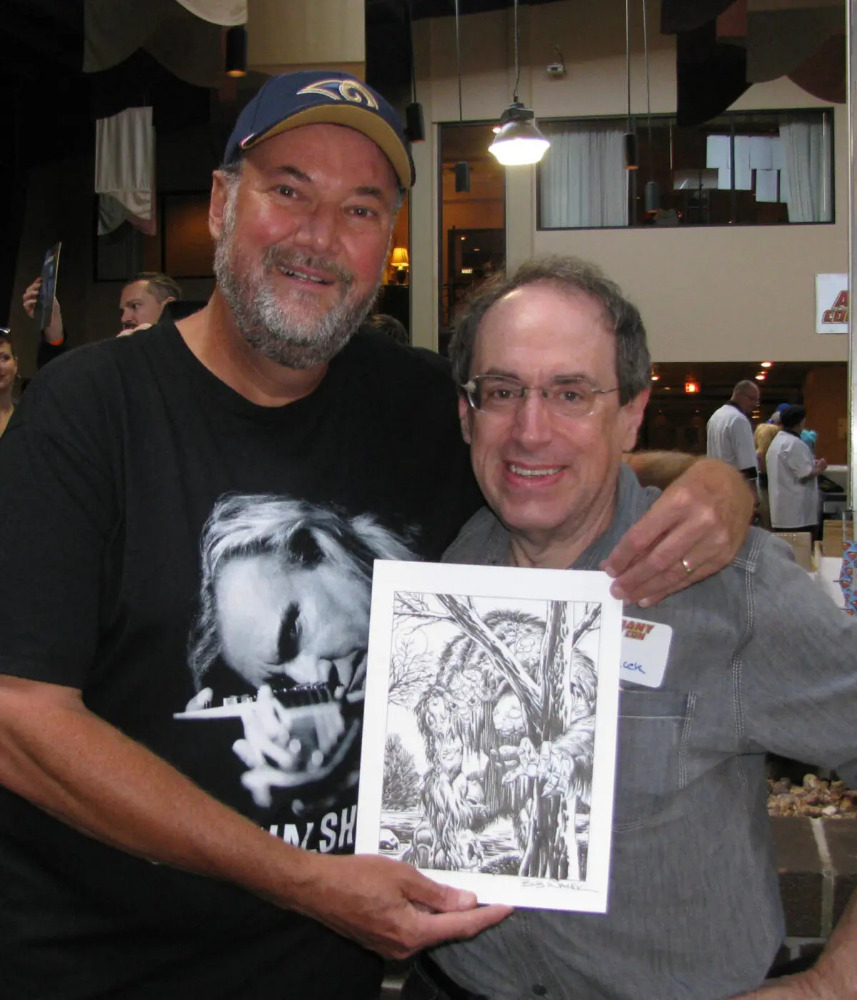