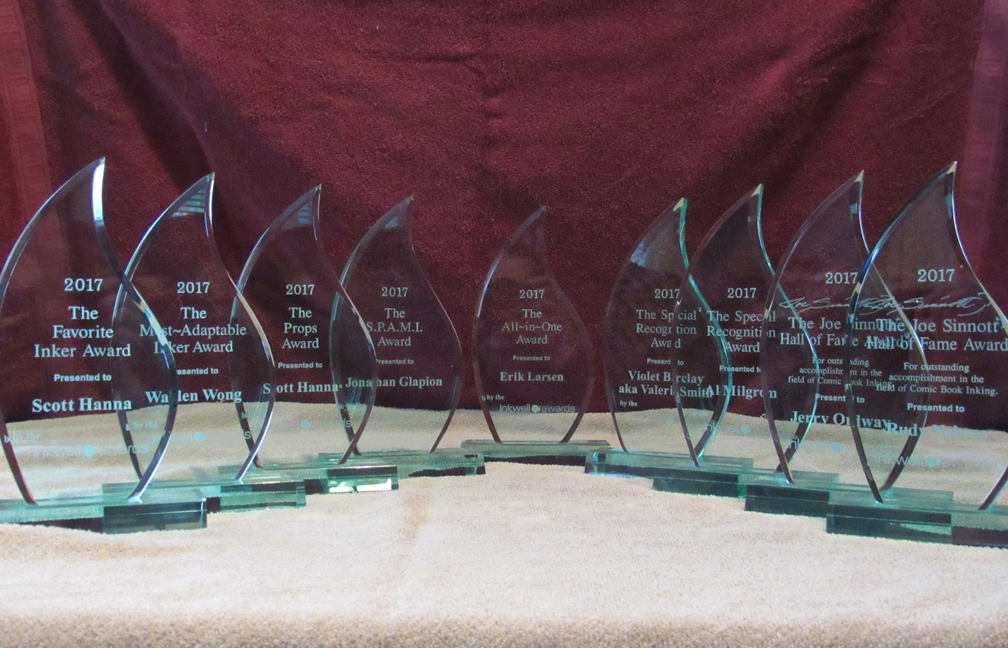 (New Bedford, MA/USA—June 6, 2018) Voting results from the annual Inkwell Awards will be presented at the inking advocacy group’s live awards ceremony at Heroes Con in Charlotte, NC this month. The event, also celebrating the non-profit’s 10th anniversary, is scheduled for Friday June 15, 5:00 PM, at the Charlotte Convention Center, in room 209-210.

Bronze-age DC Comics ink artist and one of Jack Kirby’s top inkers, Mike Royer, is scheduled to appear as Guest of Honor. “We are very fortunate to have one of the best ink artists in the field attending our special day of recognition,” said Bob Almond, the Inkwells’ founder/director and MC of the ceremony. “Since the other top Kirby inker is our Hall of Fame award’s namesake, Joe Sinnott, we’re doubly excited.” 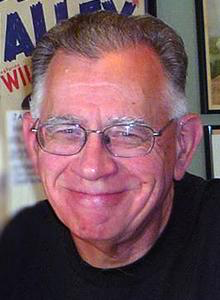 The Inkwells have five categories: Favorite Inker, Most-Adaptable Inker, the “Props” award for under-recognized professionals, the S.P.A.M.I. for Small Press And Mainstream-Independent work, and the “All-in-One” for the artist who inks his/her own pencil art. Voters-–fans and professionals alike–all cast their ballots at the group’s website in April to show their support and choose their favorites.

Announced with the publicly-chosen award-winners will be the internally-voted two recipients of the yearly Joe Sinnott Hall of Fame Award and one winner of the annual Stacey Aragon Special Recognition Award. To celebrate their decade anniversary, the Inkwells have created the “Above & Beyond” Award for members, volunteers and others who have served beyond the call of duty to promote the artform of comic book inking and it’s ink artists.

Almond added, “There’s so much turnover when you are working with unpaid members, so when those rare volunteers stay long-term and go the extra yard for the organization, we need to thank those special folks for their exceptional dedication.” 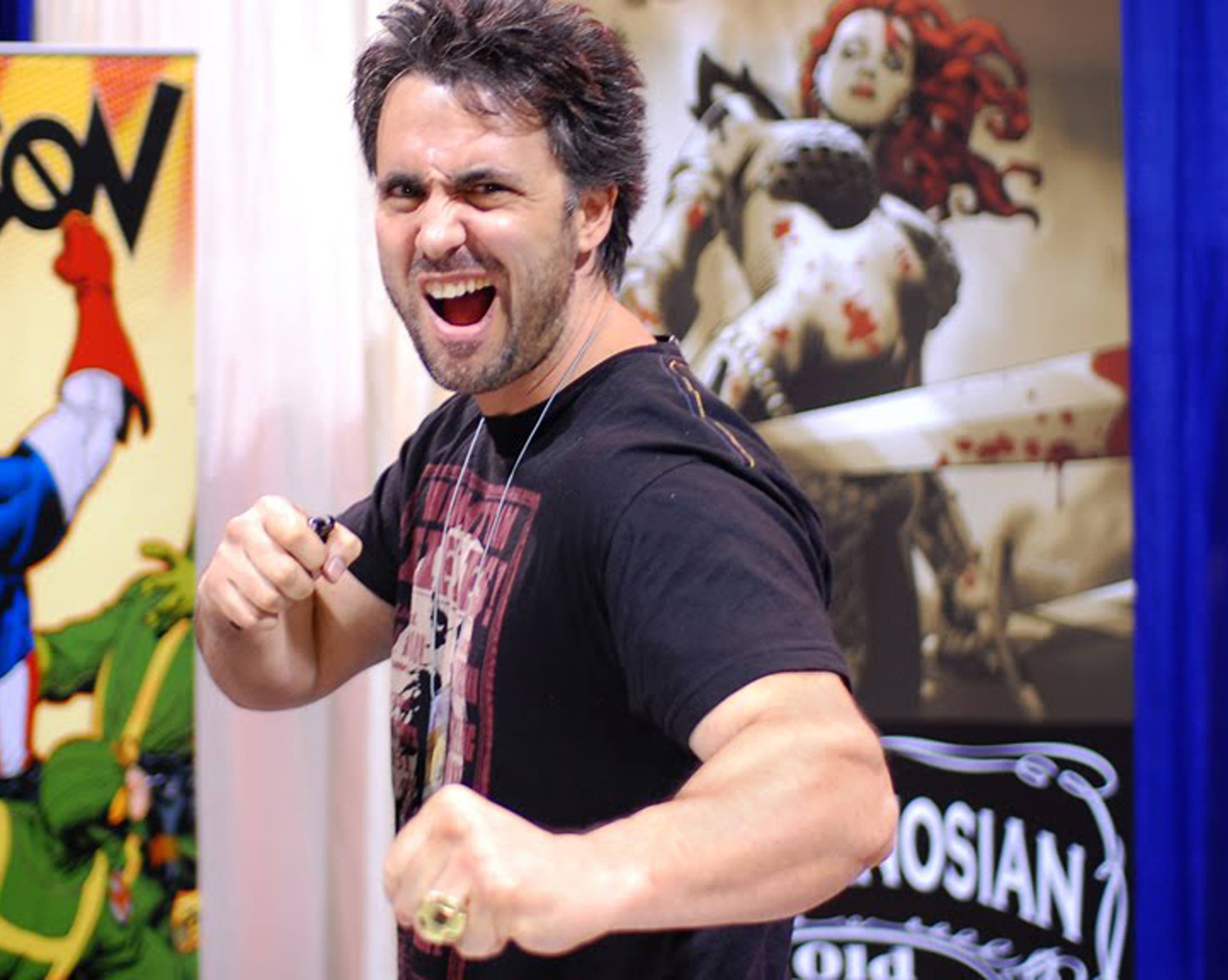 In addition to Royer, Almond will MC the event, while artist and longtime Inkwell contributor Dan Panosian will act as presenter. Recently-added Inkwell ambassador, artist Pat Broderick, will present the lifetime achievement awards. Also appearing will be veteran hostess Hailey Skaza-Gagne as spokesmodel Ms. Inkwell, who will be joined by 2011 Heroes Con Ms. Inkwell, Kathy Denise Taylor, in her first return to Heroes Con as a co-spokesmodel. She shared “I’m super excited to be able to come back and help again!”

Other related guests at the Heroes show itself include Inkwell ambassadors Buzz and Cully Hamner. There may also be surprise appearances at the ceremony by member-creators, the award recipients or other supporters. 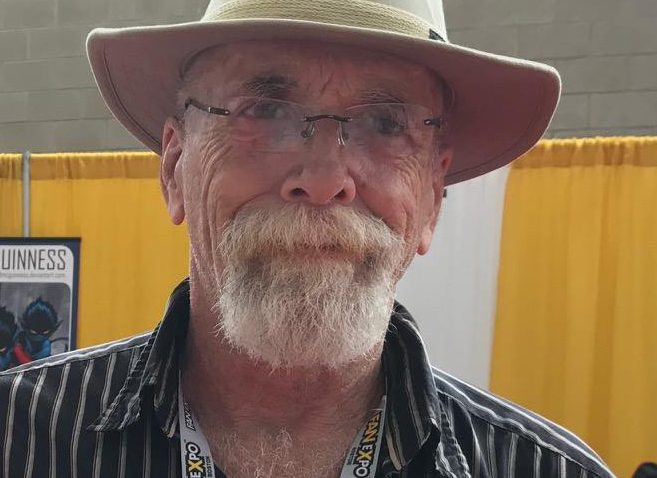 As an added bonus, the first 25 non-member attendees will receive a raffle ticket for a door prize. After the event, every ticket holder will also win a prize as explained at the ceremony.

“We’ve had record attendance for the last couple years,” said Almond, “and plan to repeat that achievement, especially with our impressive lineup and prizes.”

During the show, The Inkwells will be set up in Artists Alley at 1615-1616 as can be seen at the Heroes Con website. To help raise much-needed funds, they’ll be offering (for donations) a variety of Inkwell merchandise, including their recently-released Ms. Inkwell Gallery art book, signed by cover artist Bill Sienkiewicz, Joe Sinnott, Bob Almond, and spoksemodels Hailey Skaza-Gagne, Skylar Lauren Godwin and Kathy Denise Taylor. (Their latest Joe Sinnott Inking Challenge Book and 10th Anniversary Album will be available later in the year.)

Almond concluded, “We can’t show enough gratitude to promoter Shelton Drum and the Heroes Con staff for annually supporting the community and giving fans an opportunity to learn more about and appreciate this often overlooked industry craft and its artists. We’re really looking forward to seeing everyone on Friday and during the con!” 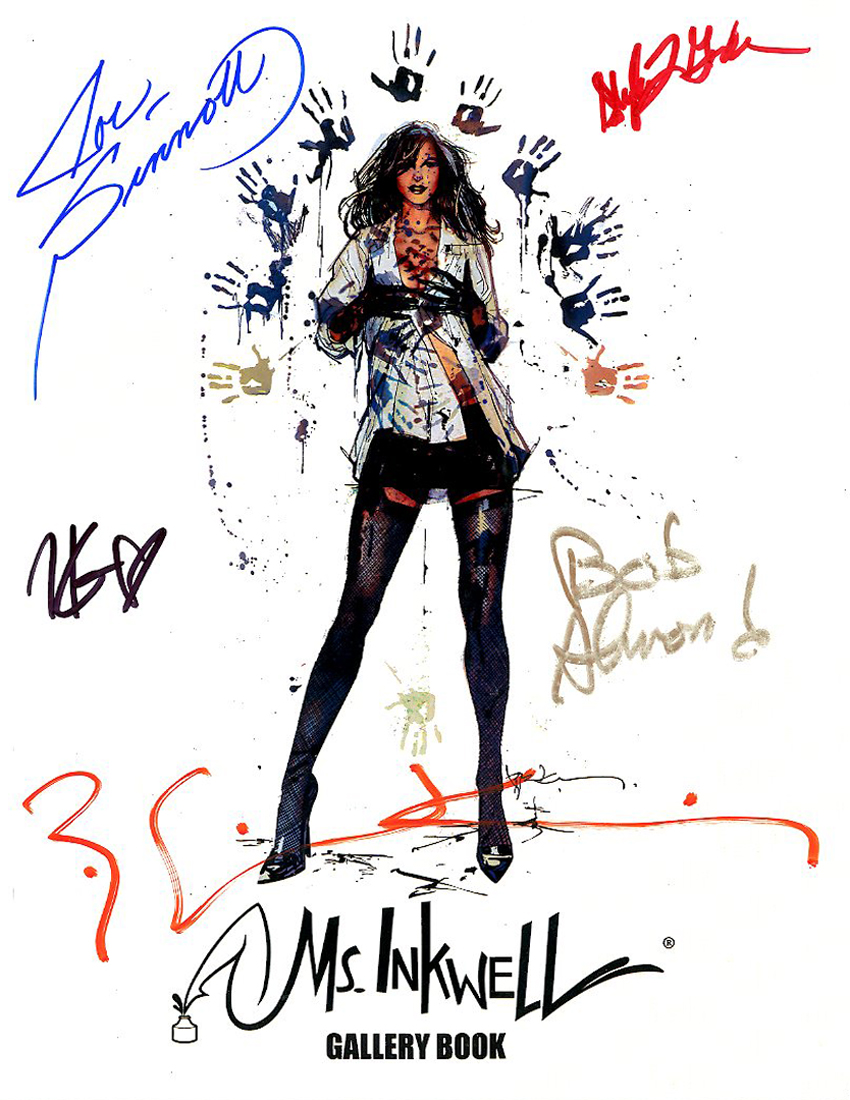 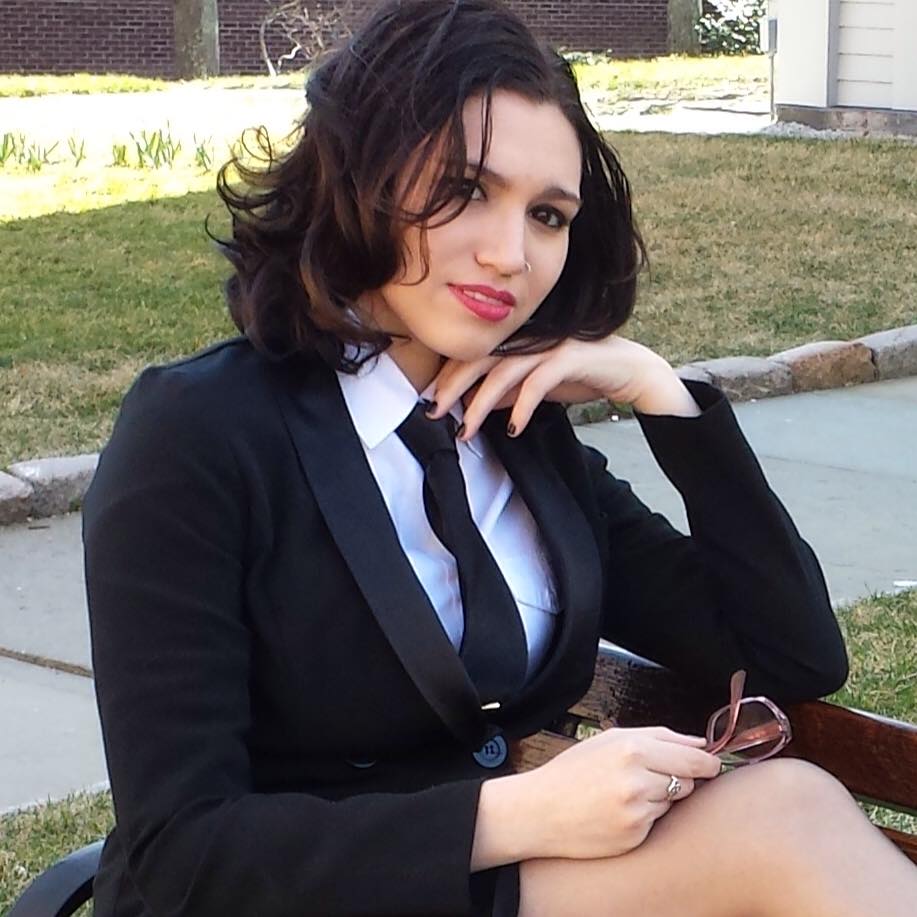 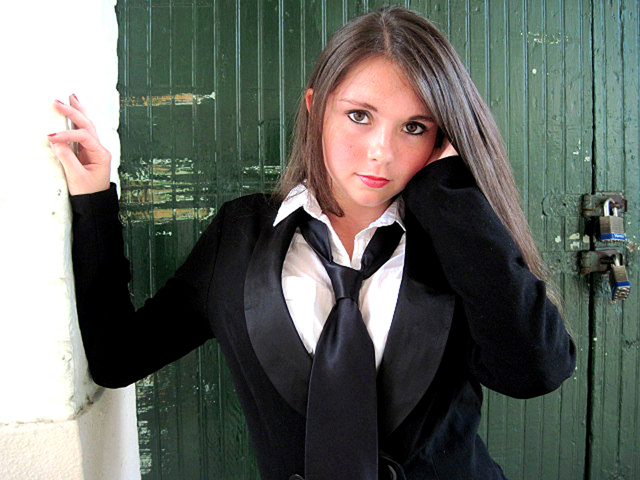