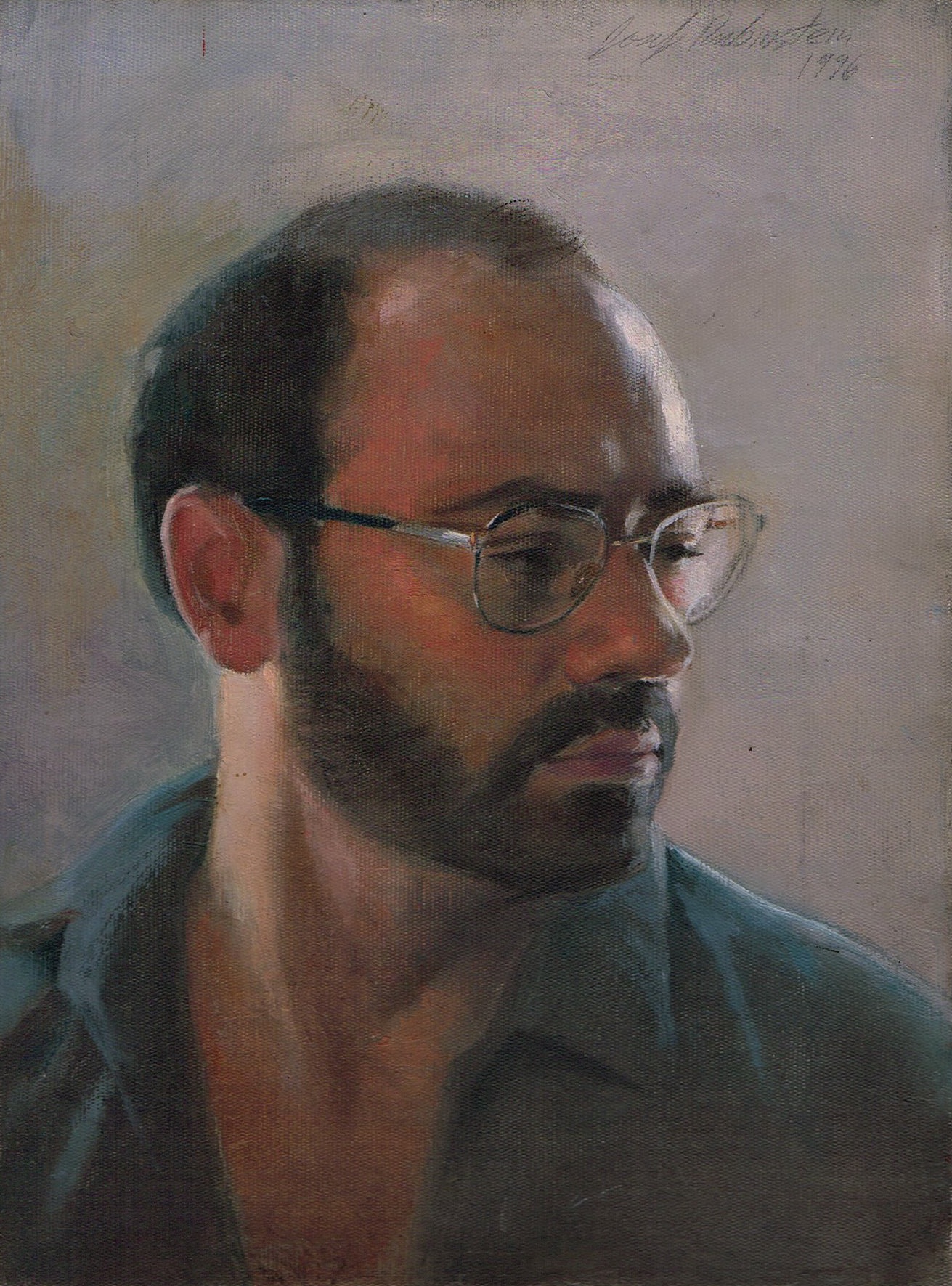 I’ve heard that Joe Rubinstein has been awarded the Inkwell Hall of Fame Award. Congratulations, Joe! You deserve it!

Joe’s credits over the years include Captain America, The X-Men, The Silver Surfer, Official Handbook to the Marvel Universe, Amazing Spider-Man, Superman, Wolverine, Batman, and many others.

I’ve been familiar with Joe’s work for close to 40 years. I think the first time I became aware of Joe’s inking was on a Man-Bat backup story that appeared in Batman Family which was pencilled by Michael Golden. The next time I saw Joe’s inks was with the first issue of The Micronauts, also pencilled by Golden. As a young, aspiring comic-book artist, I was very impressed with the art on the series.  Golden was a wonderful storyteller and very stylish. Joe’s work was great in regards to how he used effects like Zip-a-Tones, and rendering of form. I loved it, took notice and followed Joe’s work to other projects, such as his fabulous work over John Byrne on Captain America.

In the late 1970s, I was growing aware of different inkers’ styles and approaches. For example, Gil Kane was pretty much Marvel’s everyman. He did covers, fill-ins, pin-ups and interiors. His pencils always looked good with all inkers, but when he was inked by Romita, Janson or Palmer, it looked a little better. Joe was one of those who made it a little, or a lot, better. Check out the issue of Savage Sword Gil and Joe did together. I recall reading the issue while riding the bus home from a relative’s house. The Roy Thomas story was good, but what I really remember was the crazy amounts of Zip-a Tone used on the job. In addition to the usual gray tones, there were splatter textures, wood, pebble, concrete, gradations, and on and on, all on top of these wonderfully thick and juicy lines, and sharp renderings of legs and arms. I spent hours looking at it.

I first met Joe when I was an intern at Marvel Comics way back in 1983. Soon after, I started inking backgrounds for Joe. He must’ve liked the work I did, since he continued to give me background work. Over the years he allowed me more latitude in the backgrounds. Instead of just restricting me to straight lines, I was allowed to do trees, drapery, special effects and more. As we worked, we became friends and he was always asking my opinions on his inks.  I would offer what I could from my limited knowledge and was surprised to see that sometimes he would change things based on my advice!

Over the years, Joe has inked almost every artist in the business, including some inkers who rarely pencil interior pages. Through the early to the mid-1980s, Joe was the inker on The Official Handbook to the Marvel Universe. The series featured bios of every Marvel character, pencilled by a who’s who of artists working in comics at the time, along with many who had retired or worked exclusively for DC. Joe went out of his way to seek out those artists he wanted to work with. He scored some big names, such as Jim Steranko, Al Williamson, Wayne Boring, Curt Swan, Jose Garcia-Lopez, Frank Miller, John Byrne, George Perez and many others. He’s proud to say that he has inked more pencillers than anyone else in the business.

What Joe’s work in The Official Handbook to the Marvel Universe makes obvious is that Joe is a great inker, who manages to maintain the style and vision of the penciller, while bringing his own style of traditional comic inking mixed with a training in formal painting and portraiture.

Over the years, Joe has still continued to make his inking work interesting. He’s still experimenting with his line, rendering, textures; everything that makes his inking great. Even if one only counts a fraction of Joe’s work, he still deserves The Inkwell Hall of Fame Award. His work embodies everything that a professional coming book inker should be. 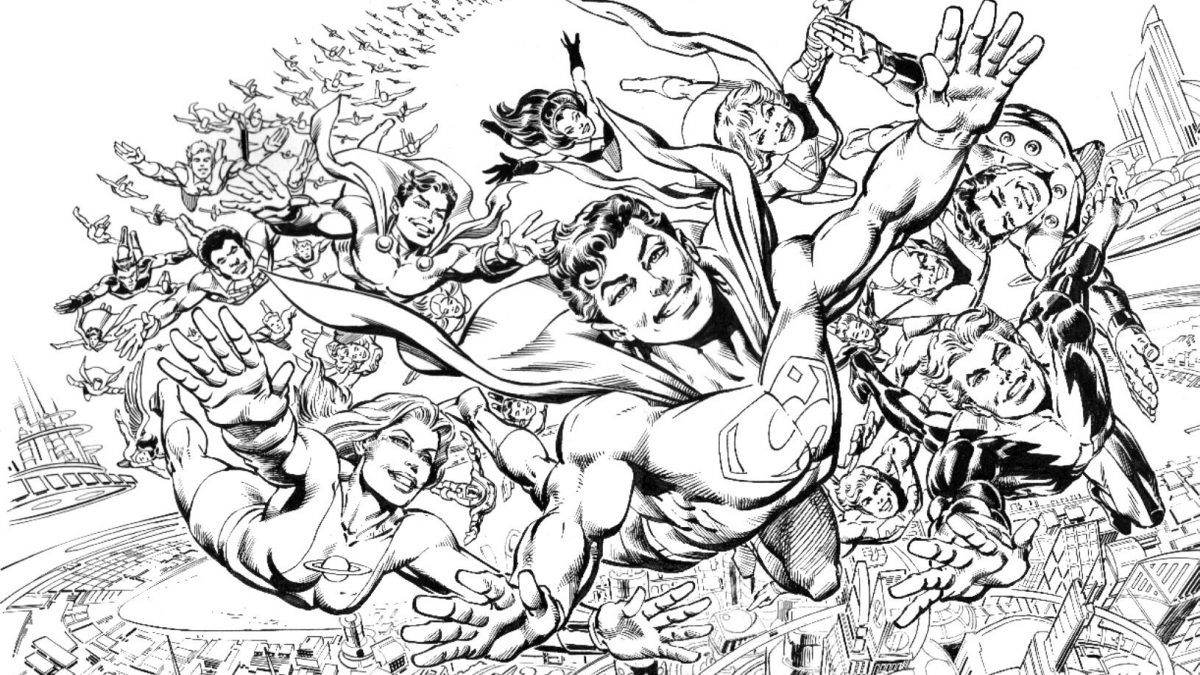 Jose Marzan Jr. started as an intern at Marvel Comics in 1983 at the age of 16, where he also started working for Joe Rubinstein inking backgrounds and other assistant work. In 1989 and 1990, his paintings were exhibited in The Society of Illustrators Annual exhibition in New York City.

Some titles from his long list of credits include Dr. Strange, The Silver Surfer, Roger Rabbit, The Justice League of America, The Flash,  Action Comics featuring Superman, and The Adventures of Superman. He received two 2008 Will Eisner Comic Industry Awards for his work on Y: The Last Man