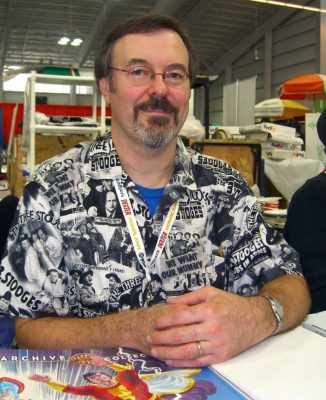 Jerry Ordway is a genuine renaissance man when it comes to comic book art.  He can write, he can pencil and, more importantly, he can ink, and it is for his skills as an inker that he has been recognized with the 2017 Inkwell Award Joe Sinnott Hall of Fame Award.

Jerry (aka “The Ordster”) began his career in comic books as a fan artist, providing spot illustrations for fanzines and industry magazines as far back as the late 1960s before breaking into the field as a penciller/inker. His first professional work came in 1980 when he was ‘discovered’ by DC Comics at a comic book convention. DC soon became the publisher that is most associated with Ordway’s name – the bulk of his work has been done for that publisher, and, predominately on one character, but more on that later. He came to prominence by inking two comic art giants on two of the most visible projects of the mid ’80s.

John Byrne was nearing the end of his stellar run on Marvel’s Fantastic Four when Ordway was tapped as Byrne’s inker. Nobody really knew it was coming to an end, and the stories that Ordway inked over Byrne remain some of the highlights of the entire acclaimed run. As if this wasn’t high profile enough, Ordway was then hired to ink George Pérez on DC’s landmark Crisis On Infinite Earths. His work over both artists was sympathetic and he was able to bring out their best qualities despite Byrne and Perez having two contrasting styles.  These two jobs helped put Ordway’s name before the public and had he stopped inking there, his place in inking history would have been assured.

Ordway kept moving forward. Replacing Byrne on Fantastic Four and then following him to DC, Ordway was given the art duties on the third Superman title, Adventures of Superman, coming on the back of Byrne’s reboot of the character. (Byrne handled the art on the other two titles, Superman and Action Comics.) This began a lifelong connection with Superman for Ordway and his name became synonymous with the character in the ’90s, both as a writer and artist. In fact, it was Superman that defined Ordway, and not always to his advantage.

As previously stated, the bulk of Ordway’s work has been with DC Comics. He has dabbled with other publishers and work, notably a run on Marvel’s The Avengers, and working on his own creator-owned character Wildstar for Image Comics, but the lure of DC has always been strong. Ordway has carved a career as being an inker for high-profile jobs, he inked Zero Hour over Dan Jurgen’s pencils, and once again inked George Pérez on 2007’s Infinite Crisis, a sequel of sorts for the original Crisis. In 2004, when DC reunited the legendary X-Men combination of writer Chris Claremont with John Byrne for a run on JLA, Ordway was the inker of choice.

His most recent work includes another revival of The T.H.U.N.D.E.R. Agents, published by IDW, and his self-published sketchbook/comic series, The Messenger, under his Okay Comics imprint.

Over the years, the quality of Ordway’s work has never suffered. If anything, his linework has improved as time has gone on. He can more than hold his own with new inkers, and he does this by working in the traditional form of inking, pen, quill and brush on paper, as opposed to digital inking, a modern-day favorite amongst many artists. He has risen above the bulk of  artists that he started out with and has become a peer with the likes of former Hall Of Fame recipients Terry Austin, Klaus Janson, Tom Palmer and, yes, Joe Sinnott himself.

In an industry where age often dictates a career, Jerry Ordway is one of the true giants, a last man standing with a career that shows no sign of slowing down. 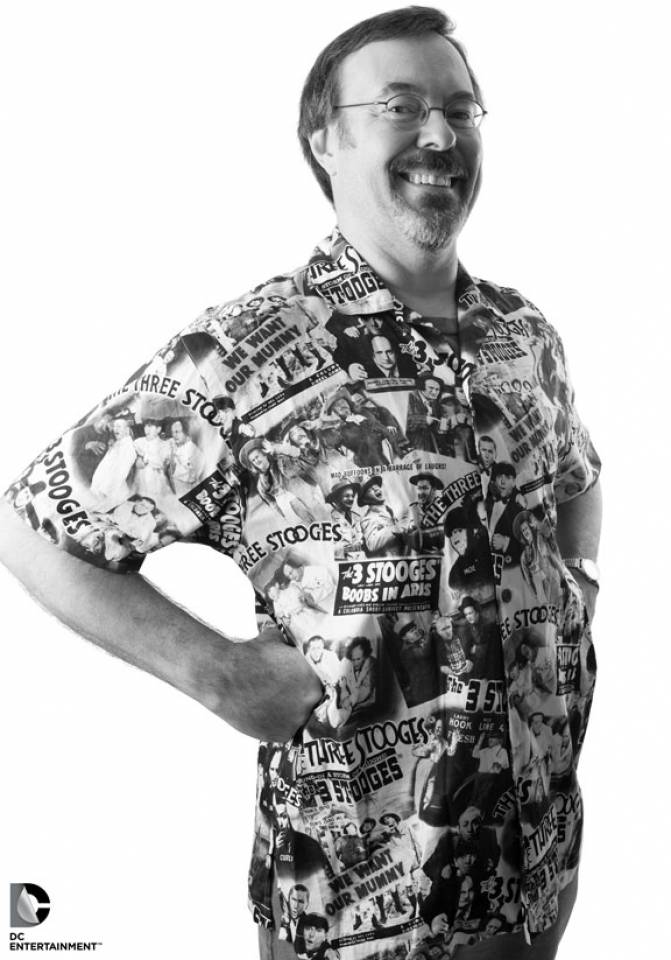