(FOR IMMEDIATE RELEASE- New Bedford, MA/USA–8/23/2022): The Inkwell Awards, a 501(c)(3) non-profit advocacy group, elected writer/editor/publisher Dan DiDio as a new Special Ambassador to help further the group’s mission of public promotion, education and recognition of the art form of inking and ink artists in the US comic book industry. 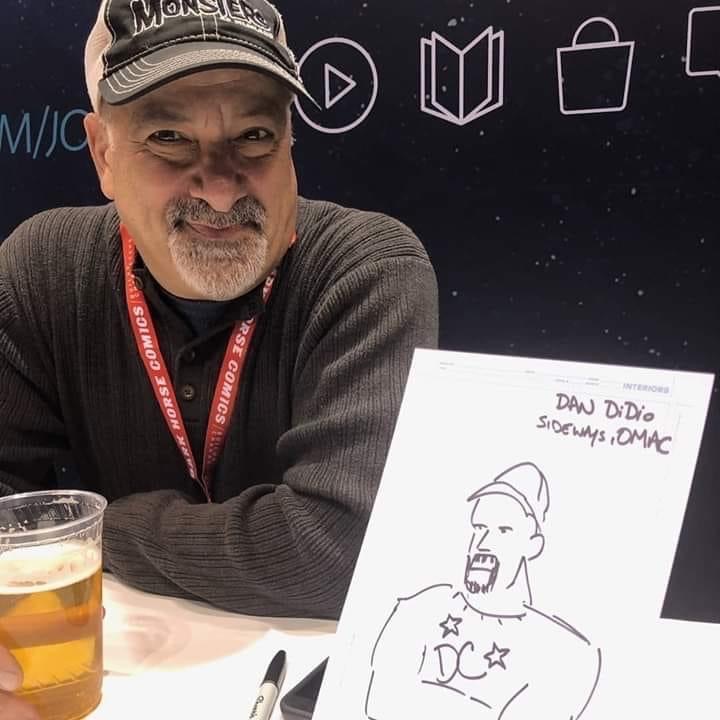 Dan DiDio began writing for TV and print in the early 1980s, joining DC Comics as vice-president-editorial in 2002, where he oversaw the new 52 maxi-series in 2006. While at DC, he also wrote several titles including Superboy, Metal Men, The Outsiders, OMAC, The Phantom Stranger, Sideway, and others. DiDio became co-publisher of DC with Jim Lee in 2010 and worked there until 2020. This year, he became publisher of Frank Miller’s new comic-book company, FMP (Frank Miller Presents). DiDio has worked with many experienced ink artists such as Brent Anderson, Keith Giffen, Miller, Jerry Ordway, Joe Prado and others.

Inkwell Awards founder and director Bob Almond said, “Dan (along with our first Inkwell Spotlight Challenge contributor Jim Lee), was the face of DC for a decade, during some of its most creative and best-selling efforts. His passion for the art form and industry is apparent in all he does, and we are thrilled to have that quality, along with his positive attitude, knowledge and experience on board with our goal to increase the recognition of ink artists and their contribution to the form. As we launch another season and approach our 15th anniversary in 2023 Dan’s superstar presence added to our already lofty roster of ambassadors raises the bar that much higher.”

DiDio commented: “I have always believed in the importance of an inker’s work and contribution to the finished art in comics. The inker’s talents are as identifiable as the penciller. Therefore, I am very honored to be named a special ambassador to the Inkwell Awards and to help continue promoting their craft.”

The Inkwell Ambassador’s main role is to celebrate the work of the organization and support its mission all the while enhancing it’s exposure and credibility. Prior ambassadors include (in chronological order) Adam Hughes, Mark Brooks, Sal Velluto, Cully Hamner, Eric Basuldua, Phil Jimenez, Jim Shooter and Brian Pulido, along with the late Joe Kubert and Rich Buckler. The more-involved Special Ambassadors include the late Joe Sinnott, J. David Spurlock, Mike McKone, Clifford Meth, Aldrin Aw, aka “Buzz”, Dan Parsons, Rags Morales, Jim Starlin, Laura Martin, Mark Sinnott and Joe Prado. The role is not made up exclusively of ink artists but of different creative talents to show community solidarity in support of the quality-driven art of inking.

The Inkwell Awards is an official 501(c)(3) non-profit organization whose mission is to educate the public and promote the art form of comic-book inking, as well as annually recognize and award the best ink artists and their work. Founded in 2008, the organization is overseen by a volunteer committee of industry professionals and assisted by various pro ambassadors, numerous contributors and supporters. They sponsor the Dave Simons Inkwell Memorial Scholarship Fund for the Kubert School and host the Joe Sinnott Hall of Fame Award.