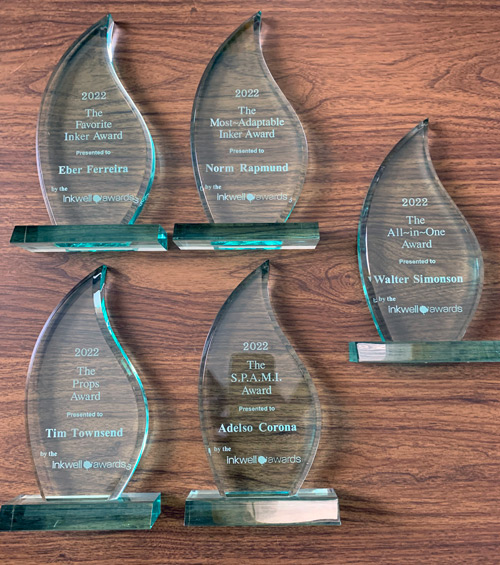 (FOR IMMEDIATE RELEASE: New Bedford, MA/USA—June 1, 2022) The 2022 AWARD RECIPIENT RESULTS were circulated today and now we present the expanded “Racehorse” version like the ones I have posted in our annual Sinnott Inking Challenge Books and were inspired by the past Comic Buyer’s Guide/CBG Fan Awards results. This one supplies all of the nominees’ votes, percentages and all the winners’ statements (at press time). There were 2, 597 ballots placed. 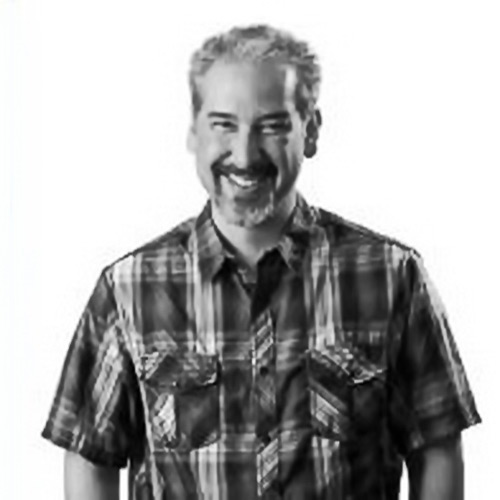 With 19% of the votes, NORM RAPMUND wins for the second consecutive year! This race was the closest one for all involved and there was also an upset as Wade had the lead in the first week and Daniel Henriques was runner up until week two when Norm surged ahead of those two with Wade taking second place instead of Daniel. Scott Hanna (2010-2012, 2018) & Danny Miki (2008) have won this category previously. Daniel Henriques was runner up last year and Cam Smith RU in 2019.

NORM: “I’m incredibly humbled to be recognized as the Inkwell Awards’ Most-Adaptable Inker this year. To have fans and peers still appreciate & enjoy the work I’ve been doing means more than I can fully express. I’ve worked with some fantastic pencillers this year, but I’d like to especially give a shout out to Paul Pelletier, Dan Jurgens, Scot Eaton and Roger Cruz. Without them, this award wouldn’t be possible. I’d also like to thank the Inkwell Awards team for continuing to shine a light on the many talented inking artists in the comics industry.” 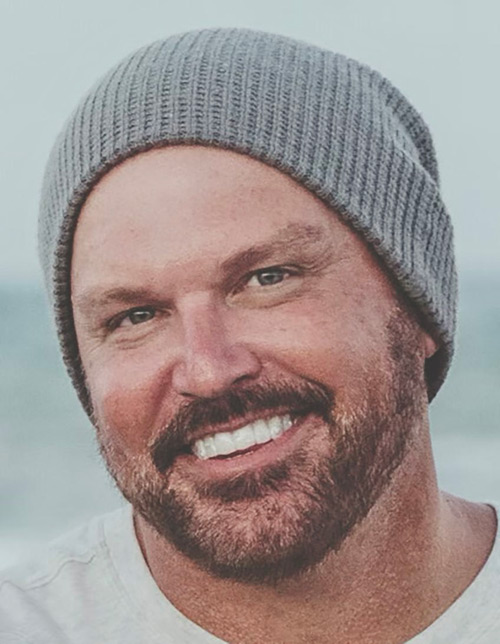 Props Award: Ink artist deserving of more attention for their work over other pencil artists. (NOTE: The same inker cannot be nominated for this award and Favorite Inker; only one or the other. Winners in last 5 years are not eligible.)

TIM TOWNSEND wins this category for the first time with 24%!  Tim has not won any categories since 2009 when he took both the Most-Adaptable Award and the S.P.A.M.I. Award. Adriano Di Benedetto was closely trailing the first week but Tim gained more votes than him the second week and pulled ahead. Adriano was runner-up last year and others  listed in this category have been nominated before except for Baldassini and Brabo who were new to the Inkwell ballot.

TIM: “I would like extend a heartfelt thanks to the Inkwell Awards core and nomination committees as well as all of those who voted for me. It’s extremely comforting and reassuring to know that my work is still appreciated. Thank you as well to my fellow professionals for the deep well of talent from which I draw endless inspiration. 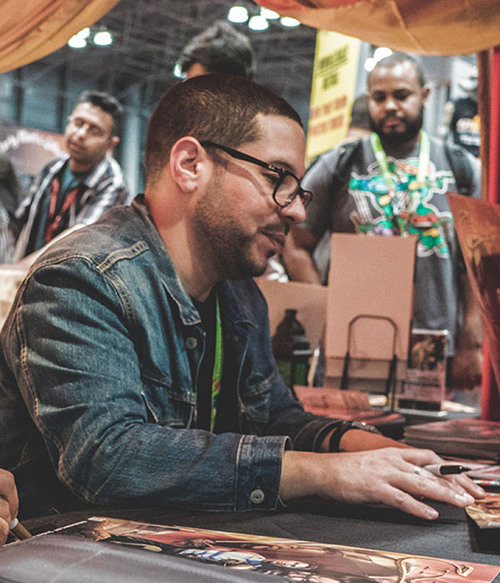 The S.P.A.M.I: Favorite Small Press And Mainstream/Independent ink work over another pencil artist (non-Marvel or DC work; inkers who inked their own pencils are now acceptable in this category).

1. David Cabeza: 486 (19%): The Orville: Digressions [Dark Horse]2. Adelso Corona: 732 (28%): Gunslinger Spawn, The Me You Love in the Dark [Image]3. Kevin Eastman & Studio: 614 (runner-up, 24%): TMNT: The Last Ronin [IDW]4. Ron Garney: 302 (12%): BRZRKR [Boom]5. Terry Moore: 463 (18%): Serial [Abstract Studio]
With 28% of the votes, our winner is ADELSO CORONA for his second consecutive win in this category! He was a nominee in 2020 and he was in the lead through much of the race but Kevin Eastman & company surged ahead in the final few days but not enough to overtake Adelso. Only David Cabeza has been nominated in this category previously in 2020 while Eastman, Garney and Moore were all new candidates here. (Moore has been nominated 4 times in the All-in-One but not this year.)

ADELSO: “To be recognized by the Inkwell Awards a second time in a row is an incredibly humbling experience. I don’t have the words to properly express what this means to me as an inker, as an artist, as a person. To be mentioned amongst so many great artists with incredible accomplishments is something I could not have imagined but to actually win an award for contributing to an art form that I hold so close to my heart is surreal. Thank you to the all the fans, supporters, collaborators and fellow artists who were nominated and are such a huge part of this industry as we know it, much respect. To the Inkwell Awards, thank you for making this kid from Queens’ dreams become a reality.” 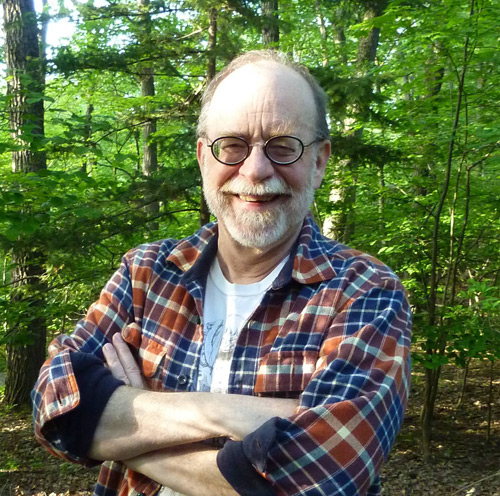 1. David Cabeza: 353 (15%): The Orville: Digressions [Dark Horse]2. Joëlle Jones: 556 (21%): Future State: Wonder Woman, Infinite Frontier [DC]  3. Marco Santucci: 683 (runner-up, 26%): Green Lantern [DC]4. Walter Simonson:1005 (39%): X-Men Legends [Marvel]
For the second largest vote count and percentage on the ballot, WALT SIMONSON wins the All-in-One Award with 39% of the votes! Walt was previously nominated in 2017 for his series “Ragnorok“. Only David Cabeza was new to this category as Joëlle Jones was runner-up in 2019 and nominated the 2 years prior to this. Marco Santucci was nominated last year.

WALT: “ I would like to express my appreciation to the Inkwell Awards, the nomination committee and to the committee that manages them. I am deeply grateful and humbled to receive the All-in-One Inkwell for 2022. And in no small part, I’m pretty surprised too.  Thank you to all those voters who chose to honor me in this manner. I would also like to offer my congratulations to all the nominees in the various categories for the Inkwell Awards this year.”

The Inkwell Awards expresses CONGRATULATIONS to all award recipients! 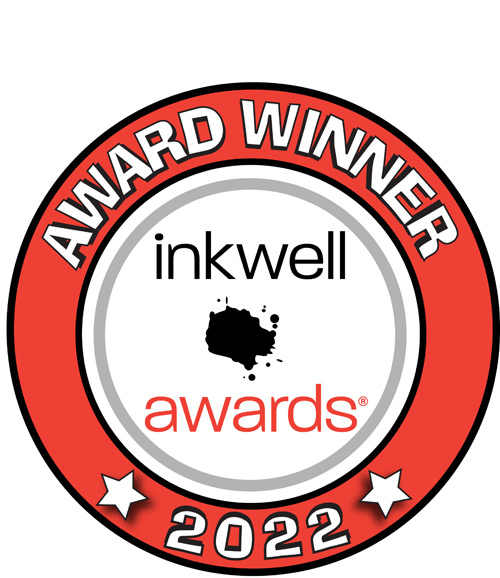