(New Bedford, MA/USA–12/31/2020): The Inkwell Awards, a 501(c)(3) non-profit advocacy group, elected artists Mark Sinnott and Joe Prado as new Special Ambassadors to help further the group’s mission of public promotion, education and recognition of the art form of inking and ink artists in the US comic book industry. 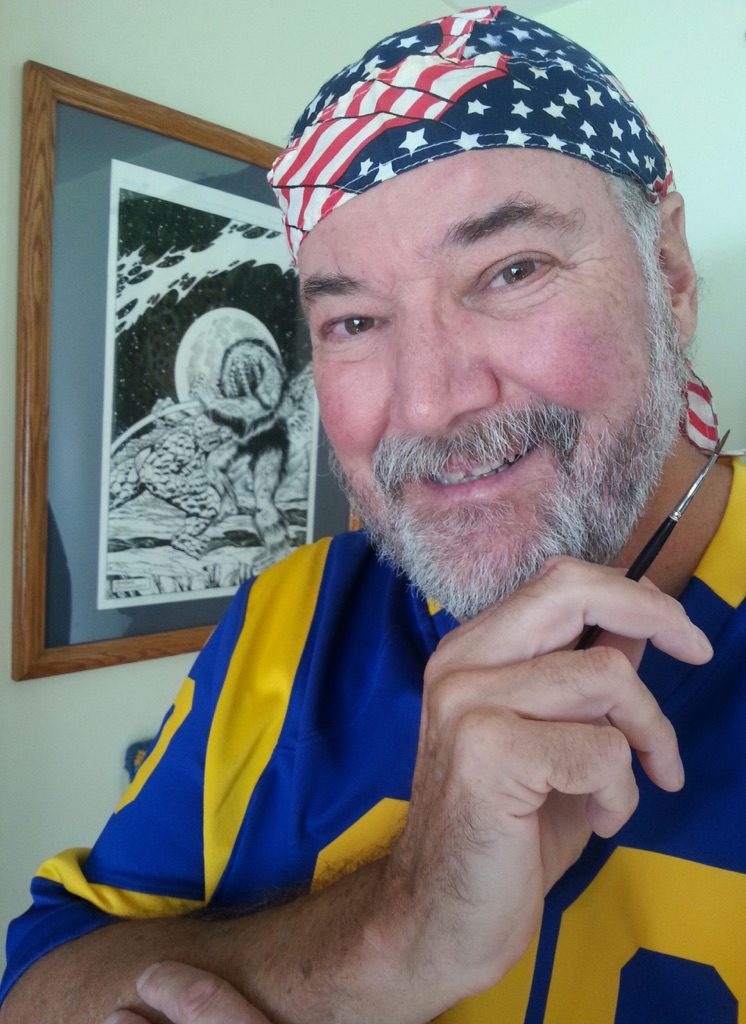 MARK SINNOTT is the son of legendary Marvel Comics artist and inker Joe Sinnott. He is his late father’s historian, librarian, and former liaison. Mark’s dad, Jack Kirby and John Buscema were Mark’s earliest comic book influences. His first work, a drawing of Beetle Bailey in 1970, at the age of 9, was published in the comic fanzine The Collector #20. Over the years, Mark has inked some backgrounds for Joe, and has inked panels of the Spider-Man Sunday syndicated comic strip as a fill-in. Mark has also illustrated several drawings for two literary anthologies by his son, Dorian J. Sinnott: Into The Uncanny and Watercolors. Most recently, his inks have graced the pages of Totally Galactic Comics – Jetta Raye Adventures. Mark has been an Inkwell Awards Senior Contributor since 2008 and was awarded an Above & Beyond Award in 2018 for his service as a liaison. A lifetime Saugerties, NY resident, Mark lives with his wife Belinda, their 2 sons, Dorian and Trevor, and their dog Basil.

Inkwell Awards founder and director Bob Almond said, “While Joe Sinnott had his fans of his prodigious output of ubiquitous work, few knew about Mark’s life and career. Mark Sinnott has been his dad’s keeper, a permanent fixture for anyone who would see Joe at a convention appearance or communicate with him to request a commission or art sale. When Joe passed away in June of 2020, I spoke to Mark and he expressed interest in carrying on his father’s legacy by continuing his association with the Inkwells and their mission, something his dad sincerely and proudly supported.”

“The Inkwell Awards is a great organization, one that is dedicated to recognize the best inkers and to promote and educate regarding the art form of comic-book inking.  There are numerous inkers that have certainly improved and enhanced the work of so many pencillers. I was fortunate enough to see my dad work first hand for so many years, embellishing countless pages of pencils over many different artists. It was a thrill for me as a young child to see this, and still be in awe as an adult many years later. It never grew old, watching my dad work. Through the years, I was so fortunate to be able to ink some backgrounds for my dad, and in Joe’s later years, helping by inking some panels on the Sunday Spidey strip. The big thrill for me was to be able to ink my dad’s pencil work in some of the Inkwell Awards Inking Challenges. I know that Joe was very proud to see members of his family participate in this endeavor. He also looked forward to receiving the completed pages that arrived from various inkers. It was quite interesting for Joe to see the different interpretations of his pencil work. It was something that he truly enjoyed seeing in his later years. Thank you all for participating in these challenges and helping to put a smile on my father’s face.” 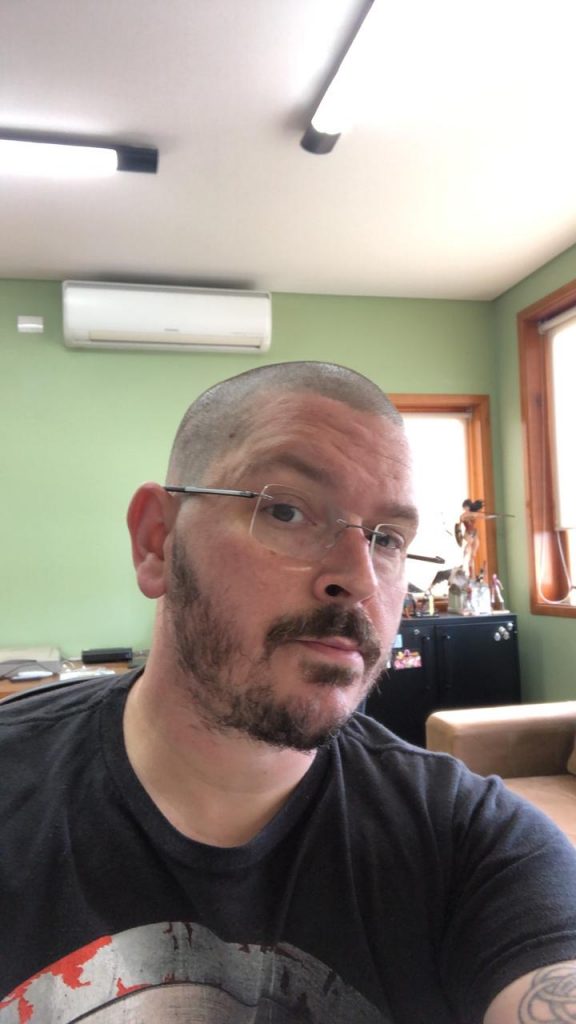 JOE PRADO began his career back in the early 1990s working as a professional comic-book artist and illustrator in the Brazilian market. During that time he produced hundreds of fantasy, horror, superhero and science fiction illustrations and comics for myriad publishers, books and magazines. He’s also known as the co-creator of the comic book mini-series UFO Team with writer Marcelo Cassaro. In 2004 he started producing comics for the US market.

Among his credits are Action Comics, Superman, Green Lantern, Birds Of Prey, Rann/Thanagar War, Teen Titans, The Warlord, Red Sonja, The Phantom, and many others. In 2009 he began his long-standing partnership with artist Ivan Reis on DC’s Blackest Night, which led them to Brightest Day and then their world-renowned run on Aquaman. All three series were with writer/TV and film producer Geoff Johns. After that, Joe inked hundreds of books such as Justice League, Multiversity, Cyborg, Justice League America, The Terrifics, et al. For the past two years, Joe has inked Ivan Reis on the Superman relaunch, written by Brian Michael Bendis.

Besides being an artist and inker, Joe has been Co-Owner/Talent Manager of Chiaroscuro Studios, representing dozens of comic-book artists, since 2002.

Joe is the proud recipient of two Inkwell Awards. In 2016,  he won for “Favorite Inker” and in 2018 for “Props – Talent deserving of more attention.”

From his home in Sao Paulo, Brazil, Joe said:

“First off, I can’t express how honored I feel being considered for something like this. And having the possibility to spread the consciousness about the inker’s role on comics is something priceless to me. I’ve always been a fan and a collector, besides being a professional, and that remains til this day; reading comics since I was a kid back in the ’70s made me fall in love with the medium. Especially inking!

“When my grandfather introduced me to Hal Foster’s Prince Valiant, Alex Raymond’s Flash Gordon and Milton Cannif’s Terry & The Pirates, it changed how I perceived the medium and I was hooked for life. I decided that I was going to work in comics and would study the hell out of them! So while it may sound corny, I’d like to thank my grandpa, Armando Fossa, wherever you are now, for all the inspiration and countless hours of chats about comics; that was what lead me here. And of course, my wife, Tatiana, for always putting up with my madness, and not dumping me all these years. Love you!”

Bob Almond added, “Much like the prominent Filipino School of ink artists starting in comics’ so-called “Bronze Age,” the Brazilian contingent has been quite active in the USA since artists Mike Deodato, Jr. and his studio hit it big at Marvel and DC in the ’90s. So, having Joe proudly represent that pool of contemporary and popular inking talent is a fortunate coup for us. Joe also brings his contagious passion and enthusiasm to the team and anyone who listens to him; he is compelled to try to help us in every way.”