“**AT LAST! INKWELL AWARDS FUNDRAISING AUCTIONS ARE BACK! Starting today we have 16 original art donations on the block on eBay for the next 7 days! Much kind thanks to the generosity of several donors and supporters such as Jae Lee, Elias Chatzoudis, Tony Kordos w/ Paul Pelletier, Joe Prado w/ Jose Luis Garcia-Lopez and Joe by himself, Brian Stelfreeze, Tom Raney, Walden Wong w/ Keith Giffen (2), Josef Rubinstein, Bob Camp, Mark Farmer, and a few past Inkwell Joe Sinnott Inking Challenges that weren’t run previously such as a Neil D Vokes embellished job over Loki, and for Erik Larsen’s Spotlight#3 Savage Dragon inks by Marc Deering, Scott James and Tom Schloendorn. These will be gradually leading up to the upcoming 4th Sinnott Inking Challenge Spotlight on…David Finch! PLEASE SHARE AND LOOK (BIDDING WOULD BE GREAT, TOO!) And thanks as always to my team that makes this all happen! https://www.ebay.com/sch/theinkwellawards/m.html?_nkw=&_armrs=1&_ipg=&_from=&rt=nc&LH_Auction=1 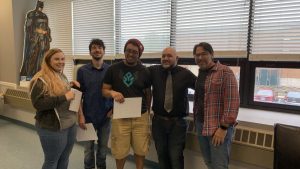 On May 4 the Kubert School had their annual scholarship awards ceremony and the Inkwell Awards awarded their 10th Dave Simons Inkwell Memorial Scholarship Award with veteran core committee Erick Korpi representing our non-profit organization to AJ Cassetta. Special Inkwell ambassador, author and advocate Clifford Meth, who has represented us several times previously, was in absentia this year. So Erick assisted for disbursing his scholarships. Erick shared his experiences and details from this special event.

Thanks much to Michael Chen for the photos and info. And to Erick for taking the day to attend this event on behalf of us and the late Dave Simons and his sister Bette Simons Rock. 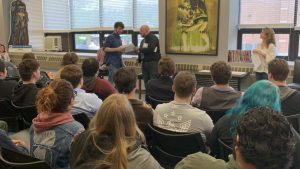 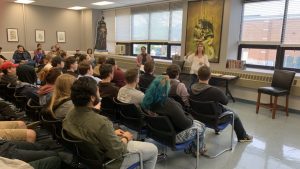 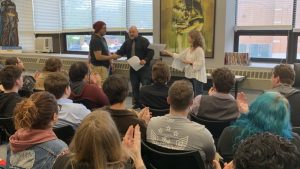