Nominees were chosen by a separate and independent nomination committee and sixteen participated. Voting by professionals and fans alike took place via live ballot at the non-profit advocacy’s website. One winner was chosen in each of five categories based on American-based interior comic-book work cover-dated 2017.

Separately, the Inkwells internally selected the two recipients of the annual Joe Sinnott Hall of Fame Award and one recipient for the Stacey Aragon Special Recognition Award (SASRA) category. Winners were contacted and about half of the invited guests were present to receive their trophies during North Carolina’s Heroes Con, the host show for the Inkwells, for their eighth live ceremony. Winners and nominees are listed below, along with the percentage of votes received, where applicable.

FAVORITE INKER: Favorite ink artist over the pencil work of another artist 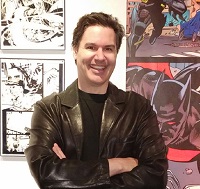 PROPS AWARD: Ink artist deserving of more attention for their work over other pencilers. 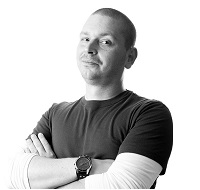 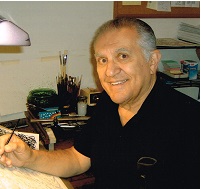 “WOW!! I’m blown away. This is truly an honor and l’m both proud and humbled to be chosen. From the bottom of my heart…. THANKS SO MUCH!”

ALL-IN-ONE AWARD: Favorite artist known for inking his/ her own pencil work. 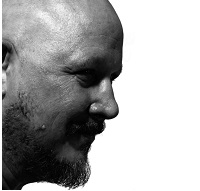 “The Inkwells are important in many ways – they elevate our craft, they are administered by industry legends, and then voted for by the public. I am breathing rarified air to be placed in such esteemed company alongside those I greatly admire. I could not be happier to receive this award. Thank you to all who made that possible!” 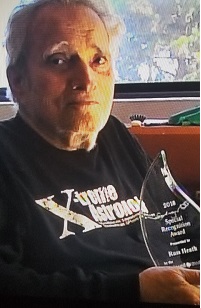 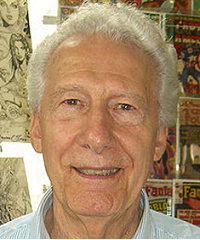 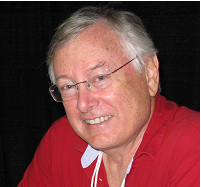 Bob McLeod
“Thanks very much to the inkwell awards and the people
who voted for me for this this award.
I should say up front that, as Bob Almond knows, I’m not
really a big fan of awards for artists. I think they’re too
often given for the wrong reasons and are often too
subjective to have much meaning. However, it’s of course
always very nice to receive an award of any kind, and in
particular these inkwell awards provide very much needed
recognition and appreciation of the art of comic book
inking, which has rarely received the respect that it
deserves. So I do appreciate it, and in this case I’ll just
assume it was awarded to me for the right reasons. 🙂
Today, I’m actually best known not for inking, but for cocreating
and penciling the New Mutants. But I have done a
whole lot of inking. I started my career doing lettering
corrections in the production department at Marvel, sitting
next to Mike Esposito and Frank Giacoia, two top inkers
who were doing their inking right there in the Marvel office
at little wooden drawing tables. I of course wanted to be
drawing comics, and had no ambition to do inking at all.
But Mike Esposito said I could learn to be an inker faster
than I could learn to be a penciler. So I started inking
backgrounds for Mike, and was soon getting my own ink
jobs. I was lucky enough to be able to learn the art of
inking while getting paid to do it. So please disregard my
first few ink jobs!
The unfortunate truth is that very few people really
understand exactly what an inker contributes to a page of
comic art. I know I didn’t, before I became an inker. The
inker’s role can vary quite a lot depending on the penciler,
and also on the inker. Digital coloring’s full range of tone
has also greatly affected the role of the inker, often
usurping a lot of what we used to do in my day. Today’s
inkers usually play a somewhat different role than I did
during most of my career, due to the digital color and how
tight the pencils typically are now. Tight pencils don’t allow
the inker as much artistic input. In the first three decades
of my career, the inker was expected to bring a lot to the
table, because most pencils were fairly loose and not at all
meant to be traced. You couldn’t trace pencilers like Billy
Graham and Bob Brown even if you wanted to. The inker
needed to have a rendering style, and be able to refine the
drawing. Good control of the brush and pen were a given.
But although I did an awful lot of inking, and I’m proud to
be called an inker, I also was always doing penciling. At
first for Crazy magazine, and soon after for the dramatic
comics. I’ve always considered inking just part of the
process, and I wanted to do the complete art; penciling,
inking, lettering and coloring whenever I could (which
turned out to be just once in 40 years). But I penciled and
inked a lot of comics. And because I could draw as well as
ink, I was very often asked to ink beginning pencilers or
pencilers who didn’t have a good rendering style, and I
was expected to make their art look better than it was.
That often required a good amount of erasing and
redrawing. I was doing at least half the work. But at that
time, the penciler’s job was just mainly concerned with
composition and figure posing. Pencilers weren’t expected
to draw pages finished enough to be traced. The editors
wanted them to be spending their time doing visual
storytelling, and drawing at least a page or two a day.
They wanted the inkers to be adding the finish style and
making the art clean and ready to print.
Similarly, I also did a lot of what was called “finishing”,
which consisted of inking breakdowns rather than finished
pencils. Breakdowns typically have no lighting or
rendering, and the drawing can be very loose. So I had to
have a good knowledge of anatomy, lighting, and to know
where and how to do rendering that was appropriate to the
pencils. I couldn’t ink Michael Golden’s Howard the Duck
the same way I would ink John Buscema’s Conan, but on
both of those jobs, the style of the finished art was entirely
up to me. And that’s the way I liked it. The looser the
pencils, the more fun I could have finishing them up.
So I’m very fortunate to have worked in comics during the
decades that I have, and I’m proud to have managed to
spend the majority of my lifetime working for most of the
top publishers, and I do consider it an achievement to be
proud of, so thank you very much for this award.”

Joe Sinnott:
“I was thrilled to hear that two very fine inkers were selected for induction into the Inkwell Awards Hall of Fame for 2018,” said Joe Sinnott, the award’s namesake and first recipient. “Both Joe and Bob have previous ties to the Inkwells, Bob being the keynote speaker at their awards ceremony at HeroesCon in 2012, and Joe being the Guest of Honor at the 2017 ceremony. It is with great pride that we honor these two excellent ink artists into the Inkwell Awards family as 2018 recipients of the Joe Sinnott Hall of Fame Award. Congratulations, fellas, on jobs, and careers, well done!” 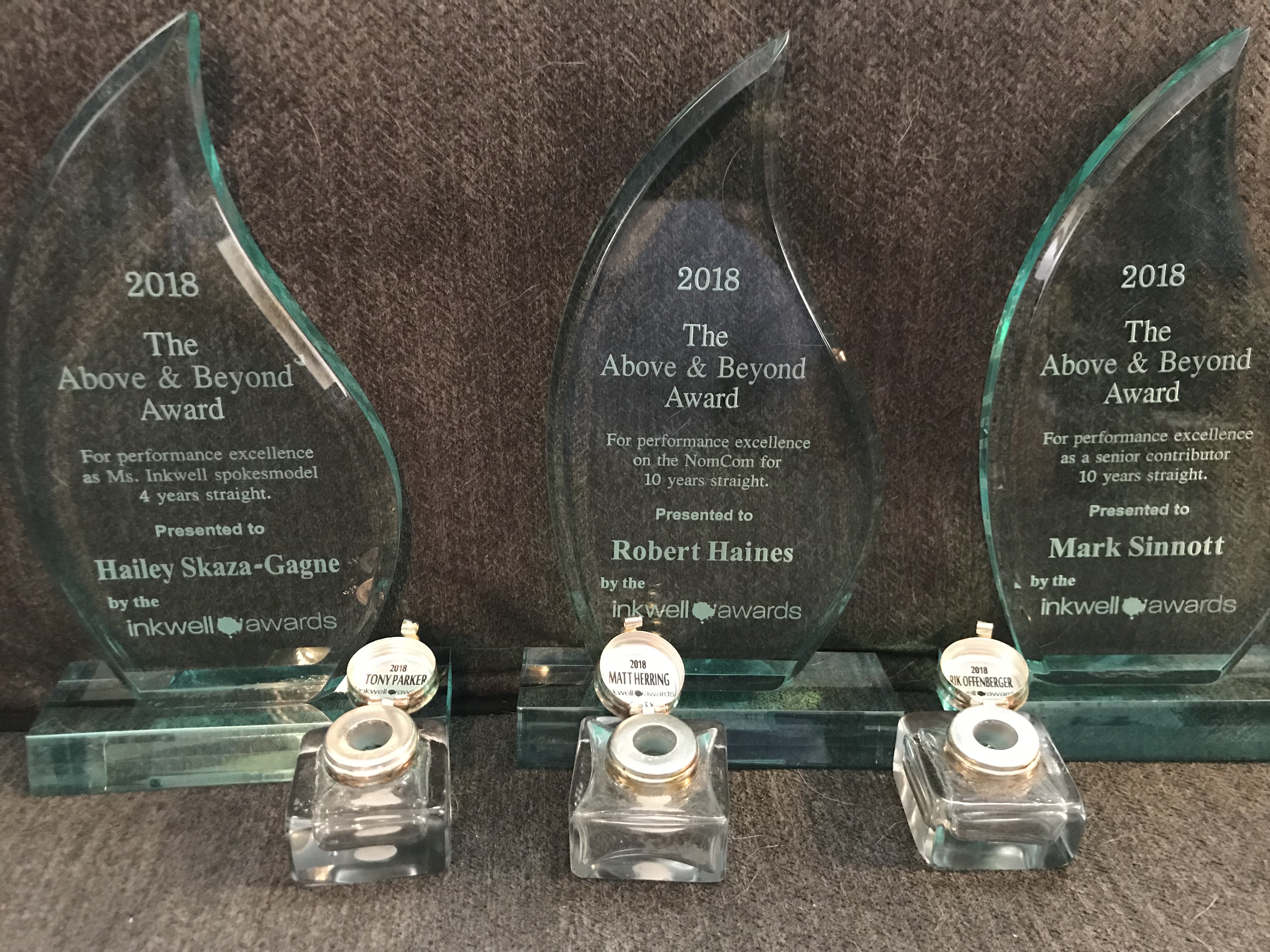 The live awards ceremony began with a special appearance by guest of honor and industry legend Mike Royer, who discussed the art form of comic-book inking, his career in the medium, and its artists. Inkwell Awards founder and director Bob Almond acted as ceremony host. He was joined by hostess and spokesmodel “Ms. Inkwell,” as portrayed by both Hailey Skaza-Gagne and 2011 spokesmodel Kathy Denise Taylor. Artist and Inkwell Contributor Dan Panosian presented the five main awards. Artist and Inkwell Ambassador Pat Broderick presented the Hall of Fame and SASRA awards.

In celebration of the non-profit’s 10th anniversary, Almond created the Above & Beyond Award for those organization members who have performed exceptionally (or others in the community who have made special efforts to advance the art form of inking). These went to:

–Hailey Skaza-Gagne, the longest-running Ms. Inkwell spokesmodel, who has appeared at four straight Heroes conventions and attended 21 consecutive events, raised thousands of dollars in fundraising, all the while expanding her duties to include public speaking and moderating panels.

–Robert Haines, the first person to serve on the nomination committee for 10 consecutive years since it began.

–Mark Sinnott, who has been a Senior Inkwell Contributor for a decade, acting as the liaison between the Inkwells and his father, Joe. “Without Mark’s generosity and diligence,” Almond said, “there would certainly not be nearly as many achievements nor funds raised for the organization–successes which allowed us to reach 10 years of operations and altruism.”

Thanks to the following people for their generous cooperation: Stephen Wyatt, Jeffrey Harnett and Pat McGrealy.