Yesterday Stacey Aragon’s husband David Hansen posted on his Facebook page that his wife of several years had passed after a long battle with cancer. She was only 39. She was being treated for her illness for ten years, not telling me about it until much later after she joined us in July of 2009. She served as a contributor for social networking and fundraising until October of 2011 when she was promoted to the core committee, our first woman added to our committee roster. She only had a brief stint there from November 2011 to June 2012 because her cancer and treatments got more serious and she would need to move cross-country for viable health care in another state. But she remained as a senior contributor from November of 2013 until she passed, even sharing an auction notice on Facebook for us ten days before the end. She handled several duties over that time like updating our site’s Inker Resources section and Database, Fundraising, Nomination Committee Coordinator and a Volunteer Network. From this list she wasn’t able to significantly get the last two projects off the ground because her condition kept deteriorating. One of the projects she was experienced about and wanted to create was a multi-tier membership system so that we could collect annual dues with an incentive system.  That was not to be. She would wrap up her final days sharing all of our announcements and even attending some conventions in her area with Dave because it got her away from all the angst of reality and she was able to use it as therapy, even collecting donations from artists to ship to us.  She so enjoyed helping and giving to others that it made her feel better. This, her husband, and her connection to friends/family/loved ones via the internet were her lifelines and what I believe kept her fighting for as long as she did. She would often say that the Inkwells were her family. She was as close to family as anyone in my organization until recently with my present spokesmodel Hailey. As her availability lessened I never removed her from our team credits and in her last couple of years I listed as her position on our brochures, website and books as “heart & soul”. That’s where she touched me and so many who knew her.  I will be dedicating the Heroes Con live awards ceremony to her and give a brief tribute to honor her. I owe her at least that much for her gifts and making my non-profit better than it was when she joined it.  Rest in peace and thank you, Stacey.   Your friend, Bob Almond 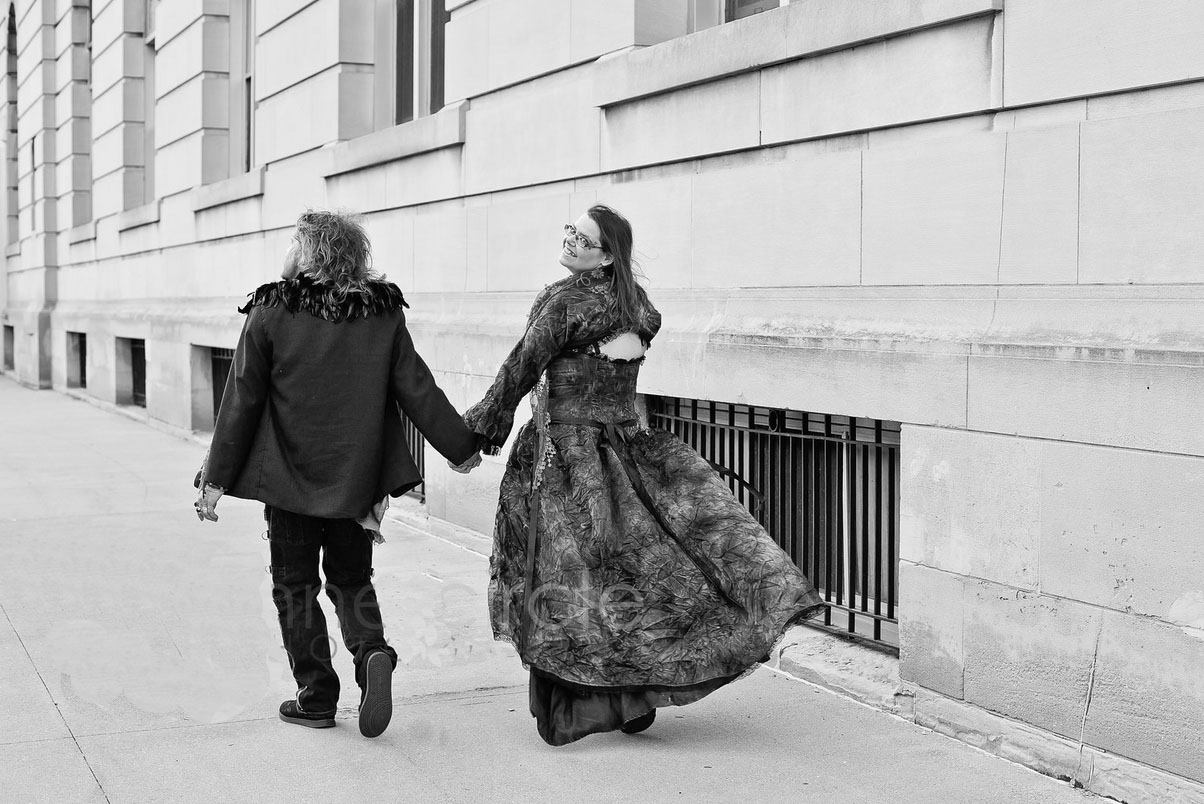 The Inkwells send their condolences to David Hansen and her loved ones who are mourning her loss. I posted the following on my own Facebook page yesterday while sharing David’s announcement:

It happened at 3:01 this morning that after a decade of being sick and battling to survive, this world lost one of the most beautiful and selfless souls I had ever met. Stacey Aragon was a special, one of a kind spirit who had no bounds to her generosity, compassion, kindness, sweetness, strength and courage. I never had the honor to meet her in person but through nothing but some phone calls and numerous messages I knew all I needed to know over the years. That we were blessed to know her and to know her was to love her. She deserved better. Rest in peace, my friend. Thank you for all you did for my organization which you treated as your family, and may your husband and loved ones find peace, joy and love from your memory. We’ll most-assuredly miss you. 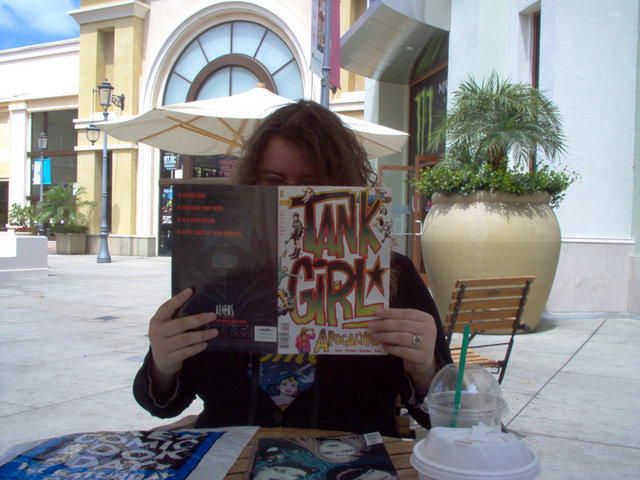 When she joined the committee I asked her for a bio and photo for the website committee page. She sent me several images of her when younger but this is the one she wanted to use and we did. Others are below: After her Ms. Inkwell: (top-bottom) pre-school/wedding/her with her cat Bermuda/and the rest pics from the 2000s.

A rare look at Stacey as a custom designed Ms. Inkwell which she volunteered to do while going to a show to represent us and collect donations. Her collar and tie may look weird but she explained that her treatments made her skin very sensitive to certain materials. I regrettably don’t recall the show she was going to or the year. 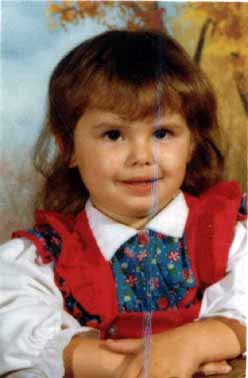 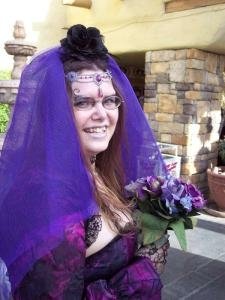 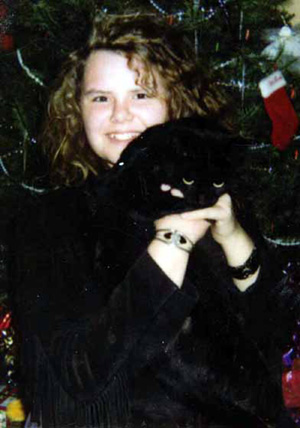 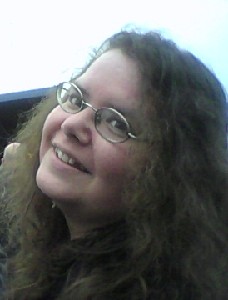 Rich Buckler passed away yesterday after a long battle with cancer.  He was 68 years old. His career spanned decades starting in 1967 to the present and in the 1970s-1980s he had significant runs at the mainstream publishers like Marvel Comics (Jungle Action with Black Panther, Fantastic Four, Thor, Spectacular Spider-man, and Astonishing Tales with Deathlok, a character he created), Archie Comics (Red Circle Comics line), and DC Comics (All-Star Squadron as created by both Rich and Roy Thomas, Justice League, World’s Finest Comics). Rich, or “Ron Validar” a 1970s pseudonym, rendered a wide assortment of covers for the “Big Two”; in a sense his work became a cover house style for them to draw in readers. As an artist he specialized as a penciller, inker, painter, an editor (Archie) and even a writer who wrote How-To books for Solson Publications. He also mentored and recruited artists as assistants that entered the comic book field. Two examples being George Perez and Denys Cowan.

In 2015 Bob Almond asked Rich if he’d accept the position of Inkwell Awards ambassador after listening to Rich repeatedly praise the necessity of comic book ink artists, a position that he accepted. He followed-up in 2016 with a reworked article on his views of inking for exclusive use at the Inkwell website. Rich was the last ambassador inducted to the non-profit organization to date.

“Yesterday the Art Community lost one of its greatest Ambassadors. Rich Buckler lost his long battle with cancer. Rich, having put smiles on so many of his fans faces, is an understatement to his ability to bring comic heroes to life in comics. From the Avengers, to Superman, from the Fantastic Four to the Secret Society of Super Villians, from Black Panther to Black Lightning, from Namor the Sub-Mariner to the Crusaders, and to his Iconic Creation of Deathlok. Rich was not only an artistic creator I had the privilege of bringing to my shows’ artists alley, Rich was my friend. Along with his wife, Mila, they became a part of my life and my family.
I will cherish all the times and memories Rich and I have spent together, he is no longer suffering.
Rest in peace my dearest friend.
RIP, Rich Buckler.
Heaven now has an artist of utmost talent.
I will miss you.
Joe” 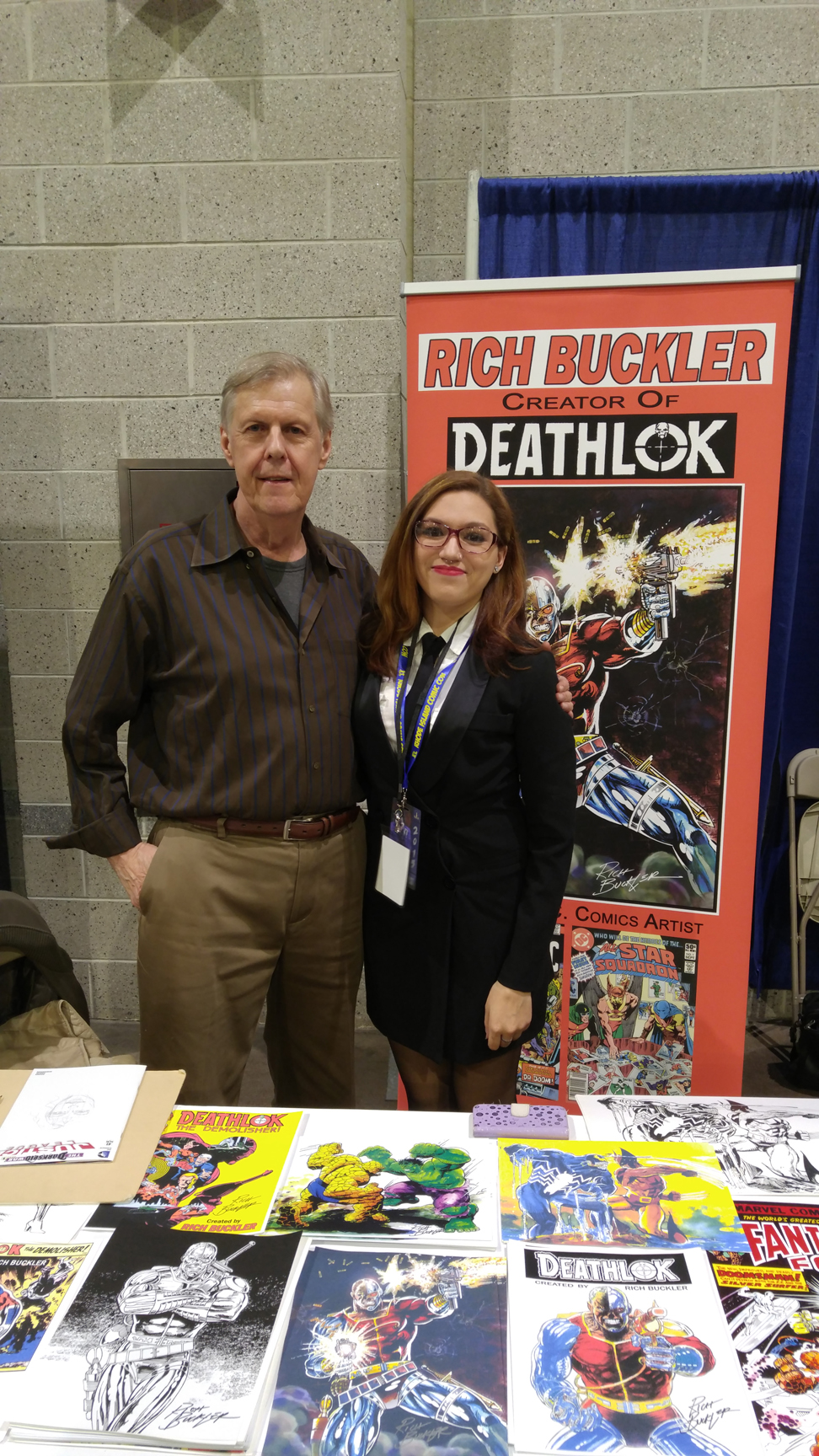 Inkwell Awards friends from the Kubert School Michael Chen and Carol Thomas Hon have informed me and announced publicly today that the award recipient of the 8th Dave Simons Inkwell Awards Memorial Scholarship Fund was awarded on Friday May 5 at their annual awards ceremony to student Brian Benjamin! I regret that Hailey Skaza-Gagne, our spokesmodel Ms. Inkwell and I could not attend this year and appreciated special ambassador and scholarship maestro Clifford Meth filling in for us again. Dave’s sister Bette Simons has been notified and is excited as usual about this. Congrats to Brian and all the students awarded! And thanks to all the donors over the past year for their support!

For the group photo this is the copy that came with it from the school: 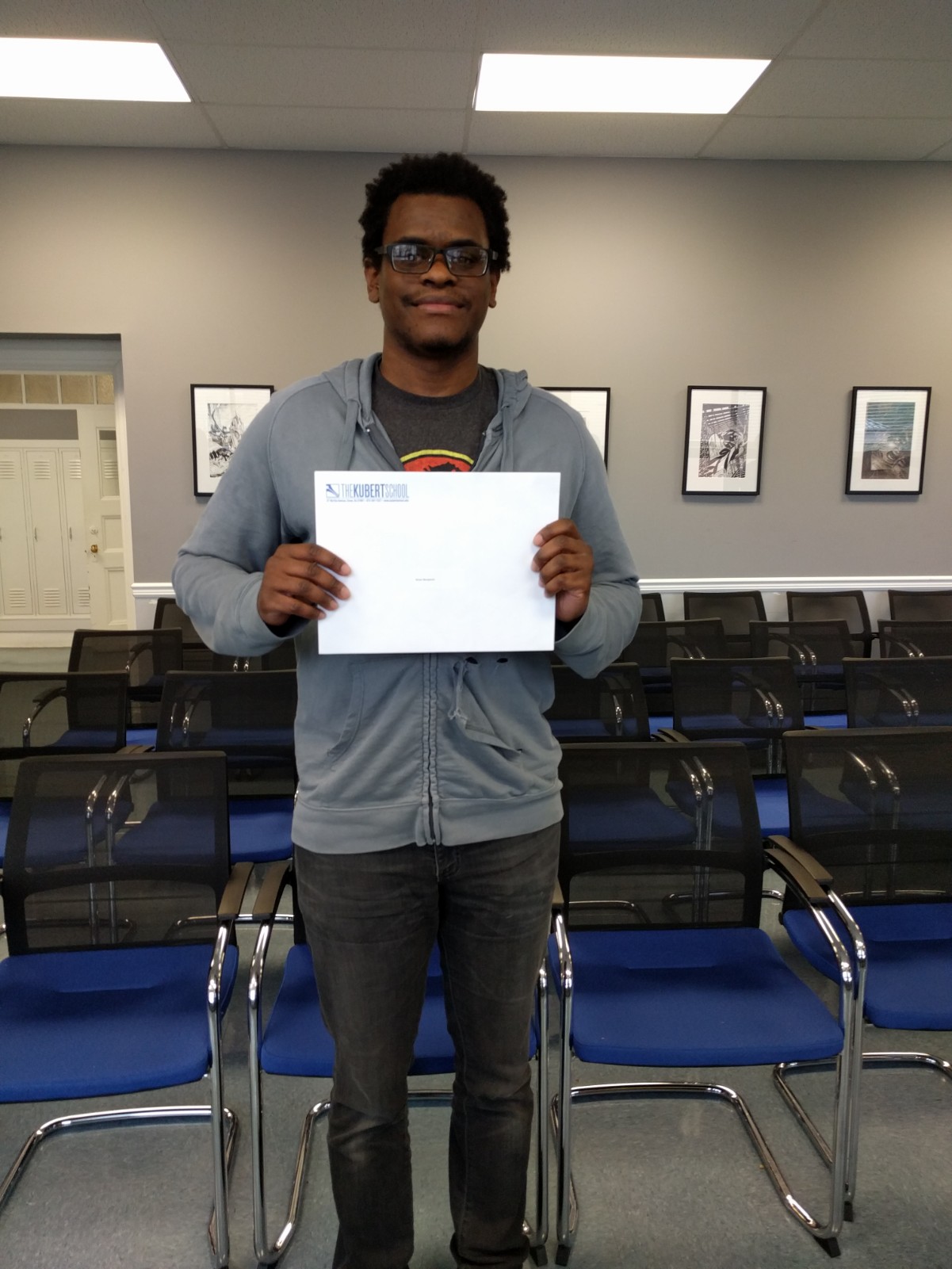 Congrats to all our scholarship and award winners! 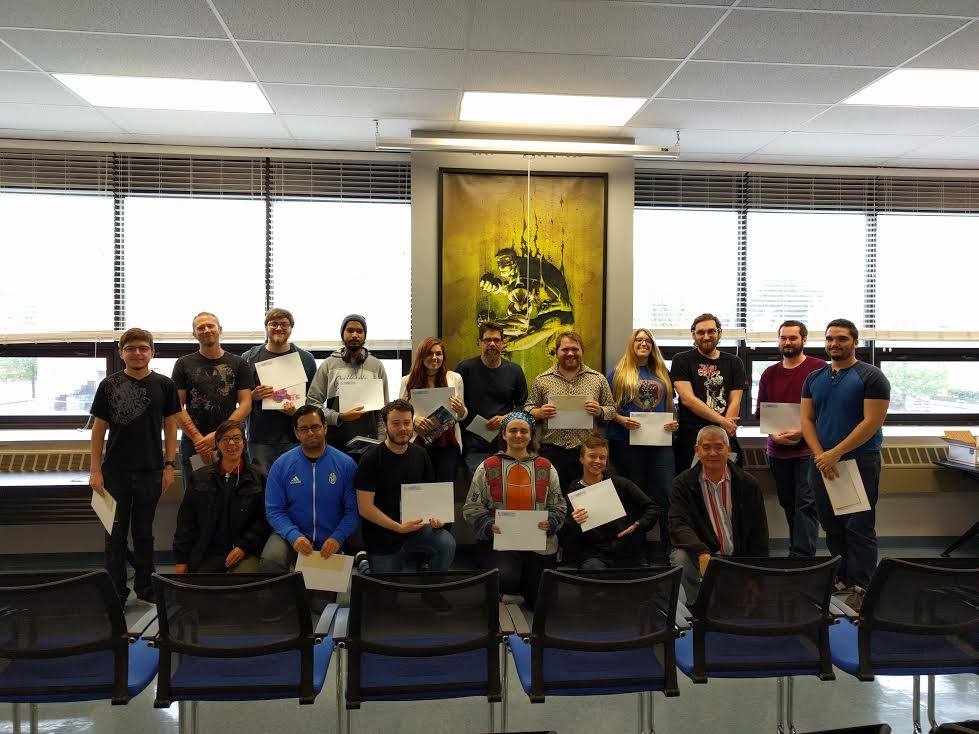 The final wave of the 7th JOE SINNOTT INKING CHALLENGE is running now in our eBay Store until Saturday May 6.  After that we will run two more biweekly miscellaneous donation auction waves (mostly from Indiana Comic Con) with some scattered remainder and new, belated Challenge pages (from both Joe and Neal Adams). These auctions help us cover the travel expenses for our season finale and 7th live awards ceremony at Heroes Con which include trophies and costs to bring in award recipients. (Below, the 2nd and final Sinnott Challenge gif as designed by Mike Pascale.) Happy bidding and thanks for the support!