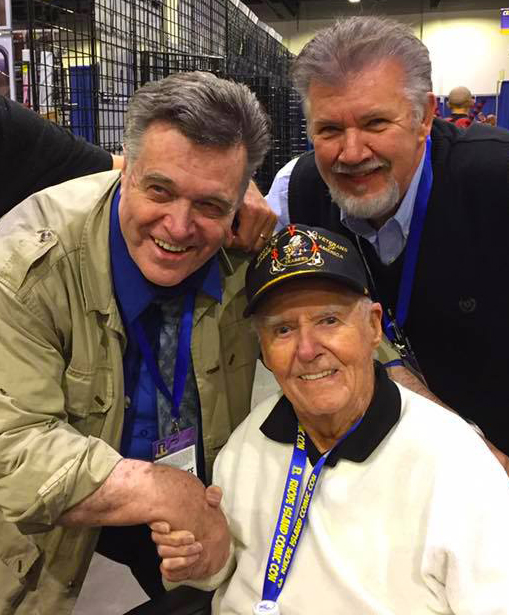 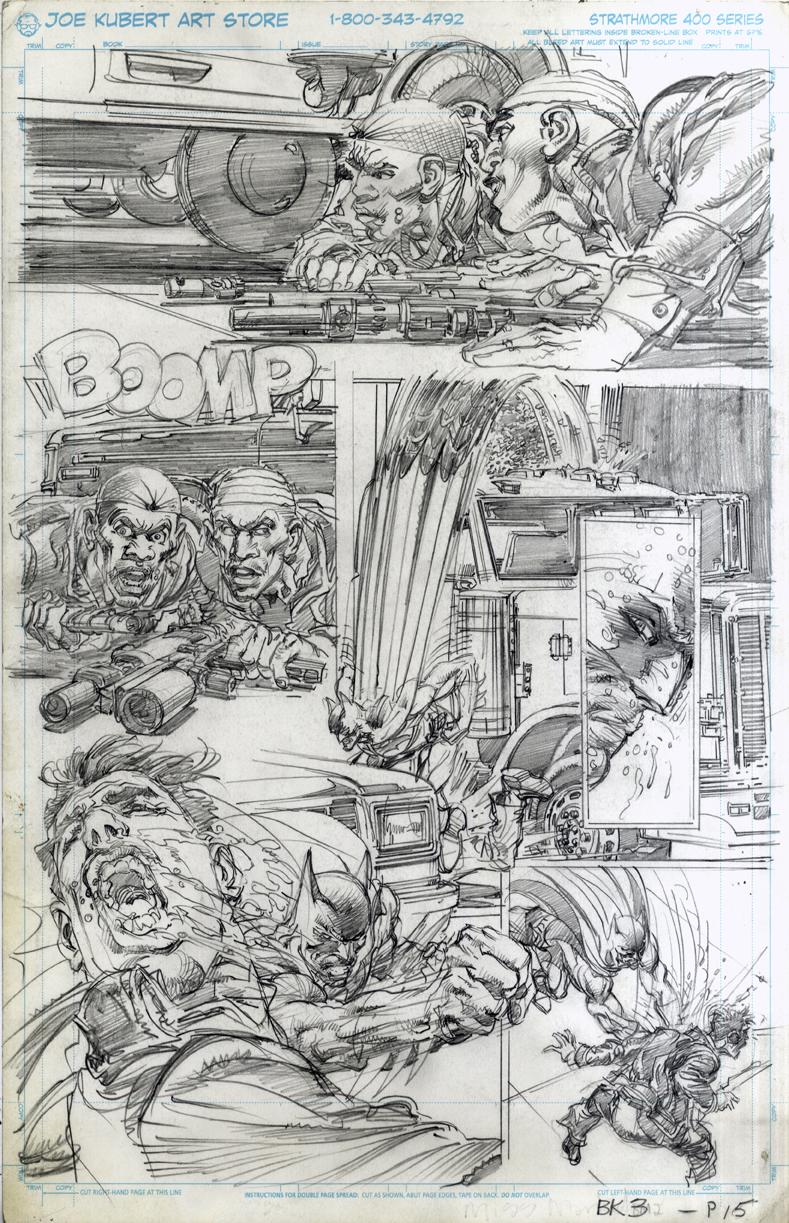 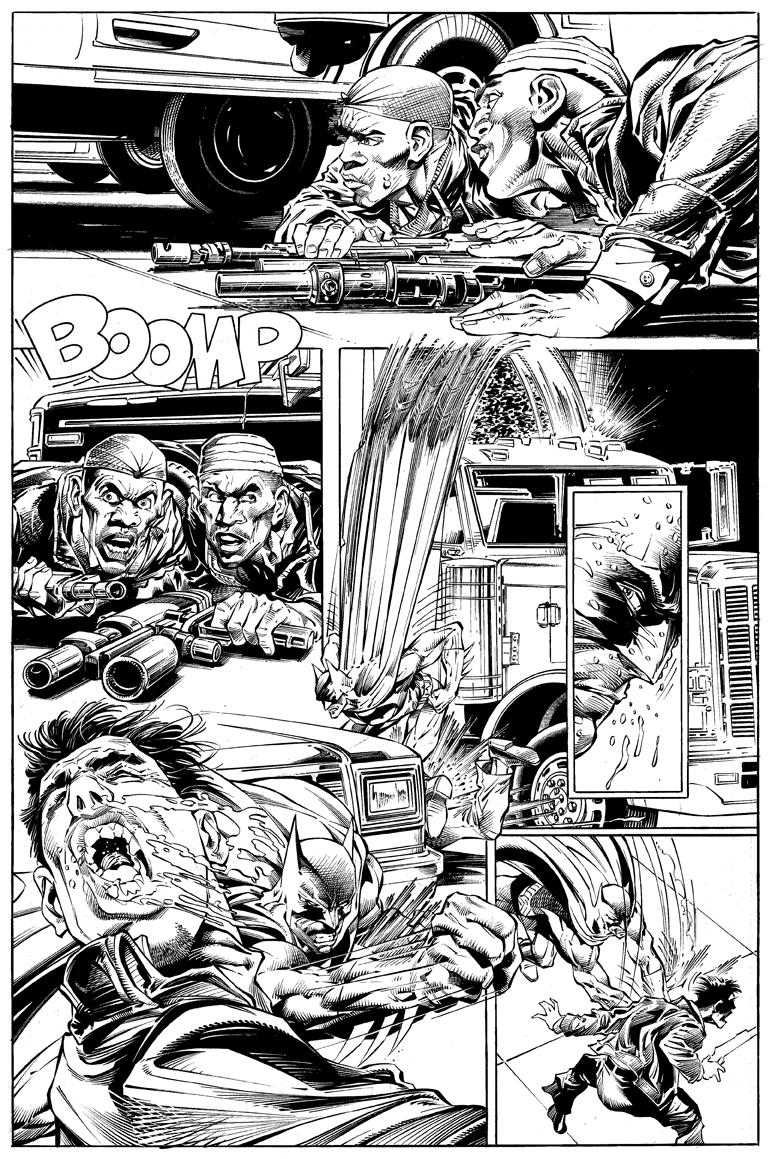 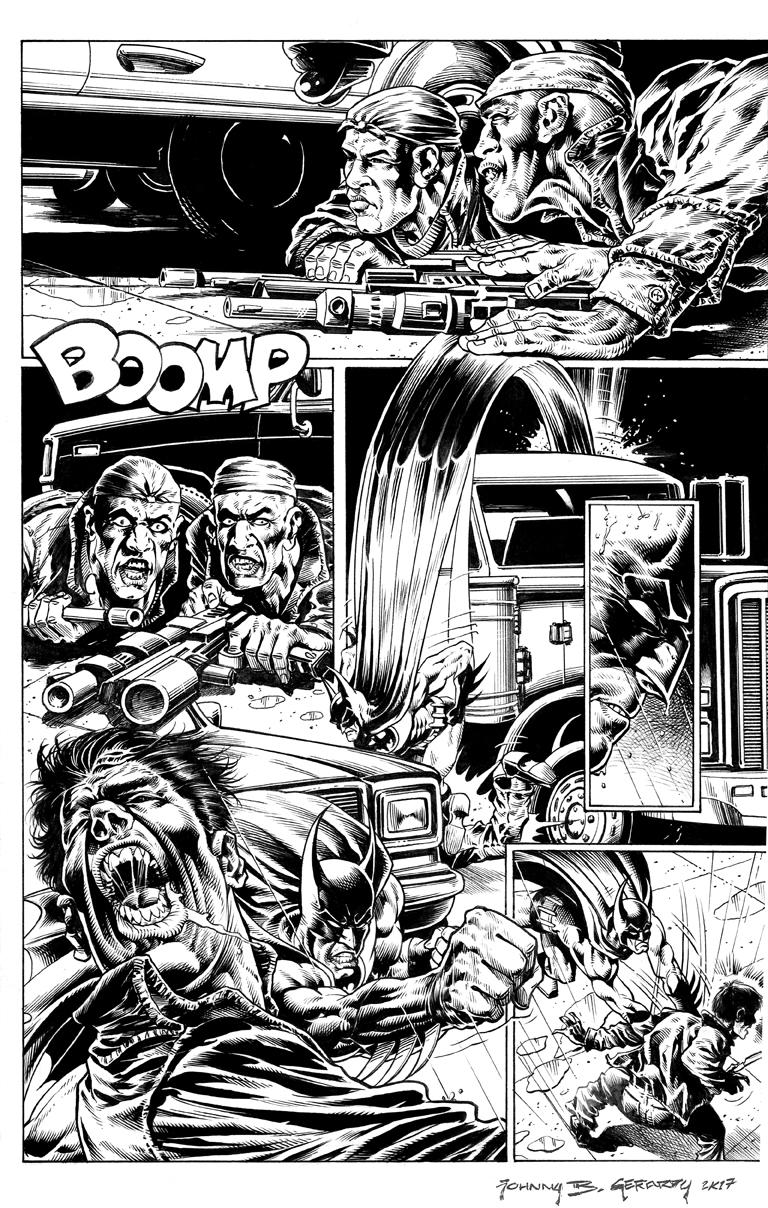 Ink finishes by Johnny B. Gerardy

(New Bedford, MA/USA—March 31, 2017) The non-profit Inkwell Awards, devoted to promoting the art of comic book inking, is offering the artwork for their seventh annual Joe Sinnott Inking Challenge, beginning in April. They have an additional “spin-off” Challenge program, The Sinnott Inking Challenge Spotlight, which this year focuses on the pencil art of legendary creator/artist/writer/publisher Neal Adams. That art will also be on the auction block in April.

“The original Sinnott Challenge has been such an ongoing success, we decided to expand the program last year, with even better results,” said Bob Almond, founder and director of The Inkwell Awards (AKA “The Inkwells”). “We added something new to showcase other contemporary, fan-favorite talents, only on a smaller scale with more established artists who may not have participated in the original program. Last year we proudly featured the amazing pencils of DC co-publisher Jim Lee and this year we’re thrilled to have the great Neal Adams.”

The original Inking Challenge program educates the public about inking by having industry legend and Inkwell Special Ambassador Joe Sinnott do a tight pencil of a character plus a “breakdown”, or rough sketch. This year, the characters are Marvel’s recent film success Dr. Strange and DC’s soon-to-be blockbuster-film-star Wonder Woman. Sinnott’s art is scanned and the file sent in blue-line form to various inkers around the globe to finish and/or embellish in ink. This year, as an additional Challenge wrinkle, both drawings were looser.

Ink artists contributing their skills this year include Neil Vokes, Rusty Gilligan, Alex Garcia, Michael Munshaw, Mark McKenna, J.L. Straw, Johnny B. Gerardy, Mark Stegbauer, Vaughn Noel, Ken Branch, J. David Spurlock, Keith Williams and dozens of others, including members of the Sinnott family. All submitted art may be viewed at The Inkwells’ ComicArtFans gallery. All pieces for this challenge are personally signed by Mr. Sinnott and include a certificate of authenticity.

The Challenge Spotlight program was launched last year by former committee member Erick Korpi with full authorization from Lee and DC Comics. This year’s spotlight on Neal Adams was handled by Inkwells supporter Joseph Goulart and finalized by Almond. Like Lee, Adams chose the specific page but for an extra challenge he chose a sequential sequence instead of a splash or pin-up. All pages will be signed by the inkers and Neal Adams. All will include a COA as well. Submitted pages at press time include those by Jose Marzan Jr., Branch, Kevin Conrad, Richard Bonk, Williams, Sal Velluto, Gerardy, Rodney Ramos, Gerry Acerno, Arne Starr, Mike Barreiro and several students from the Kubert School. Almond added, “Much kind thanks to Neal, Joe and all involved for their cooperation, support of our program, and appreciation of ink artists.”

Auctions for the Adams Challenge art will begin April 1 at the Inkwells’ eBay store and every other week thereafter with the Joe Sinnott Challenge art being offered and possible some late page additions included for the Adams event. The Sinnott art will eventually be collected into book form. Previous book collections in various editions, along with other merchandise, are available for donations to the organization through their Web Store. 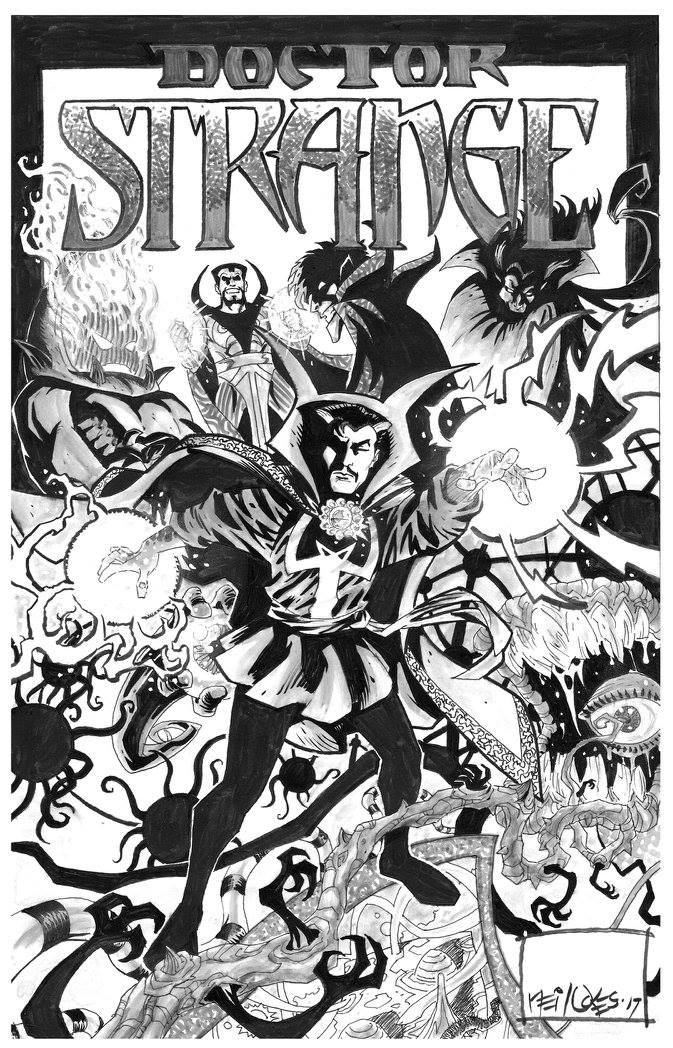 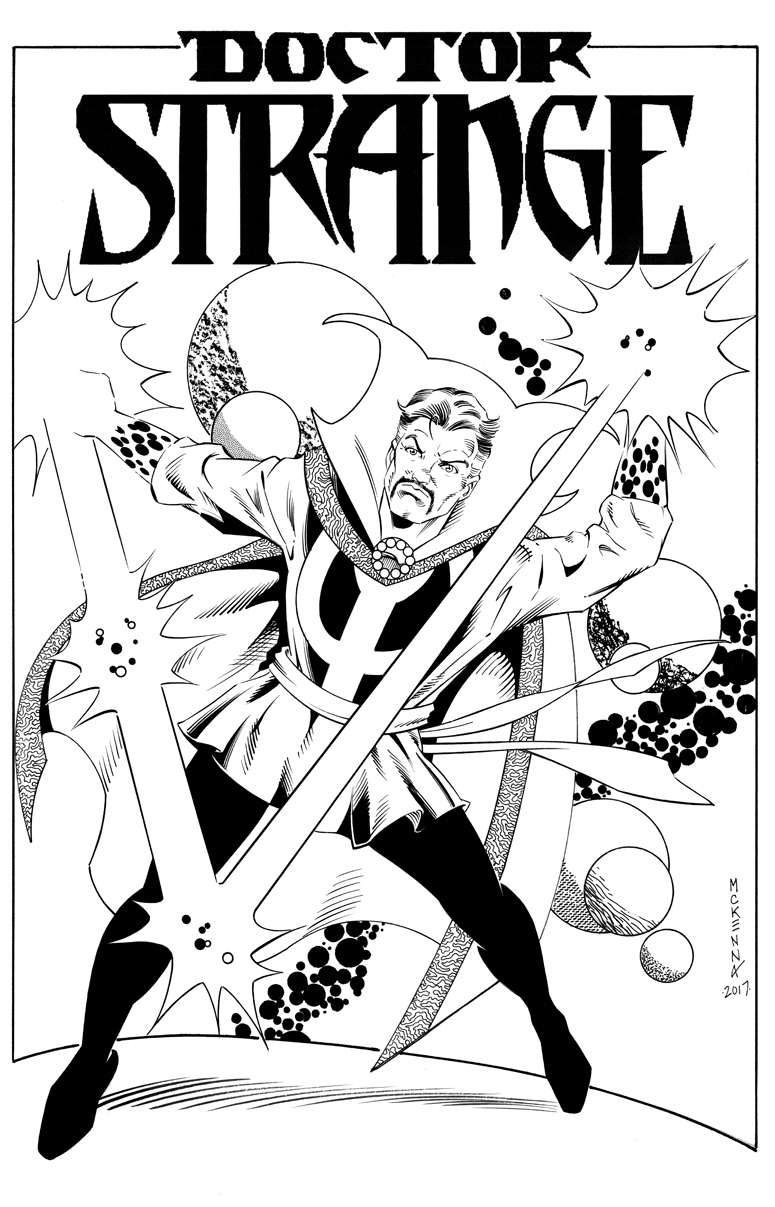 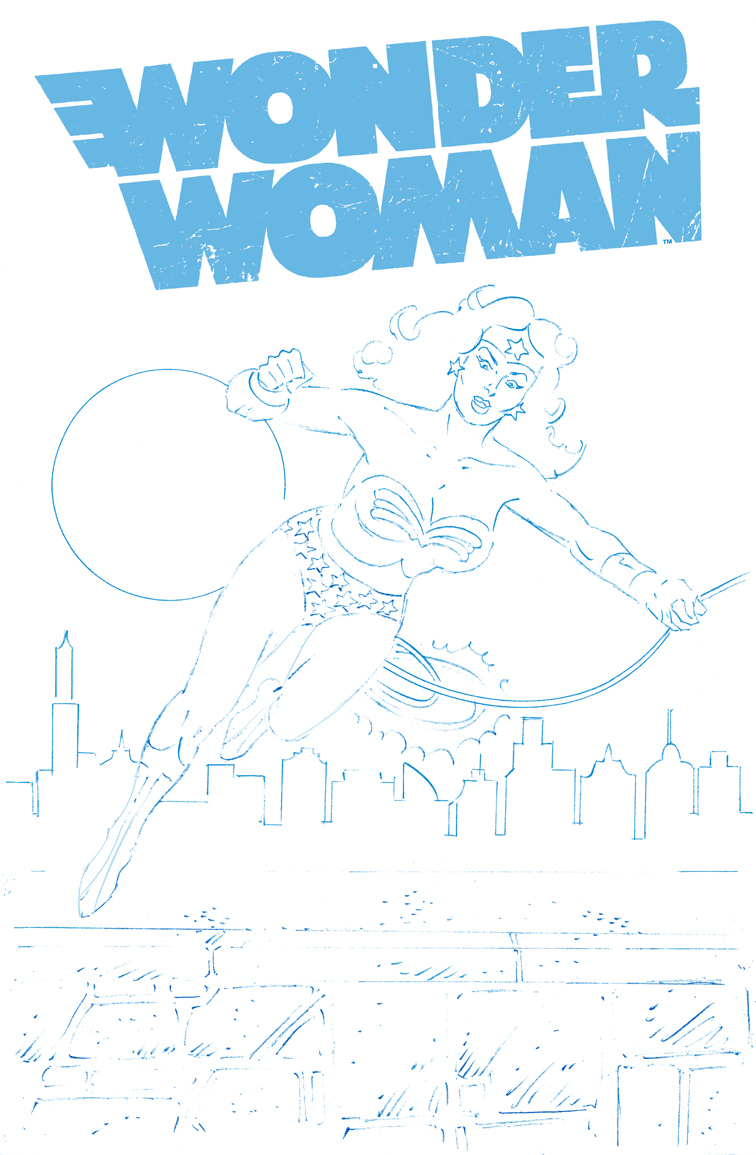 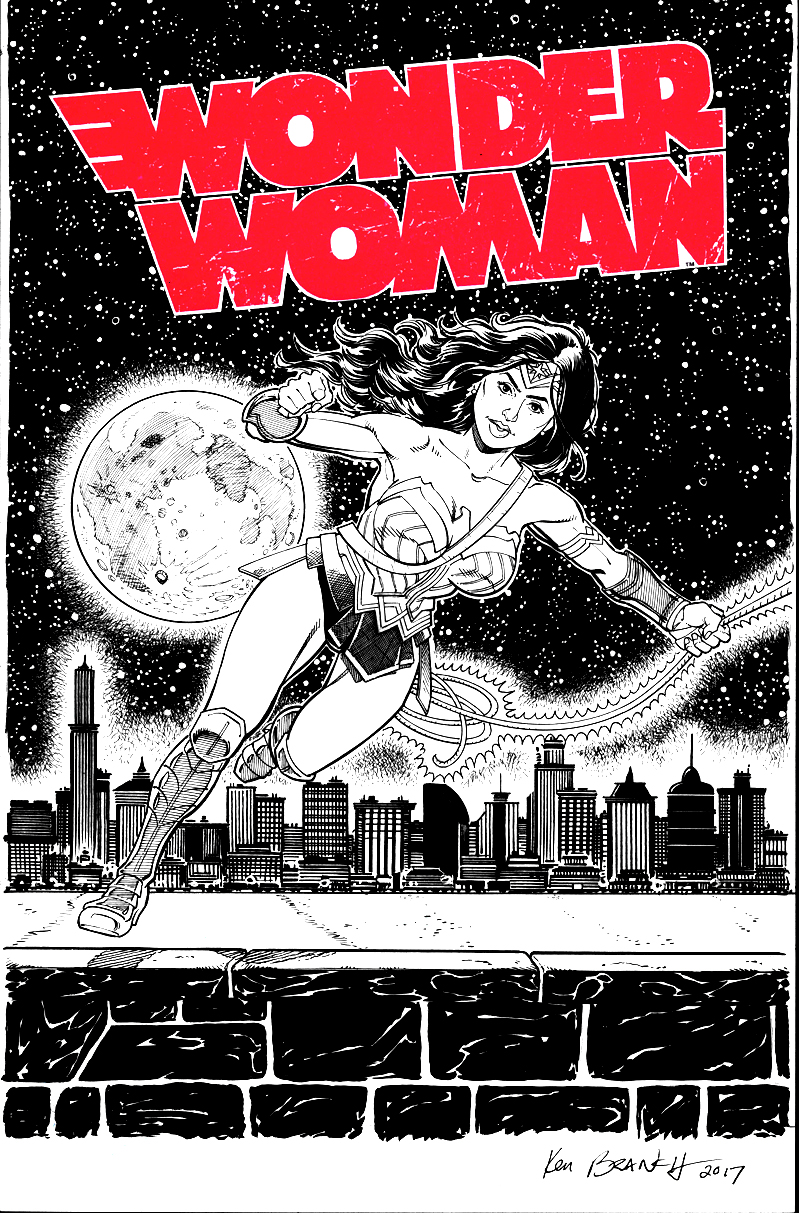 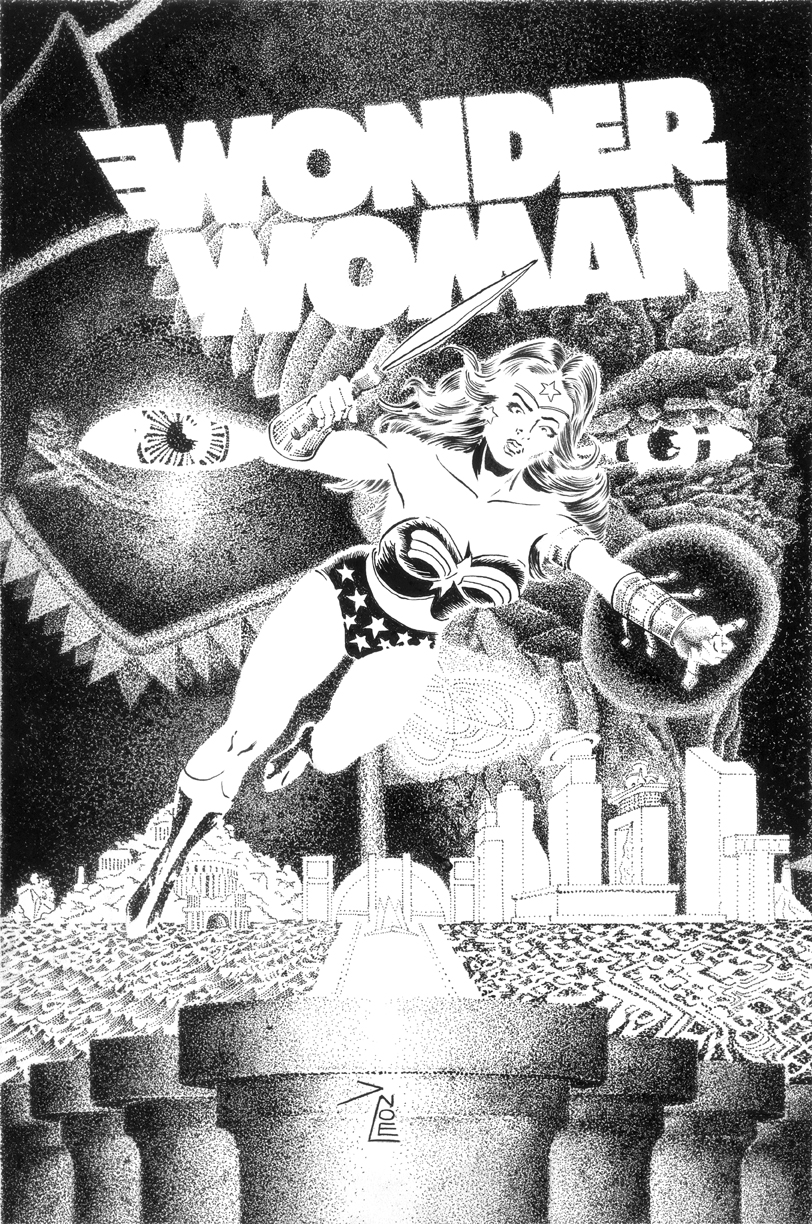 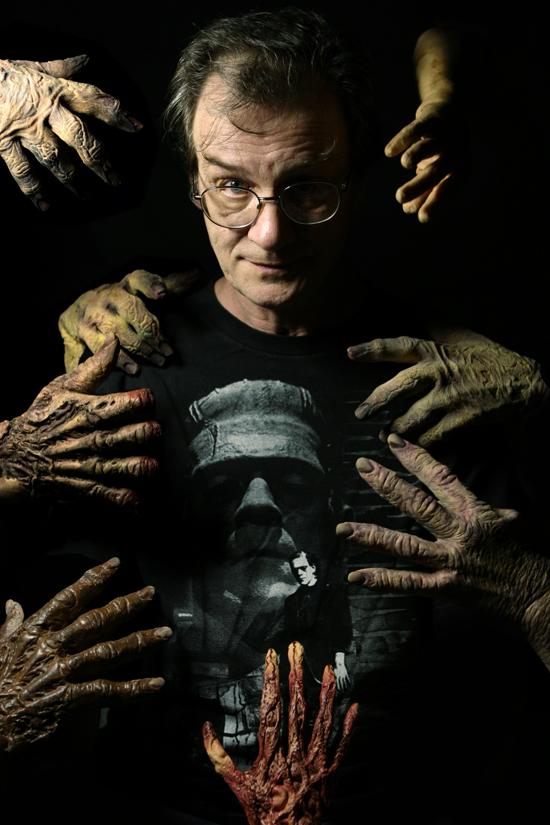 Bernie Wrightson, one of the industry’s most respected and celebrated fantasy, horror, comic-book artists/creators/painters/inkers, has passed away at age 68 after a long illness. One of the four members of “The Studio” (along with Jeffrey Jones, Michael Kaluta and Barry Windsor Smith), Wrightson was one of the select few from the “Frazetta School” of inking whose mastery equalled the original influence, and who in turn influenced new generations to come.

Beginning his professional career at DC Comics in 1968, Wrightson worked for many publishers but is best known for his work on and co-creation of the Swamp Thing for DC, his seminal b/w work for Warren Publishing, and his Franklin Booth-inspired, pen-illustrated adaptation of Mary Shelley’s FRANKENSTEIN published by Marvel. For the last 20 years, Wrightson became equally well-respected as a creator designer/concept artist for Hollywood films. He was the first recipient of The Inkwell Awards’ Special Recognition Award (SRA) in 2015.

“Bernie was one of the best examples of new talent coming into the field. I think he carried the EC tradition on.”
—Joe Orlando (Former EC artist and DC editor on SWAMP THING”)

“…He had the best inkline in the business. His work has an amazing grace to it.”
—Len Wein (Writer and co-creator of Swamp Thing)

“There’s never been, to my knowledge, a brush man that could hold a candle to what Bernie’s laid down…”
—Michael W. Kaluta (Artist and Studio-mate)

“Bernie was so well-rounded. He can draw anything…Bernie really was the standard in horror…[he] transcends comic books.”
—Kelley Jones (Artist heavily influenced by Wrightson)

We at the Inkwell Awards offer our sincerest condolences to Bernie’s family and friends. 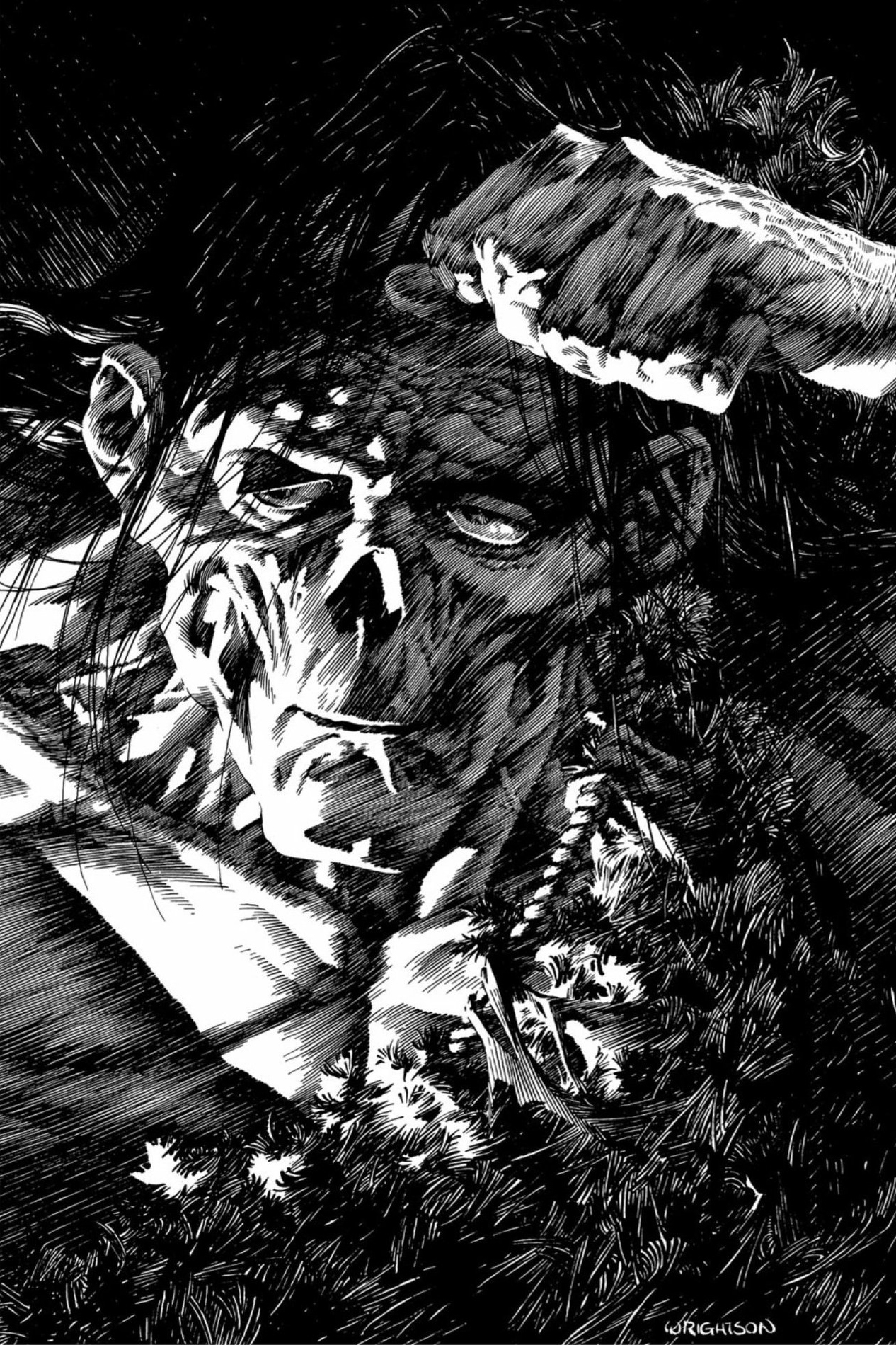 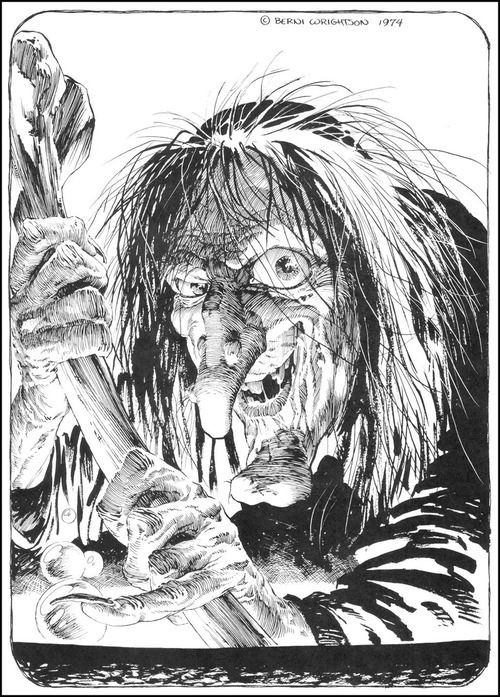 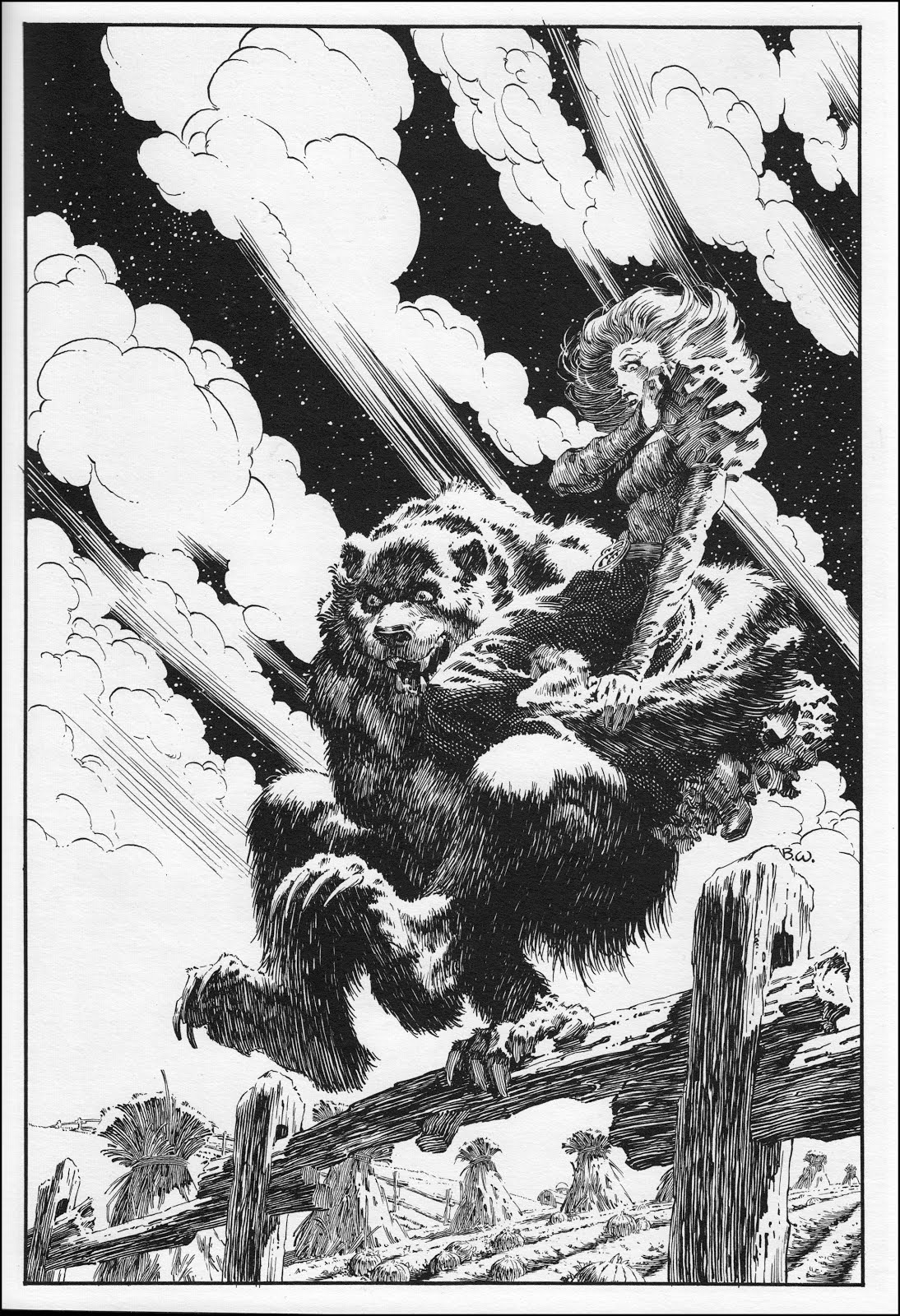 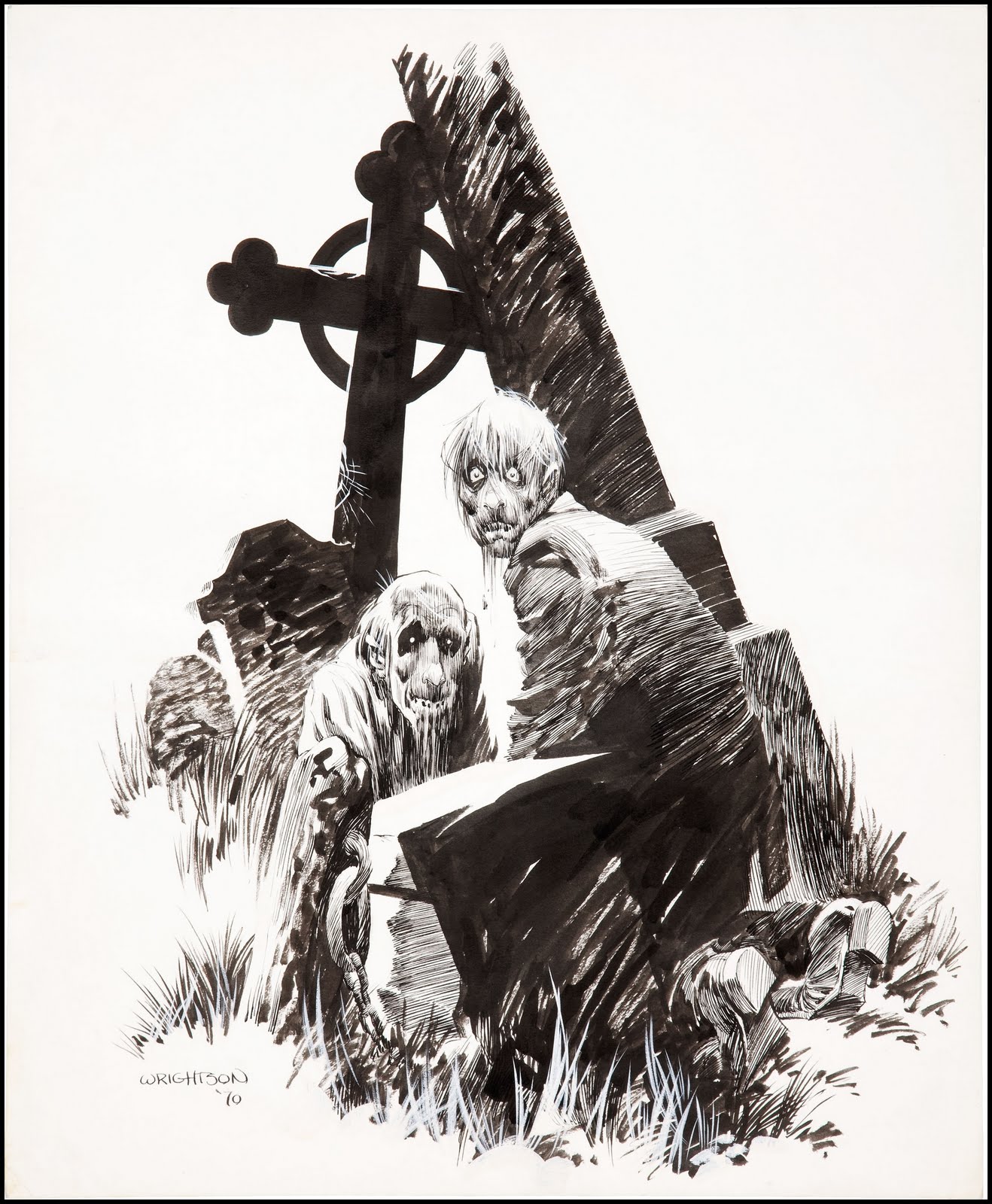 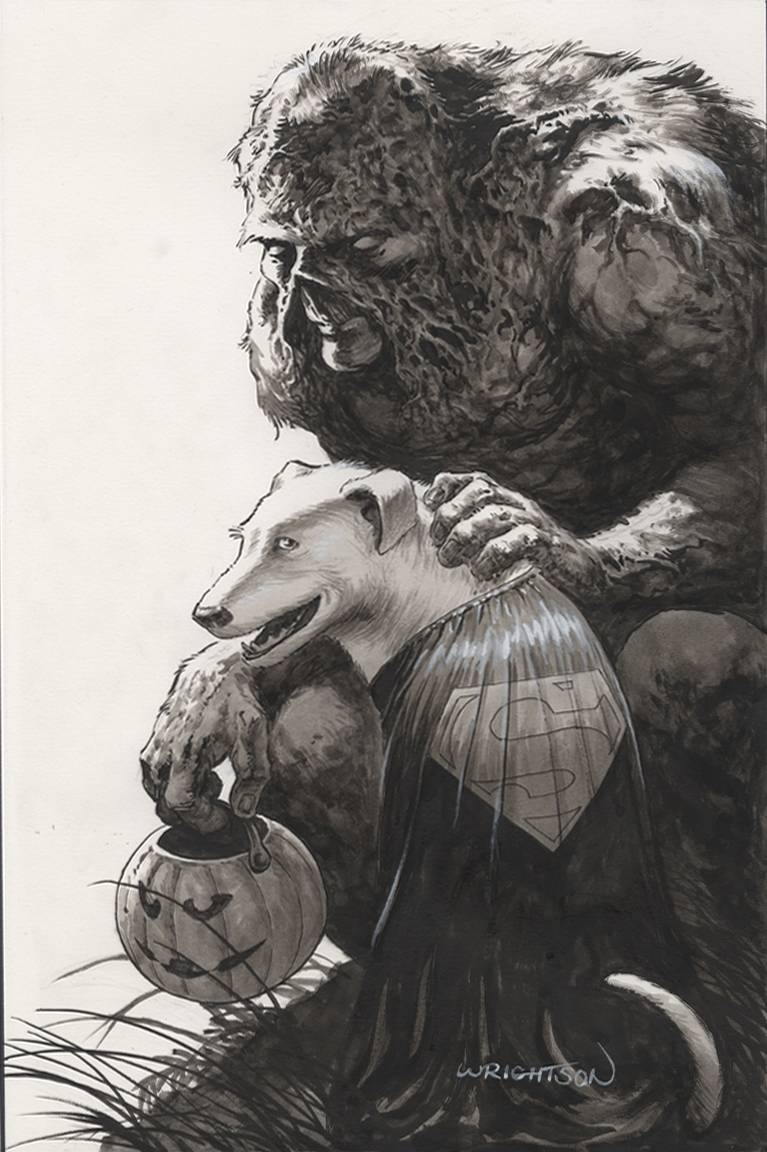 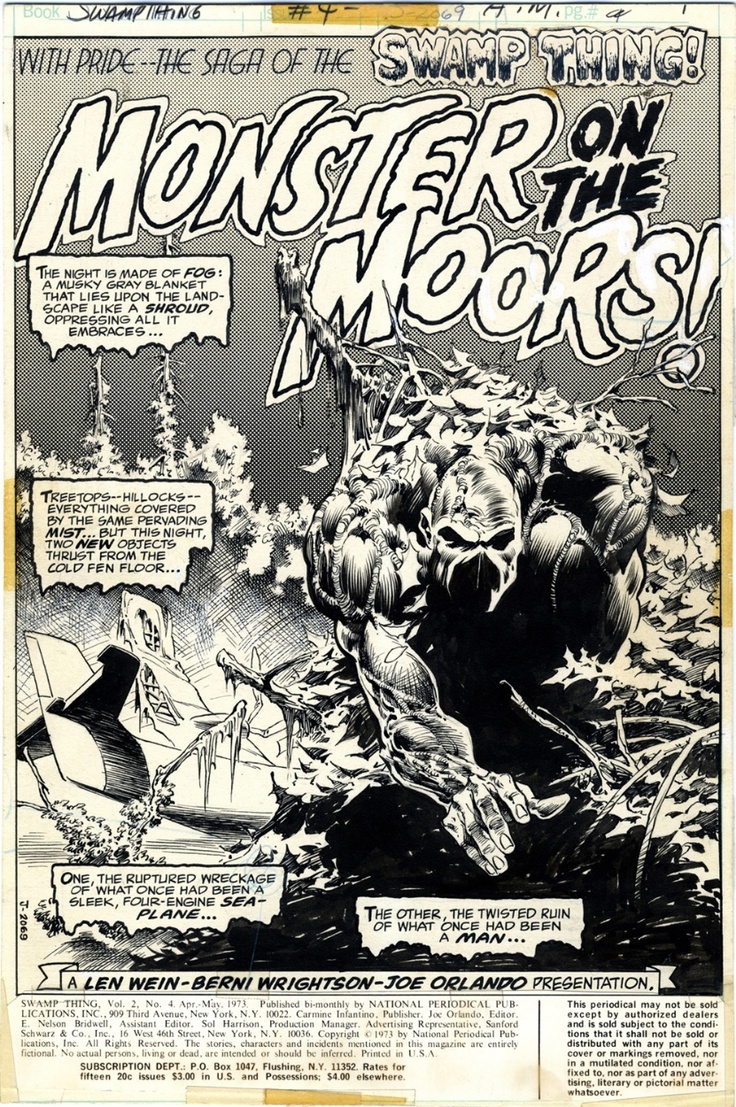 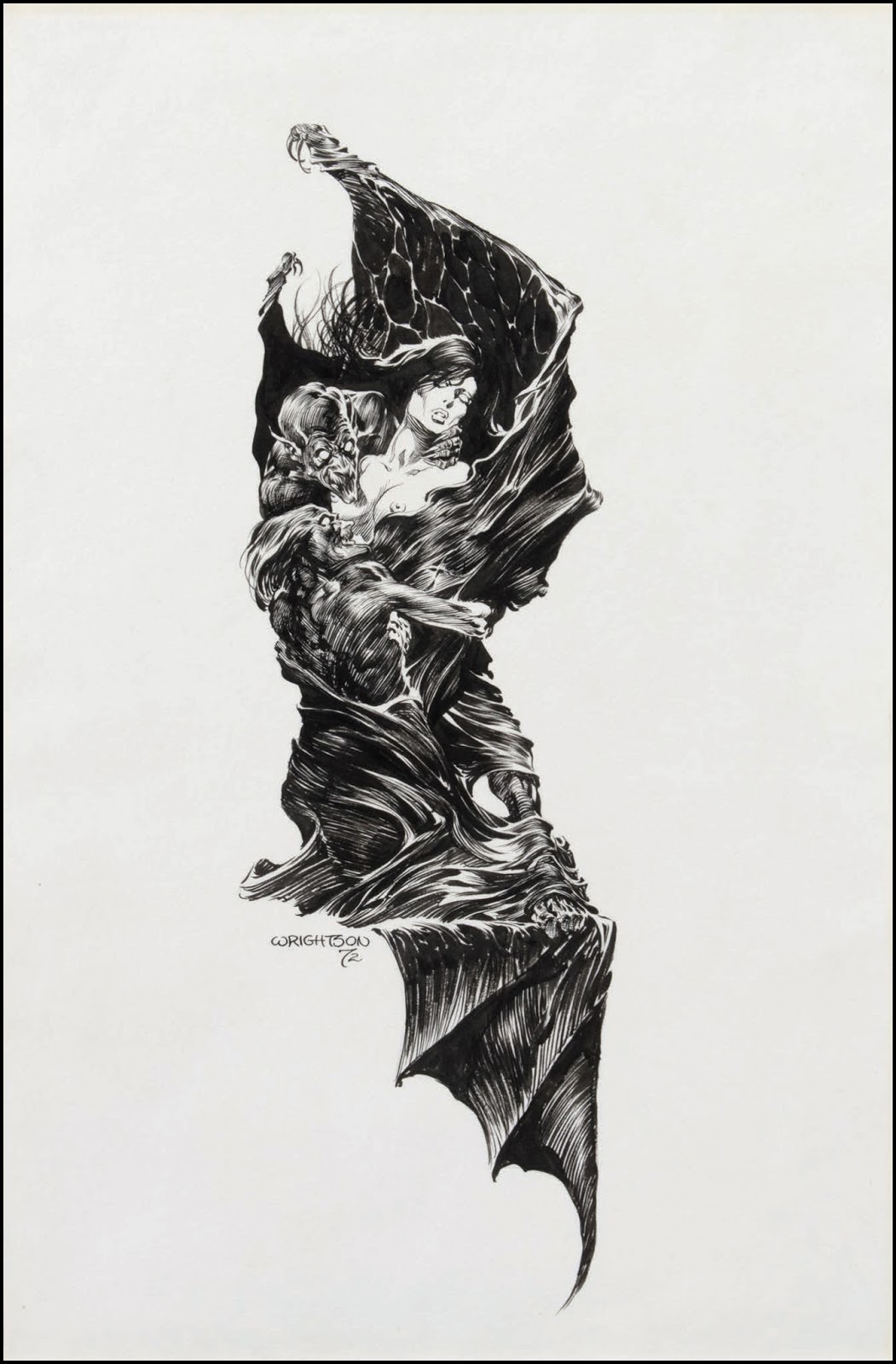 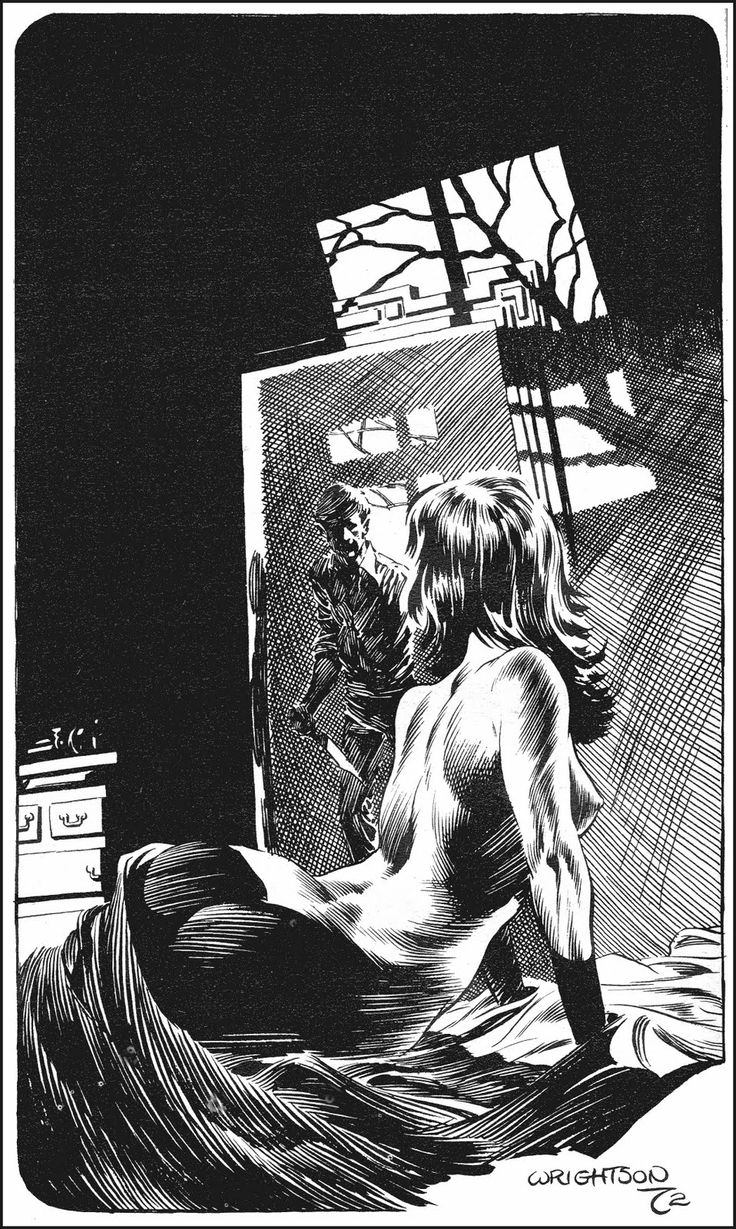 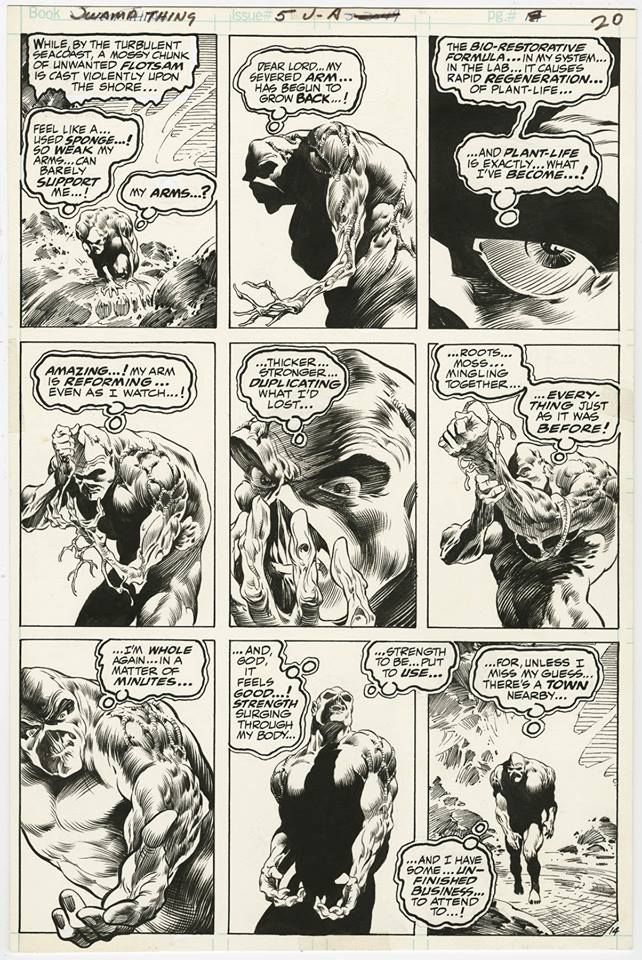 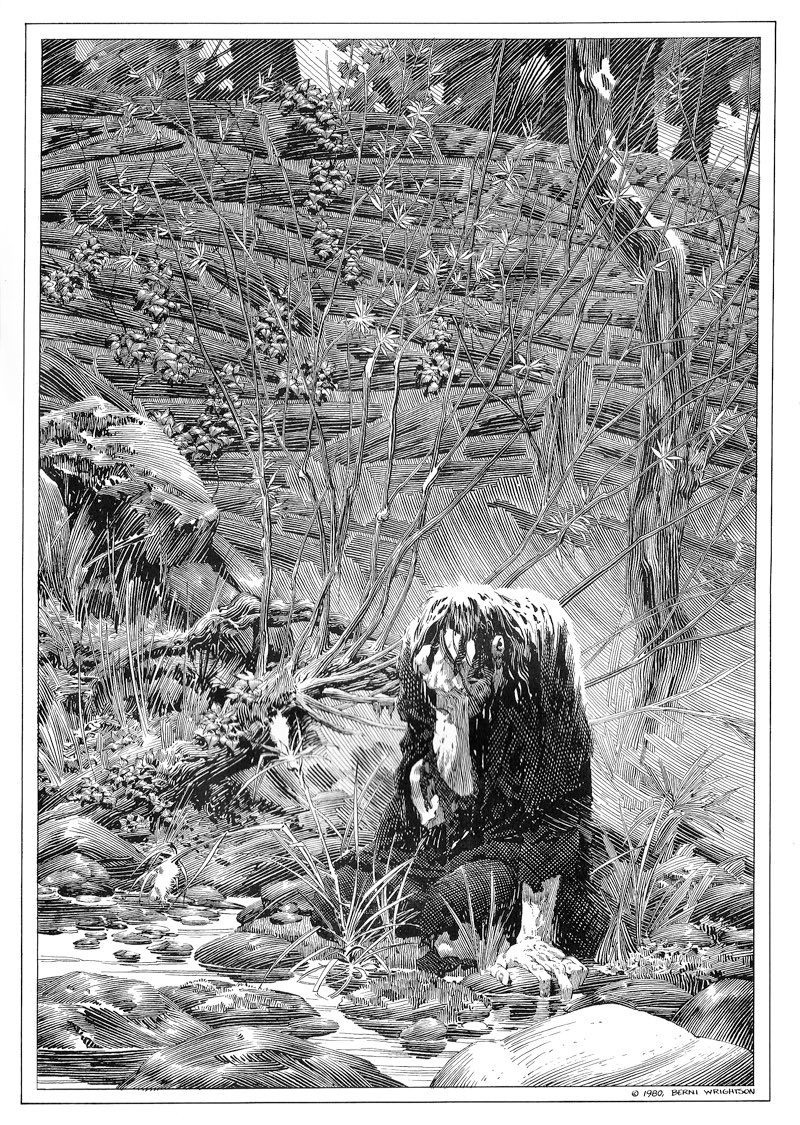 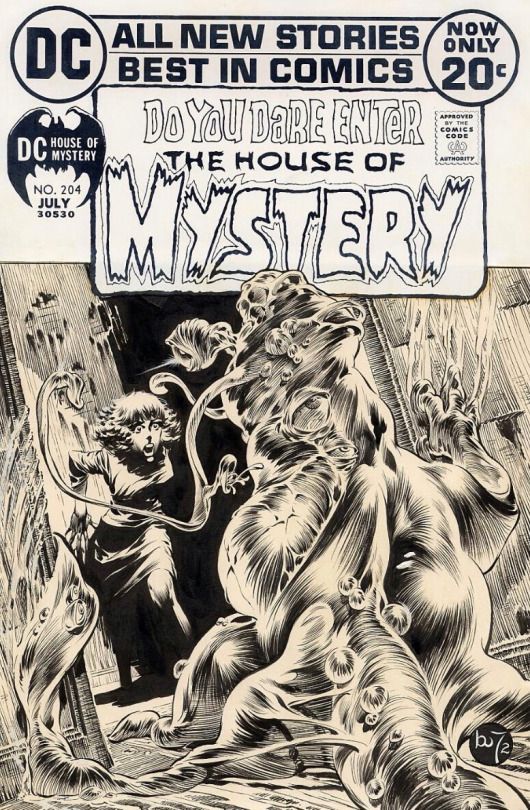 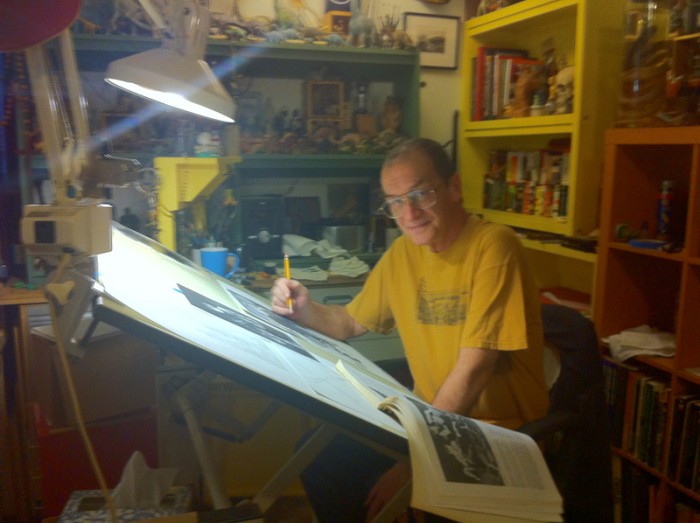 I heard about Dave’s passing on Facebook today and found brief coverage at The Beat. I typed up a few comments on my timeline, copied below, but I hope there will be more coverage elsewhere. You can read more at his Wikipedia page. 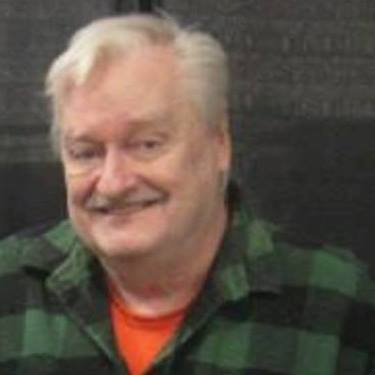 “Rest in peace to ink artist Dave Hunt (1942-2017) He was an ink assistant for Giacoia, Esposito and especially Joe Sinnott for many years before graduating to solo inking jobs in the bronze-age. I only met him 1-2 times at the now-defunct Ramapo NY High School comic cons in the ’90s. We talked briefly and he was a decent guy who I sadly didn’t get an autograph from. But his work over John Byrne and others on Marvel Team-Up and miscellaneous projects left a good impression on me and others.”